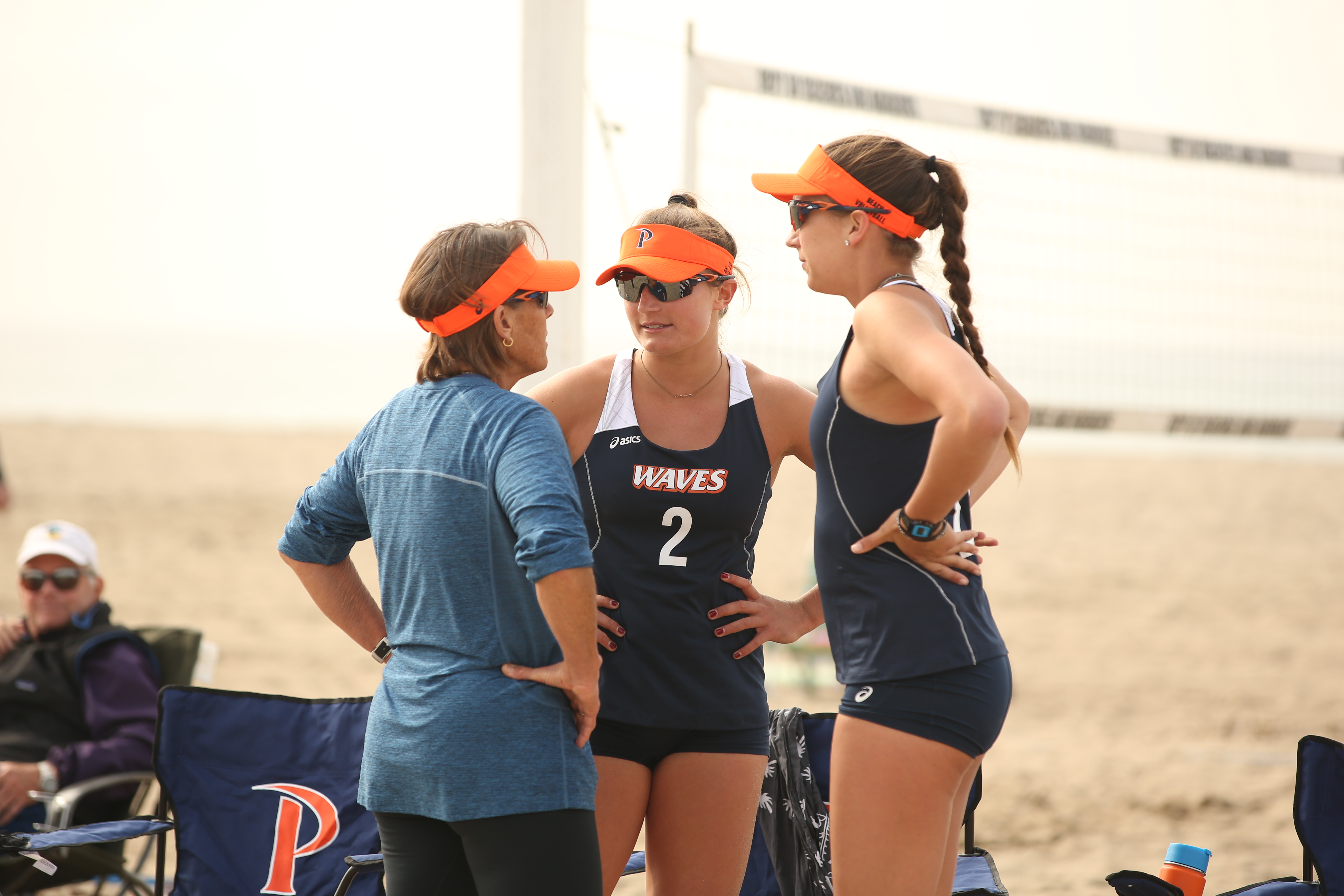 Pepperdine’s Beach Volleyball team opened their season at Zuma Beach on Saturday, walking away with one win and one loss. The No. 3 pair of sophomores Skylar Caputo and Heidi Dyer contributed wins in both matches.

“I thought the team played absolutely fantastic,” Head Coach Nina Matthies said. “It was just what we expected, tough competition for our first weekend, but we came out 1-1 and I’m really happy with how we played.”

The first game ended with an exciting 3-2 win over UCLA, which propelled them ahead of UCLA in the rankings. The preseason poll had the Waves at No. 4 and the Bruins at No. 3, which has since been reversed.

Senior Delaney Knudsen, who has been a four-year contributor to the squad and played on the No. 1 pair with sophomore Madalyn Roh last weekend, said she felt good about the win.

“I felt really optimistic after our first competition,” Knudsen said. “I think our team experienced a lot of nerves on our opening day which is to be expected, but we still pulled out a great win against UCLA which was fantastic.”

The first win of the day for the Waves came from court two, with junior Corrine Quiggle and graduate student Brittany Howard taking a 21-15, 21-19 win over the opposing Bruin duo.

“I thought that we did really well in our first competition but we always have room to improve,” Quiggle said. “It was an awesome test to see how we stack up against some of the top teams in the country.”

Knudsen said she hopes that once the first-day nerves wear off, the Waves can continue to improve.

“I’m really excited to see what we’ll be able to do as everyone settles into the feel of competition over the next two months,” she said. “As a senior, I am most looking forward to working hard with my girls for these last two months and experiencing everyone’s improvement on our team. It’s amazing to see how much better we are getting every single day because of the fantastic culture of motivation and dedication we have on the team this year.”

“We’ve been training since September with no competition so last week was our first time to play someone else,” Mattheis said. “We will hopefully just keep getting better every single weekend and every match.”

The Waves are chasing their second West Coast Conference title this season, as well as their third national championship.

The Waves head to Manhattan Beach this Sunday for the East Meets West Invitational, where they will take on No. 2 Florida State and No. 7 Georgia State.