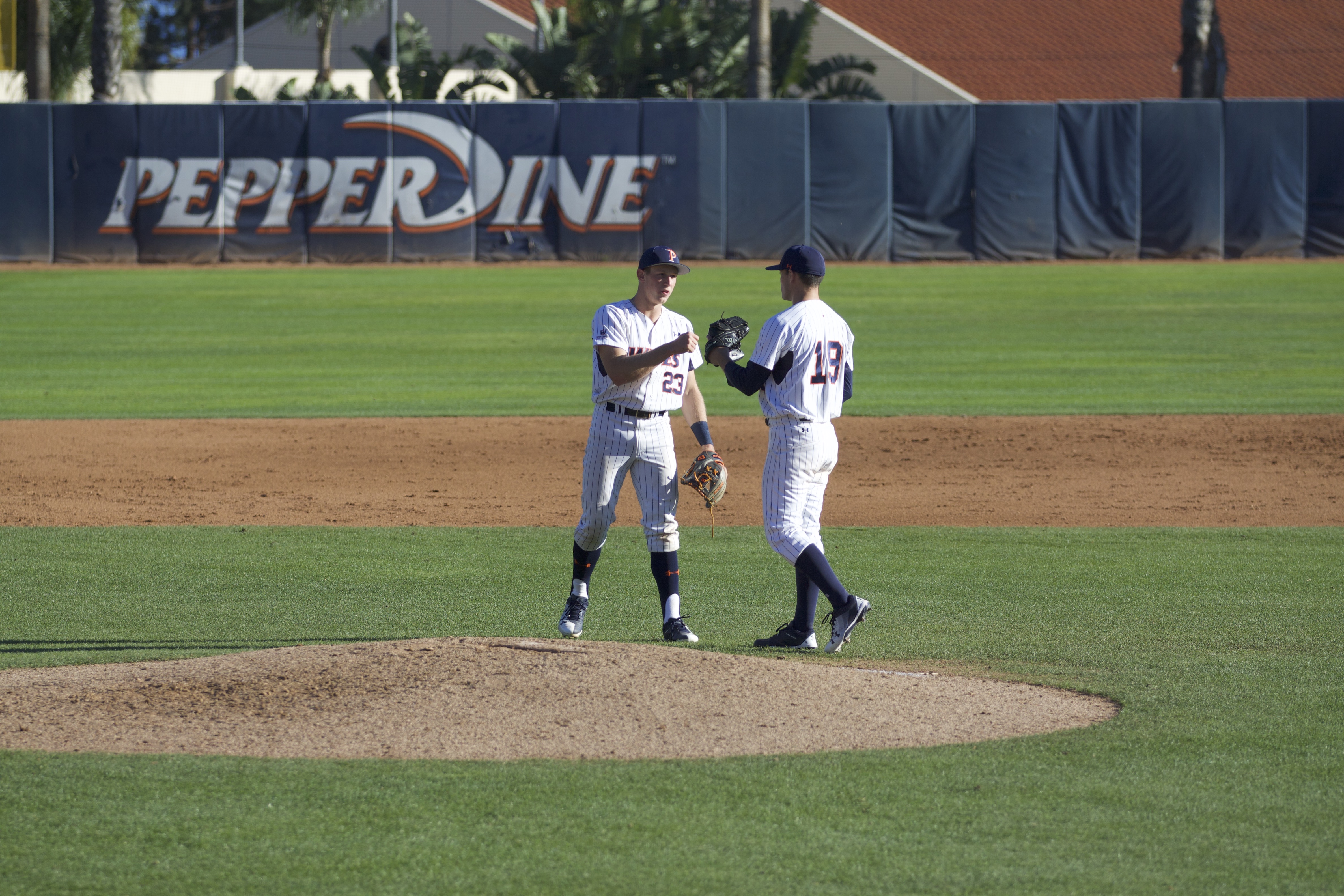 Pepperdine Baseball took on Michigan State for a three-game series over the weekend. Despite their strong start and a 5-1 win in the first game on Friday, the Waves were unable to keep the momentum and lost 5-2 on Saturday. Pepperdine finished the series on Sunday with a tough 1-0 loss. 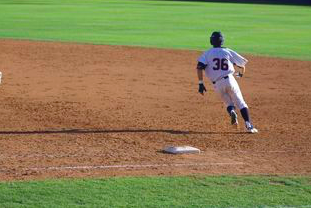 The Waves had a promising start to the series with their strongest hitting performance of the season. Although Michigan State was the first to score in the second inning, the Waves started their counterattack in the bottom of the third inning, when redshirt freshman infielder Brandt Belk got on with a single through the right side. Belk advanced to second when junior outfielder Matthew Kanfer singled in the right center gap. With two runners on, redshirt junior outfielder Jordan Qsar hit his first home run of the season to bring in three runs, putting the Waves ahead by two for a score of 3-1.

In the fourth inning, redshirt junior infielder Chase Lambert hit the second home run of the game to center field to put the Waves up 4-1. During the bottom of the fifth, freshman infielder Billy Cook reached on a walk and advanced to second with a ground out by junior outfielder Cory Wills. Cook then advanced to third on a balk. With a runner in scoring position, senior outfielder Josh Davis singled to shortstop for an RBI which gave the Waves a four-run lead. The Waves ended up winning the game, 5-1 with the offense going for 12 hits.

Sophomore pitcher Wil Jensen provided defensive support on the mound during the eight innings he pitched. Jensen struck out nine players throughout the game, gave up zero walks and only one run on five hits before senior pitcher Kiko Garcia came in as relief in the ninth to finish out the game. 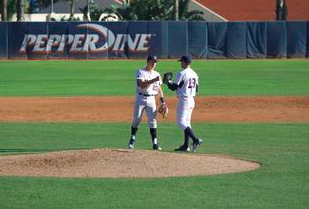 In the second game, the Waves went up early with a run in the first. Sophomore infielder Quincy McAfee doubled to left center, advanced to third on a passed ball, then scored on a wild pitch for the first run of the game. Redshirt junior pitcher Christian Stoutland held Michigan State scoreless until giving up a run in the top of the fifth. However, the Waves answered back and retook the lead in the bottom of the inning for a score of 2-1. Sophomore infielder Aharon Modlin advanced to second with a sacrifice bunt by sophomore catcher Joe Caparis after getting hit by a pitch. Modlin advanced to third on a ground out by Lambert then was hit in by McAfee’s single up the middle.

Unfortunately, Michigan State capitalized on the Waves’ pitching change in the sixth and scored four runs on four hits. The Waves fell to Michigan State 5-2.

Stoutland, who started the game, finished five innings with only three hits and one run. He gave up no walks and assisted the Waves by striking out six of the 21 batters he faced.

“I got into a bit of a jam the second inning, the first two runners got on base, but I was able to minimize the situation and get the next three batters out,” Stoutland said. “There’s a lot of pressure out on the mound. Your performance directly impacts how the team is going to do.” 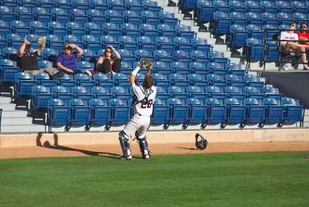 Michigan State continued their success into the final game of the series. The third game was a defensive duel between the two teams with pressure on the pitchers to close out each inning. Redshirt sophomore pitcher Easton Lucas started the game for the Waves and pitched six innings before passing the ball off to freshman pitcher Jeremy Farraye. The Waves went through two more pitchers following Farraye, with redshirt sophomore pitcher Michael Mahony and Qsar sent out in relief.

Despite a solid pitching performance by Lucas, Michigan State managed to score a run in the top of the third and the Waves were unable to make a comeback. The Waves fell to Michigan State again for the final game of the series 1-0.

Although the Waves had a positive start, the series did not go as hoped as Michigan took two of the three games. Defensively, the Waves were almost spotless with only two errors throughout the series. However, they could not deliver at the plate leaving 22 runners on during the weekend.

“It didn’t go as planned, as we went 1-2,” Davis said. “Our bats just weren’t clicking yet, but we have a lot of potential. The pitching really picked us up. Once our hitting comes around, we’ll be in good shape. The first game we came pumped and ready to play. Then, the next two games our bats just weren’t alive. Once the nerves get out, our bats are for sure going to come around.”

The Waves fly to the east coast to take on Eastern Carolina. Their first game of the road weekend series will take place beginning on Friday, Mar. 2 at 1:30 p.m.