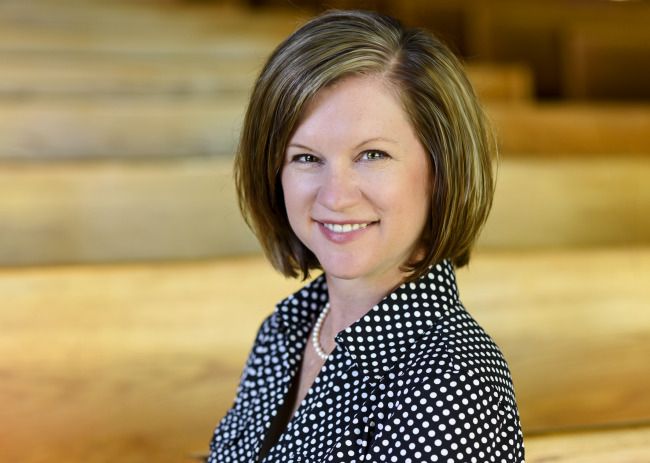 A day in the life of  Chaplain Sara Barton could include a variety of things from presenting a devotional at the monthly President’s Briefing to writing cards for Pepperdine’s sick or grieving to simply sharing a cup of coffee with a student. Barton said she likes the constant change: “Every day is different,” she wrote in an email. “And I find that energizing.”

Barton began her role as chaplain July 1 — a major change from working as a professor in the Religion Department of Rochester College in Michigan. Now she has much more on her plate. She and her family are adjusting to life in California. Barton has a son, Nate, who attends Pepperdine and is Life & Arts Editor of the Graphic. She also has a daughter, Brynn, who recently left home for Abilene Christian University. Her husband, John, is a first-year religion professor at Pepperdine.

At the same time she’s pursuing a doctorate in ministry from Lipscorb University.

In her downtime, Barton said she is interested in include exploring the LA area, searching for a new favorite Ethiopian restaurant and reading Tina Fey’s “Bossypants” and a collection of Sabbath poems by Wendell Berry.

As far as her goals for this year, she’s keeping them simple. “I am eagerly learning a new job, and that takes time and patience,” she wrote. “Every day, I’m meeting new people and learning how I can serve pastorally and organizationally at Pepperdine.”

Adjusting to new places is not unfamiliar to Barton, who lived in a town called Jinja in southeast Uganda for eight years on a mission trip with the Kibo Group before returning to the United States in 2002. While there, Barton learned to speak Lusoga and had experiences that have helped her prepare for her role as chaplain at Pepperdine.

“God has been working at Pepperdine a long time, so I’m eager to learn how I can best join what is already happening here,” she wrote.

Barton has already been involved in campus life. Before students moved back to campus for the fall semester, she helped plan the annual prayer service for faculty and staff.

“At the service, we prayed for students prior to their arrival on campus, and we prayed for faculty and staff as they geared up for the coming year,” she wrote. “It was a powerful service as we dedicated the academic year to God.”

Barton has already left an impression on several students. Senior Hannah Novak met Barton at the Unplugged Retreat for spiritual leadership in January.

“I was impressed by her gravitas but also put at ease by her amicability,” Novak wrote in an email. “I really appreciate her spirit, which really beautifully combines meekness and boldness. She is very gentle but also strikes me as a real powerhouse in her faith.”

Barton said she is looking forward to participating in the annual 9/11 devotional at Heroes Garden, the Thanksgiving service and the Christmas service, which she says is “one of the few times everyone is invited [to worship together].”

As for her long-term goals, Barton wrote she is still developing them along with Dean of Student Affairs Mark Davis.

“I love working with Sara because she’s just first and foremost a great listener,” Davis said. “She’s also a visionary in that she has some great ideas on how to bring some more intentionality to our spiritual life.”

According to Davis, one of their over-arching goals is to create a more unified and synergized spiritual life on a campus with so many options for spiritual activities.

Davis said the current focus is to improve existing programs such as the Mission and Heritage series, four programs designed for first-year seminars, which will be held on Tuesday nights in the near future.

Davis also said Barton will be acting as a chair to a Student Affairs Spiritual Life Committee.

“Rather than just chairing the meeting, she’s actually meeting with everybody one-on-one to hear their ideas, things that they’re doing and to learn more about how she can support them,” he said. “That’s just an example of how she’s being a great listener.”

Junior Taylor Racich is taking the Religions of the World class with Professor John Barton, Sara’s husband, who now also works at Pepperdine. Racich met Barton at a Tuesday night convocation on Sept. 2. “She is an amazing woman,” Racich said. “I just absolutely adore the Bartons.”

Freshman Catherine McCreary met Sara Barton during NSO but had known about her from a friend who happened to be with Barton on a mission trip to Africa. “She was really sweet [and] open to talking … we had coffee … she just wanted to get to know me and listen to me,” McCreary said.

Barton wrote this is a fundamental goal in her new position. “I want students to know that they are welcome in the office of the chaplain,” she said. 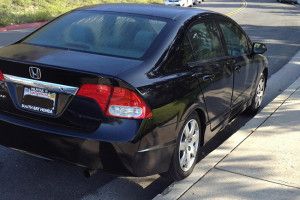 Photo by Ashlie Benson Looks like this Honda tried to go off-roading in Malibu. If you see a newsworthy parking job,...
Copyright 2018 Pepperdine Graphic
Back to top