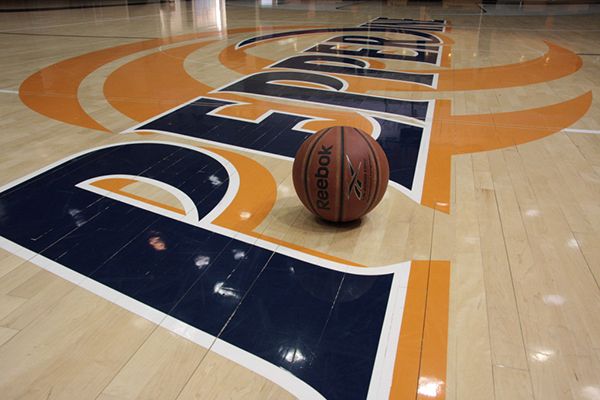 After winning three of the past five games in conference play, the Pepperdine Waves men’s basketball team looks to continue its success in a rather surprising season as it embarks on a four-game Northern California road trip. On this trip, the Waves look to contend against Gonzaga and Saint Mary’s for first place in the WCC standings or a NIT Tournament berth.

Pepperdine started its four-game road stretch with a match-up against San Francisco on Thursday night. The game started off slowly for the Waves, falling behind 8-2 after the first three minutes. However, the Waves would quickly respond with a 14-4 run that gave them the lead 16-12. The game would be close the rest of the first half, but a late three-pointer by the Dons gave USF a 31-28 lead going into halftime.

The start of the second half didn’t treat the Waves any better, as they again struggled on offense while the Dons scored a 19-6 run over the first seven minutes. Although junior forward Stacy Davis and freshman guard Shawn Olden would lead the Waves with 23 points and 15 points respectively, the Waves would fall to the Dons 71-59.

Following the game, Head Coach Marty Wilson addressed the 16 turnovers for the Waves, saying the team needs to “protect the ball” and “deny easy shots by playing better defense.”

Following a tough loss against San Francisco, Pepperdine played in its second match-up of the week against Santa Clara on Saturday night. As the team tied for third place in the WCC, the Waves entered the match-up with a great chance to take sole possession of third. The Waves trailed early to the Broncos, falling behind by as many as 14 points before heading into halftime trailing 35-24.

Coming out of halftime, the Waves made a valiant comeback effort as they trailed by 10 points with 10 minutes left in the game. The Waves would not stop there, getting as close as four to the Broncos with a key 6-0 run and later by two points following sophomore guard Jeremy Major’s layup with 1:35 left in the game. The Waves’ chance to tie the score came when the Broncos nearly turned the ball over, but the possession still belonged to the Broncos in a late tie-up with 16.5 seconds left. The Waves fouled with 4.6 seconds left in the game. The Broncos’ Brandon Clark missed the first free throw but made the second, stretching the lead to three, with a score of 60-57. Santa Clara would then allow Pepperdine to take a last-second shot, but Major’s three-point attempt was off the mark at the buzzer. Despite the loss, Davis led the team with 21 points and 9 rebounds.

At the end of the first half of conference play, the Waves will look to rebound from two consecutive losses as they finish the back-end of their four-game Northern California road trip against Pacific on Thursday night and Saint Mary’s at 3PM on Saturday afternoon.

After returning from a rough two-game road trip, the Pepperdine Waves women’s basketball team returned back home to Southern California to begin a four-game home stand to start off the second half of conference play.
Pepperdine began its four-game home stand with a match up against San Francisco at Firestone Fieldhouse on Thursday night. The Waves fell behind early 5-0 to the Dons, but made a quick 13-2 run to take the lead 13-7. Pepperdine and USF would then trade the lead multiple times until the end of the first half, until the Dons went on a 6-0 run. However, senior guard Bria Richardson would make a buzzer-beating three-pointer to cut the lead to two points, 28-26 at halftime.

After halftime, USF made an 11-4 run through the first four minutes of the half that made the game 39-30. The Waves would cut it to three points, 53-50, on a layup by freshman forward Olivia Ogwumike. However, the Dons would take control of the game late by going on a 9-0 run to finish the game 69-58. Although the Waves struggled shooting the basketball in the loss, Richardson gathered 15 points and 7 rebounds to lead the Waves.

“There were some successful spurts of basketball here and there,” Head Coach Ryan Weisenberg said. “There were things we took from the game; we’ll take what we did wrong, adjust it and get ready for the next games.”

After falling to San Francisco, the Waves took on another Northern California team in Santa Clara. In a cold-shooting first half where they only made three field goals in the first eight minutes of play, the Waves trailed by as many as 18 points. However, things would begin to heat up for Pepperdine as the team ended the half strong, closing the gap to a 10-point game at the one minute mark on sophomore guard Allie Green’s layup. The Waves would end the half on a 5-0 run that included a buzzer-beating jumper from Richardson to make it a six-point game, 30-24.

In the second half, Pepperdine cut Santa Clara’s lead to four in the early part of the second half, but Santa Clara went on an 11-0 run to increase the lead, 43-28. The Broncos would then push the lead up to 20 towards the end of the game, but the Waves stormed back with a 9-0 run over the last three minutes of the game to make the final score 65-54. Despite the loss, junior forward Keitra Wallace led the team with 13 points and 5 rebounds.

The Waves will look to climb up the WCC standings in the second half of conference play as they take on Pacific on Thursday night and Saint Mary’s on Saturday afternoon, with both games a part of the back-end of the Waves’ four-game home stand. 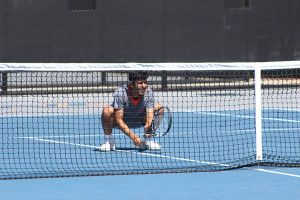