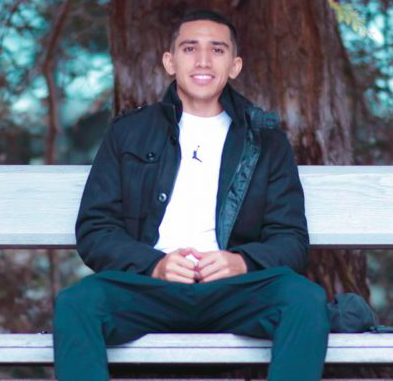 Currently in the process of creating a documentary, Filimaua said he wanted to show the lives of the people living on the streets near Angel Stadium in Orange County.

“I was driving past the stadium one day and noticed a lot of people living in tents,” he said. “In an area like O.C., where there are so many wealthy people, I was disappointed that no one was doing anything to help them. So I decided to help out through doing the one thing I do best.”

Through this project, Filimaua said he hoped to raise awareness for the homeless in Orange County and plans to enter the film in the Pepperdine Reelstories film festival next semester.

“I’m planning on raising donations through a kickstarter,” Filimaua said. “Also go out there at least once or twice a week to give away clothes and food and just anything I can help them out with.”

Filimaua’s dream to become a filmmaker started when he was young.

“I loved watching movies as a child because it allowed me to immerse myself into a world where my imagination could run wild,” he said. “It became a medium for me to express myself and tell stories.”

Filimaua said that his high school didn’t have any film-related courses, so he decided to seek out film programs at the University of Southern California and Stanford University.

“I learned about special effects and digital media at Stanford and practiced directing as well as storytelling at USC,” he said. “That’s when I started making short films.”

Filimaua said that he met many like-minded film enthusiasts through his time at USC, and they introduced him to genres of film beyond traditional short films.

“They helped me get into producing music videos,” he said. “This led to me starting my own YouTube channel.”

“It’s a platform to express myself,” he said. “I think I’ll look back in a couple of years at the videos and be able to cherish all the memories that I made.”

This past summer Filimaua participated as a production assistant and helped produce a feature film called “The Grail.”

“I got to play with cameras, lightings and be with a good group of cast and crew,” he said. “It was such an eye-opening experience because I got to see how a film set works and how cast and crew interacts.”

“Doesn’t matter whether or not you have good cameras, ” he said. “I started off with a phone camera. You don’t need fancy equipments to tell a good story. As long as the story is good and relatable, people will love it.”