The past week was dominated by news of the violence that has swept the Middle East, an outpouring of hostility toward the United States and its allies that has spread to over 20 countries in the region. It began with Egypt and Libya — a fact made more baffling by the fact that the two nations are on the other side of the Arab Spring, one a critical partner in the region, and the other known for its friendly (for the region) feelings toward Americans.

The armed assault on the consulate in Benghazi, Libya has left four Americans dead, including Ambassador J. Christopher Stevens, who championed the cause of the Libyan people during their revolution, and was admired and well liked by many.

It should be stressed, then, that the Libyans responsible for the armed assault on the consulate do not represent the civilians that made up the protests outside, if indeed any civilians were involved.

These were armed militia men, one of the many radicalized groups that plague the country’s streets, who took advantage of the chaos to satisfy a thirst for violent reprisal against perceived American imperialism.

There has been a lot of speculation about why this wave of violence has swept through that part of the world (even now it’s still being determined whether the violence in Libya was a premeditated assault, rather than an authentic riot by Libyan civilians capitalized on by militants).

Was it really all because of an incendiary video on the Internet? It seems unlikely.

The video, produced by Nakoula Basseley Nakoula (an Egyptian-born hardline Coptic Christian) with the assistance of Steve Klein (a former Marine and a Christian hate group leader, who has helped train Christian fundamentalists in preparation for a perceived holy war with Islam), is the same sort of ignorance one usually sees from that quarter: childish, dumb and aiming to antagonize.

And yet at the same time, the production itself was rather pathetic: the video was cheaply produced, the dialogue comically bad, the acting stiff. It boggles the mind that such a corny video could be in any way responsible for the death of an American diplomat.

But the existence of the video (a 14-minute trailer for the film) would never have come to anything, if it hadn’t been for the extreme Salafist parties in Egypt who had found the then-obscure video and politicized it, calling the video a piece of U.S. government endorsed propaganda and frothing at the mouth for reprisals.

Because while the video was ostensibly the reason for the demonstration of hatred we saw last week, it wasn’t truly the cause of it — the video was just a convenient excuse for some to vent their anger, their frustration and their helplessness.

The countries of the Arab Spring (Egypt, Libya, Tunisia, etc.) have not been faring so well since their respective dictators were overthrown. In many of these countries, unemployment and economic instability have been rife; the lack of a central government has left a void in power that has been filled, not by secular democratic forces, but by militant Islamists and armed militias.

The hopes expressed by millions of people throughout the Middle East have been disappointed in the wake of the Spring — whatever democratic progress they’d hoped would be made in the aftermath either isn’t happening fast enough, or at all.

This climate was ripe for exploitation, and Muslim extremists took full advantage, with the help of their Christian counterparts in the U.S., who provided a serviceable boogeyman of Western intolerance to pin their anger on — though anything would have sufficed for their purposes.

It remains to be seen what the long-term consequences of this episode will be, for the U.S. and its diplomatic missions in the region, and for the people of the Middle East. The details of the riots in Libya that led to the deaths of four Americans are still emerging, but it can be said:

The American diplomats who lost their lives in this sorry episode devoted themselves to a noble cause — peace, diplomacy, dialogue, they put their lives in harm’s way every day to create the human connections that (more than any military might at our disposal) truly make America strong. The nobility of their mission cannot be tainted by the baseness of the parties responsible for inciting and exploiting the violence. 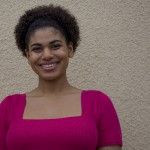 Apolitical is a blog that covers current events, politics and culture. We’re bringing the world at large to the Malibubble, one post at a time.

I have officially fallen into the pages of a real-life fairytale. Maybe I am in Harry Potter’s wondrous town of Hogsmeade,...
Copyright 2013 Jupiter Premium Magazine Theme
Back to top