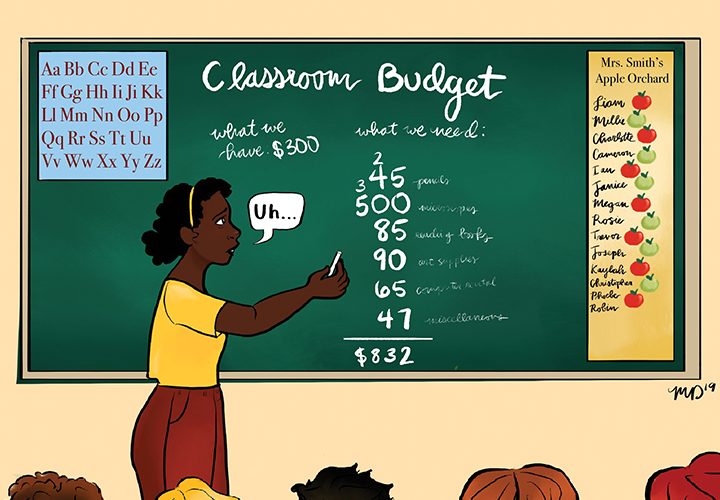 Every morning about 56.6 million kids attend to schools spanning Pre-K through 12th grade in the United States with the expectation that they are receiving an education that promises a bright future.

However, teachers in the United States suffer from a severe lack of proper compensation, thus affecting a students ability to be successful.

The average salary for a teacher in the United States in the 2017-2018 academic year was $39,249, according to the National Education Association. With the responsibility of educating America’s future, the minuscule salaries that teachers currently receive are problematic.

At Pepperdine, only 1.5% (about 51 students) of the undergraduate class is pursuing degrees in education, according to Seaver College data. With the lack of pay that teachers receive in the United States it is important to understand that the issue of teacher underpay is not just affecting current students and educators but is directly affecting the number of undergraduates who are pursuing the profession.

Since 2012, the number of students who graduate college with a degree in education has fallen from 104,698 to 87,217 which is about 17%, according to the National Center for Education Statistics. As the population of the United States continues to grow, the need for teachers does so, too. With the drop in teachers nationwide, America’s schools are at risk.

When paid sufficiently, teaching quality and student achievement both improve, according to a report by Michigan State University. That being said, when teachers are paid more not only will the American education system advance, but students will see changes to their performance as well.

In 2018 the United States’ witnessed teacher strikes erupt in multiple states over the issue of teacher salaries and more. With wages across the country having “generally” raised from 2000 to 2017, teacher salaries nationwide have fallen 1.6%, according to a report by CNN.

Teachers hold in their hands the resources for success for millions of kids in the United States. Teachers save lives every day through education. They provide students communities to learn in, making them an essential part of life.

The power of a passionate teacher goes far beyond the classroom. For many students, including myself, passionate and dedicated teachers have the ability to change one’s entire trajectory.

For some, educators have inspired entire career paths and for others, they have driven students to explore new worldviews and ideas through challenging curriculum. However, it is important to realize that teachers are not just educators- they are counselors, mentors, advisors and leaders.

It is not too crazy to dream of a world where we respect teachers like soldiers and pay them like doctors. In today’s society the pursuit for education is becoming increasingly divisive, according to a report from Pew Research. This new development makes the need for teacher accreditation and fair pay more important than ever, and it could be closer than we think.

Last week presidential candidates took the stage in the third Democratic debate and expressed their belief in raising teacher pay and supporting the public school system.

The community at Pepperdine University has a responsibility to bring the conversation of teacher pay to campus. While there may not be something one can do to create an immediate change for the 3.2 million public school teachers in the United States, there are opportunities to encourage change.

Start by demanding that the United States government pays them what they deserve. Let the issue of teacher pay and the success of students be an issue that influences voting patterns in the 2020 election, start petitions that will pressure Congress and state legislatures to consider raising wages and support the school system.

The education system is the most important institution in the United States. With the power to educate and create future leaders, scientists, inventors, business people and so much more, the education system decides the success of a nation. 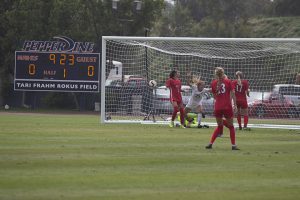