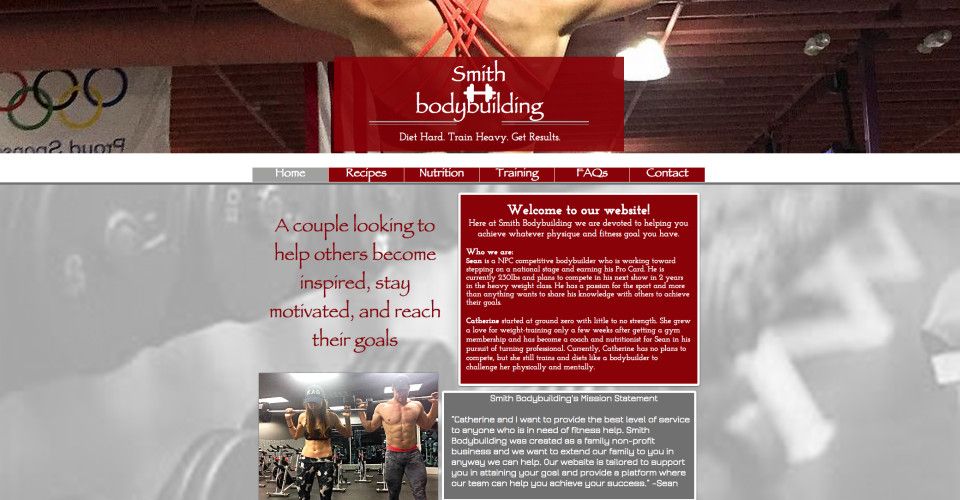 The website provides more detailed assistance for anyone looking to reach fitness goals via its contact section. Kern’s brother, junior Matthew Kern, said a student can send an email directly to Smith requesting help with establishing fitness routines. Matthew Kern said Smith and Catherine Kern created the website because of the number of people who came to Smith asking for fitness advise.

Smith and Catherine Kern also send follow-up emails generally encouraging students and asking students if there are any issues with their workout plans, Matthew Kern said.

Catherine Kern said the idea for the website was the result of students approaching Smith during his workout sessions.

“People ask him what his workout plans are or what he eats, his training, everything you can imagine,” she said.

The people who ask him for fitness advice usually have to pay to receive fitness information elsewhere, Catherine Kern said. Since Smith was giving the information for free, he decided to create the website, she said.

Smith and Catherine Kern conceptualized the website in August, she said, and they began building the website over Christmas break. Having taken a project management class at the Graziadio Business School, Catherine Kern said she offered to create the website, while Smith gave her the information to put into the website.

Catherine Kern said they chose the website format because it had the greatest potential for expansion in case their program increased in popularity.

“Everyone’s always on a computer,” she said. “[A website’s] easy to make, and it can be a platform for something larger.”

Thus far, the website appears to be growing in popularity, Catherine Kern said, as they have been getting a new student roughly every other day. She said last time she checked, they were training 20 people.

Matthew Kern, who also beta tested the site, said the website is very user-friendly and focuses on making sure users can find what they are looking for.

An aspect that separates Smith Bodybuilding from similar fitness websites is its lack of partnership and sponsorships despite being given offers, Matthew Kern said. He said Catherine Kern and Smith want to teach students how to be healthy without additional paid supplements.

“They don’t push an expensive substance as a necessity,” Matthew Kern said.

“It’s good to be able to supplement my workout with what they have,” Branch said.

So far, Branch said he has not used much of the website. However, he said he believes the website will probably make much more of an impact on his workout routine if he uses it more.

Branch said he especially liked how personalized the website is.

“[Smith and Catherine Kern] have a lot of personal commentary,” Branch said.

Creating the current build of the website was no easy task, Catherine Kern said. She said she was frequently up late creating the web pages. She said the recipe section was particularly tedious due to having to take pictures of each item along with listing the grams, carbs and fats.

Catherine Kern said she had to reach out to the Kappa Alpha Theta fraternity for advice on how to find the best creation tool for the website, ultimately settling with WIX, a web development tool found online that provides editable templates using drag and drop tools.

The website is still not complete in its current state, as several pages are still under construction. Catherine Kern said she was also considering the addition of a home fitness section. Additionally, students have been requesting training videos for fitness exercises, Catherine Kern said.

In Defense of a Leisurely Pace 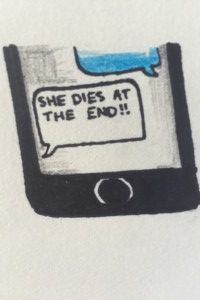 Art by Peau PorotesanoSpoilers: Most people can agree that they're terrible. They ruin the suspense, the story and just make...
Copyright 2013 Jupiter Premium Magazine Theme
Back to top