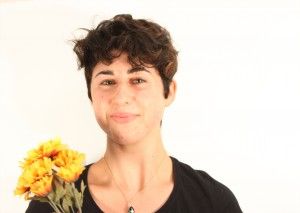 All the multipurpose business of last week struck up a conversation between lucky me and quite the stud. He started to tell me of a world he envisioned where companies sell large, reusable containers for their goods to be restocked with their product by customers at the store in the fashion of Dr. Bronner’s advice. Thus, soda makers, beer brewers, shampoo formulators and potato chip crafters would outfit markets with dispensers, following the logic of cola fountains or plastic candy bins.

Companies would adapt to the long-term incentive to reduce resource consumption and preserve the human race, helping protect us all from air toxins and deliciously polluted waters. In his world, customers will someday arrive at the grocers with their refillable bins and store up what they need, cutting out single serving packaging, saving manufacturers money and encouraging customers to invest in brands by buying a container from them to be restocked for life.

Why do so few companies invest in such a long-term vision for a business plan? In such a competitive market, they may fear the consumer is far too non-committal, what with eighteen different kinds of peanut butter for them to choose from. There are few immediate rewards to investing in revamping, when working within the capitalist system, and thus, incentives for revolutionary change plummet. The waiting game of restructuring is a big no-no in the age of snap-your-fingers-and-receive. Yet, it is critical to adapt to a world spinning ceaselessly into the future.

While we may have a “nice” system and all, from what I recall, the Industrial Revolution was a time of hope to solve world hunger and all those cliched odds and ends. Blinded by profit margins, many of the modern producers of our economy have spewed out inventions which bring them the instant rewards of higher paychecks. Has the human ego and a short-term rewards system gotten in the way of socially-responsible innovation?

Chew on this: Stanford economists have found that the promise of an instant payoff, like higher salaries, doesn’t work in the marketplace of innovation. Instead, inventiveness is sparked by freedom from the pressure of chasing the dangling carrot. Perhaps Apple, Inc. would agree as creative innovators with a visionary business model. Built-in with a long-term rewards system, management-free days once a week give giddy employees time to tinker with personal projects. So long as they present their ideas at a fun little get-together the next day, they get the green light to imagine the future away. The long-term goal of innovation is the incentive, and it works.

So, how this applies directly to you, sweet and sour citizens: While the status quo has its perks — it’s warm and fuzzy like one of grandma’s sweaters — you have embarked on a journey of upgrading, investing the big bucks in your future. While I offer ways to creatively cut corners and save green, sometimes saving entails spending more in the here and now, to see through the vision of long-term rewards.