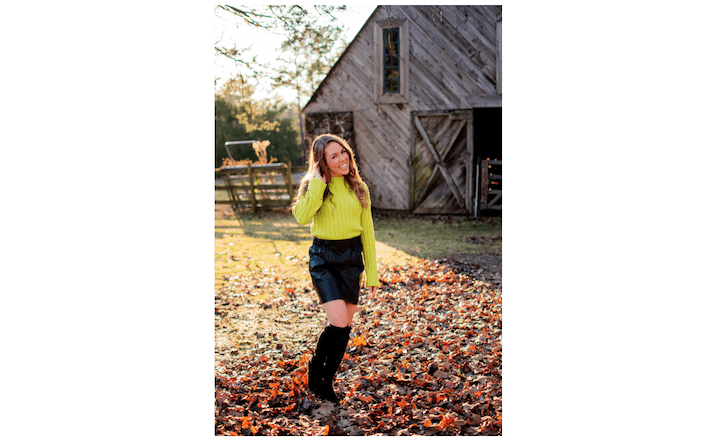 Megan Dunn is a Pepperdine senior interning for the Academy of Country Music. Her internship started in the second semester of her senior year. Photo courtesy of Megan Dunn

The annual Academy of Country Music (ACM) Awards showcase some of the biggest names in country music, including special performances by the industry’s top country artists. Last year’s winners include Keith Urban, Dan + Shay, Kacey Musgraves and Jason Aldean. Planning an event of this size requires months of preparation, as senior Megan Dunn has learned as an intern with the Academy.

Dunn started her internship in January. As one of three interns in the ACM Marketing Department, Dunn helps with the overall preparation for the 55th awards show, originally set to air on April 5. Due to COVID-19, the show’s live air date is now set for Sept. 16.

“Working with publicists and working with talent, it’s something I feel like you can’t really learn in a classroom,” Dunn said. “Writing press releases on a super strict deadline with a lot of pressure … it’s a whole different thing.”

Dunn said she has always wanted to work in entertainment and applied for her position when she saw the posting for the ACM internship on Handshake. Working for an industry that is primarily structured around events, she has gained essential hands-on experience through her ACM experience.

“I think that event-planning marketing is really cool because it’s exciting to see the project from start to finish all the way through,” Dunn said.

Dunn mostly writes press releases announcing details pertaining to the show, including the nominees, host, and relevant news. As she works three days a week, Dunn said it can prove difficult at times to keep up with her classwork. Dunn arranged her schedule so that all of her classes are on Tuesdays and Fridays, allowing her to work Monday, Wednesday, and Thursday. While the balance can be challenging, the payoff has been worth it.

“Everyone is so welcoming, nice and fun, and they don’t really treat us like interns, they just treat us like we’re a part of the company,” Dunn said.

Dunn also said how it was nice to be given hands-on tasks that allow her to learn instead of just running errands or getting coffee.

“They really trust us to get things done and do it well,” Dunn said. “If they need a press release, they might go to someone in the marketing department or they’ll go to one of the interns.”

Before the show was postponed, Dunn was supposed to fly to Vegas for 10 days at the end of March to assist with the awards ceremony. Dunn said ACM covers food, travel expenses and Ubers. While the ACM Awards is notably the largest, the ACM puts on other events throughout the year, all centered around elevating country music.

“The point of [the Academy] is to promote country music as a whole and just keep it relevant,” Dunn said.

The ACM Awards will air on CBS on Sept. 16 at 8 p.m. EST. However, viewers can still tune in to CBS on April 5 at 8 p.m. EST/PST to watch a two-hour special of acoustic performances, put on by some of the biggest names in country music. Updates are available on the ACM’s social media pages. 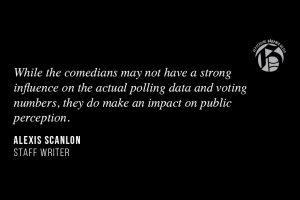 One of the most influential media outlets during a U.S. election cycle is arguably "Saturday Night Live." The sketch comedy...
Copyright 2018 Pepperdine Graphic
Back to top