A World of Prayer 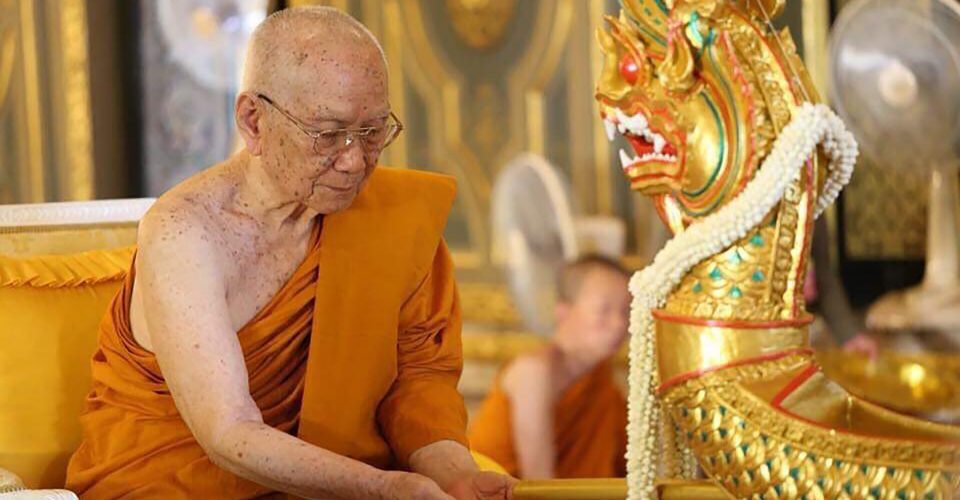 One world, many religions.

And worship looks different for each one of them

They have traditions, symbols, narratives and sacred histories that give them meaning. They shape ethics, values and lifestyles. They divide and unite us.

“All the major traditions have resources that call us to treat other people as we want to be treated, to love and look out for the well-being of people that are in communities that are different than ours,” said John Barton, religion professor and director for the Center for Faith and Learning.

For Pepperdine students of various faiths, this is what worship looks like. 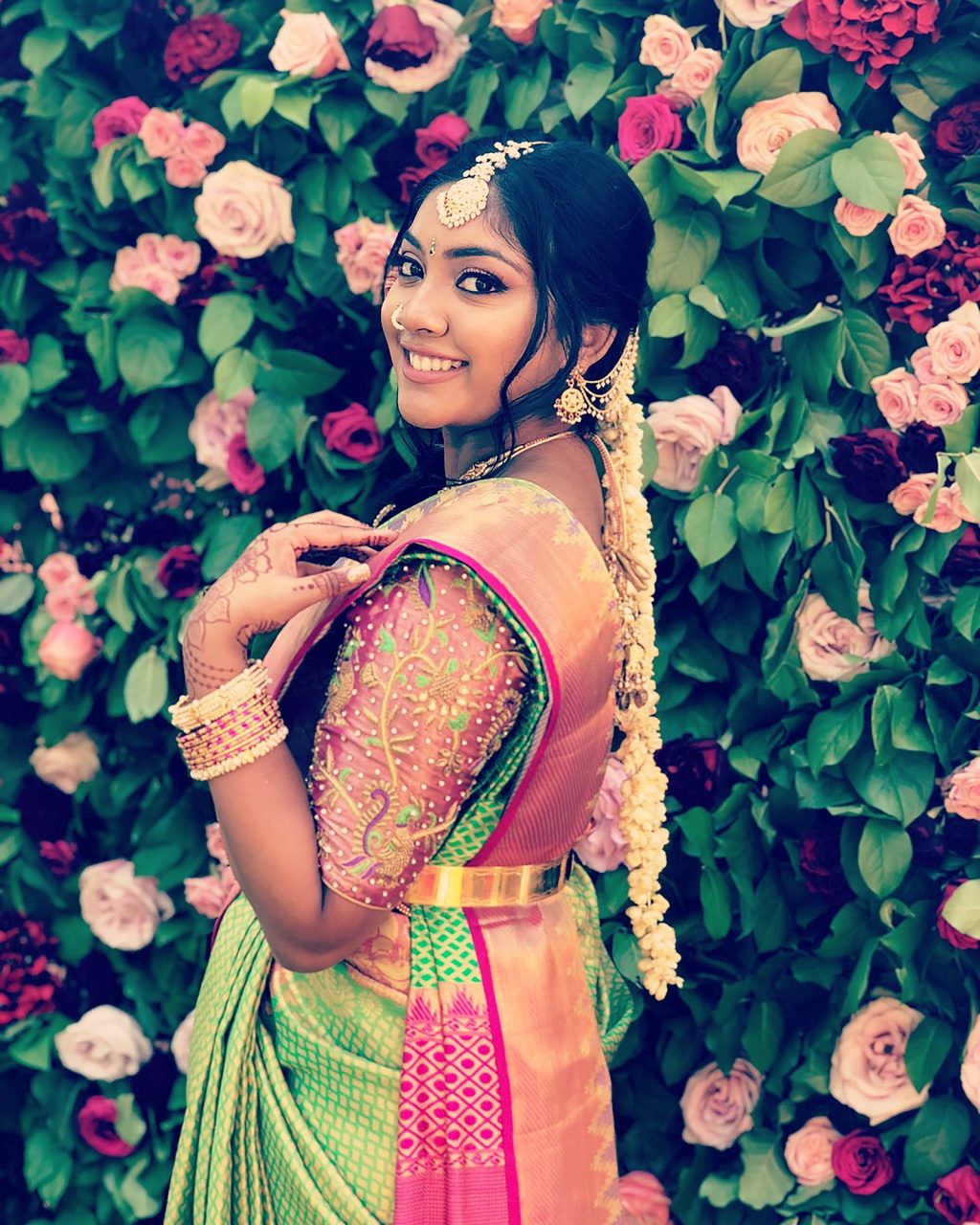 Raised in an Indian household, culture and religion were tightly bound for senior Swati Reddy.

“For me growing up, we did certain things in our culture because of our religion, so the two always came together,” Reddy said.

Hindus believe in infinite manifestations of God and their worship is less formal than in other religions, Reddy said.

“Praying usually is not really that intense,” Reddy said. “You pray whenever, wherever you are. Usually at home, we have pictures or idols. But even here at Pepperdine, I just pray in my bed. Obviously in the temple it’s different. There’s actually a priest there and they do rituals and stuff.”

Hinduism also includes many different annual celebrations. Reddy’s favorite holiday is Diwali, the festival of lights, because it coincides with her favorite childhood story.

“Diwali comes from the story of Lord Rama and it’s the day he saved the goddess from the evil demon,” Reddy said. “It’s a really elaborate story and you’re always learning it when you’re a kid.”

The morals Reddy acquired through Hinduism shaped her career aspirations.

“Being nice to people, always treating others with respect and always trying to build people up, that all kind of comes together full circle with me getting my teacher credential and going into teaching,” Reddy said. “The whole idea of helping others, especially in Indian culture, is so important, so I really wanted to incorporate that into my career.”

“People generally think the Bahá’í faith is a cult,” senior Mateen Taghizadeh said. “You have to make it real clear to people it’s not. Or that there are only a little of us, but no, there are nearly 9 million of us and we’re growing constantly.”

The Bahá’í faith is the second most geographically widespread religion on Earth, second only to Christianity.

For Taghizadeh, worship translates to having a direct relationship with God.

The Bahá’í faith has thousands of written prayers that the founder Bahá’u’lláh wrote, he said.

“They span a wide range of categories like healing the departed or providing assistance or just being closer to God or forgiveness,” Taghizadeh said. “So we pray in that sense and usually pray in our own private space settings and not really in a big setting.”

One of his favorite values from the Bahá’í faith is the emphasis on the equality of men and women.

“Bahai’s all over the world believe in that, almost every prayer includes equality in some sort of way,” Taghizadeh said. “I always think about the expression of the bird. If the bird only has one wing, then how can it fly?”

For sophomore Abdullah Alshalash, worship is far more than how much time someone spends with God.

“How you act in society, the way you present yourself to people – that is worship,” Alshalash said. “Being a good person of good deeds is one of the most important things you can do as a Muslim.”

Alshalash is a strong believer that religion can bring communities together.

“Islam really preaches peace and living in harmony together, and I don’t think most people understand that,” he said.

Ramadan is Alshalash’s favorite religious holiday, precisely because it is very communal. Alshalash said Muslims celebrate Ramadan in different ways but its primary purpose is to honor the first revelation of the Quran to Muhammad the prophet.

“It’s a time for family,” Alshalash said. “You gather together for a whole month to pray and honor God.”

Ramadan lasts for 29 to 30 days, and celebrating the holiday includes fasting from dawn until sunset.

“People in neighborhoods gather together to pray in mosques as late as 3 a.m. and everyone is still awake,” Alshalash said. “Waking up in the morning and still feeling like I’m worshipping God, I think that’s very special and indescribable. You wake up in the morning and feel like you are restraining yourself, yet in the night you celebrate your worship with your friends and family.”

Alshalash said whenever he is in a city with a strong religious community, regardless of what faith it is, he feels more at peace.

“I feel like there’s somehow a connection between everyone in the community, even if it doesn’t seem that way for many people, for some reason it seems like that to me,” Alshalash said.

It is for this reason that the rise in religious intolerance really disturbs him.

“It pains me and saddens me to see people destroying places of worship due to hate crimes,” Alshalash said. “It perplexes me and I don’t understand why they do it. But I think it’s important that people know about the thing they are destroying. I think people need to read a lot about religion and I think it’s important to teach kids early on about different world religions.” 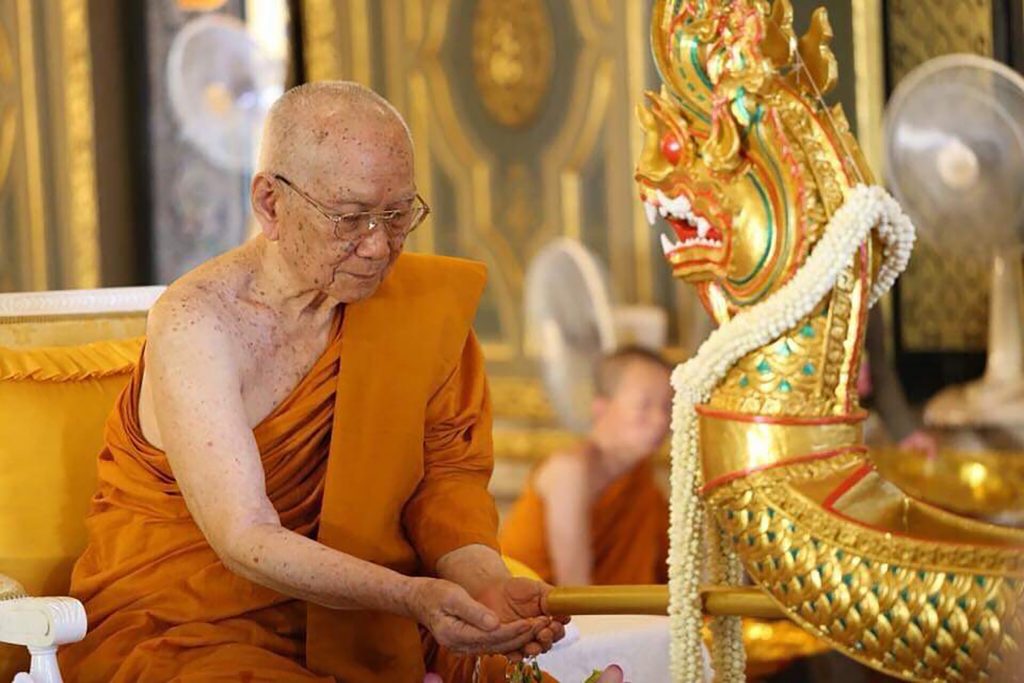 As a Buddhist, senior Jodi Vongvanij worships through meditation, prayer and sermons on her phone.

She looks forward to reaching the ultimate spiritual goal of Buddhism – nirvana. The literal translation of nirvana is extinguishing, liberation, blowing out. In Buddhism, reaching nirvana represents the release of the cycle of rebirth.

“Knowing about God and different practices too, is something Buddhists are open to,” Vongvanij said. “Sometimes I go to church and listen to a sermon and think it was really good. It makes sense, you don’t have to be a Christian to relate to it.”

When she is back home in Thailand, Vongvanij said she enjoys going to give merits to the monks. Giving merits is similar to an offering of money or food. They are commonly given during religious services or when someone dies.

“Being loving and peaceful” is how senior Logan Hall described being Jewish.

Hall views Judaism as a religion that teaches people to be loving and accepting of different kinds of people trying to live a better life.

Being part of the Jewish community was an important part of Hall’s upbringing, especially observing Shabbat (the Jewish Sabbath), a time to contemplate spiritual aspects of his life.

Growing up attending synagogue on Friday nights, Hall remembers learning about the Holocaust and

anti-Semitism. Back then, Hall said that mentality seemed so distant and he never thought he would experience it, let alone at Pepperdine.

But a couple of months ago, Hall heard a student praise Hitler as they were learning about World War II in their humanities class, calling him a genius and deeming his actions legendary.

“We need to learn more about how hateful and how hurtful a lot of these actions are,” Hall said. “That’s really the only way that we will be able to come together.”

Hall thinks education can help people understand not only the differences in religious worldviews but also the similarities.

“Learning about these faiths, you understand they are very peaceful,” Hall said. “Education is great because it teaches people that fear mongering isn’t real and to be more loving.”

Last year, Pepperdine hired Ari Schwarzberg as a part-time rabbi in residence. His duties include meeting with Jewish students one-on-one, hosting a club convo and occasionally working with the Chaplain’s Office to plan events.

Schwarzberg said that because he works with an interfaith group, it is important for him to show the similarities and differences between Judaism and Christianity. In his club convo, he asks his students to take the ideas that Judaism is expressing in the text they are studying and process them through a Christian lens.

“Oftentimes it comes up that our religious traditions unsurprisingly have a lot of similarities and a lot of very similar goals that we accomplish through different means and emphases,” Schwarzberg said.

Scholars said that today more than ever, it is important that people respect and understand the various ways people worship.

“We’re certainly in a time right now in our country and globally where not just religious differences, but differences of all kinds are being exasperated, are being leveraged in a lot of different ways,” Barton said.

Social media amplifies minority voices, enabling them to radicalize others to dangerous ideologies.

“The fear of the other, fear of difference, is really at the core of this,” said Roslyn Satchel, communication professor and itinerant elder in the African Methodist Episcopal Church. “The idea that if people are not like me, then they are inferior, violent, dangerous, somehow or another worthy of being killed in cold blood.”

Viewing diversity as a strength can help individuals appreciate different cultures, traditions and faiths, she said.

“The more that we can see that, the benefits and the beauties of those diversities – the better off we’ll all be,” Barton said. “But we can’t have those benefits – unless we invite those differences into our midst, even with their tensions, and learn how to navigate them with more clarity and integrity.” 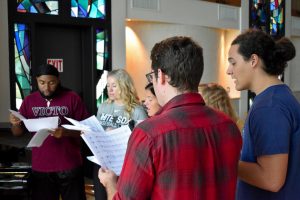 Photo by Callie Mechelke The first thing that comes to mind when one thinks of the Church of Christ may be the melodic harmonizing...
Copyright 2013 Jupiter Premium Magazine Theme
Back to top