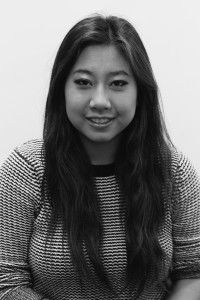 The annoyance started on my first day back from winter break. On my journey back to Malibu from Shanghai, I suffered an unexpected delay. After emailing my professors explaining that I might not show up for my first classes, I arrived just in time for my 8 a.m., exhausted. As we went around the room and made our introductions, I managed to clear my throat and say, “I’m Justina.”

“She just flew in from China,” my professor said.

Before my sleep-deprived brain had time to process it all, a kind, all-American athlete leaned in for an empathetic “Welcome!”

“I am American,” I stuttered. The class exploded into laughter. After my minutes of mortification passed, I rationalized: It is not his fault. At least, not completely.

After all, you see us everywhere. We could be complaining about the meager side of mashed potatoes the cafeteria attempts to pass off as rice or loving our lifelong partners — our trusty TI-84 calculators.

At any rate, between arguing with our professors for that extra 0.3 percent and fastening our rice patty hats, we find time to complain — and we are very good at it. Just kidding — but I will admit to being a whiner and address the terrifying expectations that come with race.

The average person would never assume that a Schneider or Schmidt speaks German, but a Lee or a Wu would be expected to be bilingual. And I am not even referring to international students. I am referring to plain, eligible-to-run-for-president Asian Americans who were born in the States and probably are not even majoring in engineering.

Korean American student Jenna Kang explains that a “first-generation person has a title of ‘American’ due to naturalization but socially they are not.” The distinction is, according to Kang, that “people tend to make cliques with their own kind.”

But how is it that all types of Europeans seem to be “the same kind?” There are far more “European mutts” than Eurasians or Afro-Asians. Is this a phenomenon that time itself will fix? After all, in the mid-200s comedian Russell Peters did predict that in a couple of years, due to cultural diffusion, the world would be a shade of beige. Love is blind and knows no skin color — I think not.

The human brain is incapable of perceiving all people as the same. From a young age, children learn to notice differences between people and categorize them. Picture books develop schemas because it is the only way to navigate a complex world dictated by intelligibility. In other words, we cannot help but to tell things — even races — apart.

The distinction lies in cultural branding. Asians who have fully assimilated into American culture bear the title of “whitewashed,” a term that negatively connotes supposed embarrassment and subsequent denouncement of Asian culture. Do I dare suggest a day where instead of being “whitewashed,” Asian Americans will simply just be “American?” After all, there are no “German Americans” or “British Americans.”