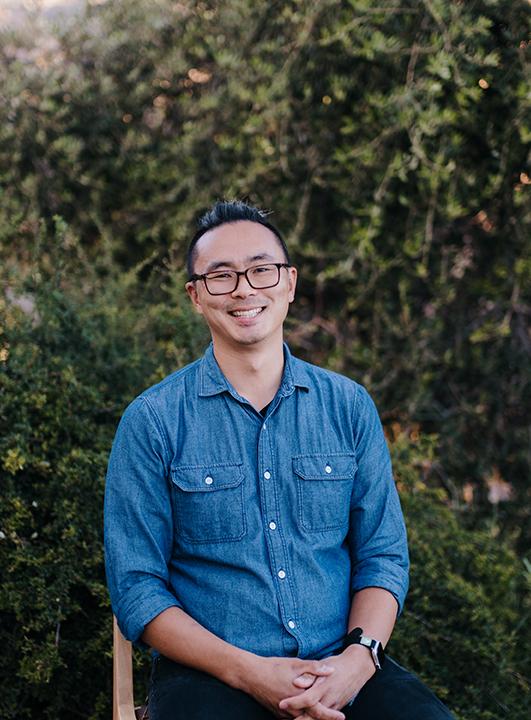 Everyone has a story.

Whether it’s untold or brought up in most conversations, a person’s story is unique and speaks to the ways the world has shaped them.

This philosophy inspires Pepperdine Associate Chaplain Zachary Luben’s life, as he is one of thousands of Korean-Americans adopted shortly after the Korean War into a transracial family. Luben aims to shed light on his experience with adoption, something he still wrestles with today.

“My story is my story,” said Luben, who oversees partnerships for the Pepperdine Hub for Spiritual Life and adjuncts as a religion professor. “There are some commonalities, but our experiences and the way we react to them are very different.”

Luben did not foster an intense interest in Korean culture until the middle of high school, when he became more aware of his identity as a Korean-American adoptee. Luben said it was then that he received comments that he “did not look Korean enough,” enforcing the idea that as an adoptee he lives in a liminal space, that is, he is stuck between identities.

Interactions like this continued through graduate school, where Luben experienced blatant racism tied to the fact that he was in an interracial marriage. Soon after his wife got pregnant, Luben said he made it a point to develop values, attitudes and belief systems for his son Judah to live out, taking into account these unfortunate realities that oftentimes shaped his story.

Luben began to form this understanding when former Pepperdine Communication Professor Bert Ballard, an adoptee from Vietnam, introduced Luben to a book titled “Invisible Asians.” Luben said the book enhanced his knowledge of the ways Korean-American adoptees’ are portrayed as racially invisible. Since then, Luben has read eight books in the last 16 months on Korean adoption politics and history.

“I think it is important to learn the history of transracial and transnational adoption and the way that it shapes the story,” Luben said.

After the Korean War, there were large numbers of children who needed to be adopted. Luben said he believes Americans adopted Korean children for the moral high ground.

“If you examine the newspapers in the social and historical context during the Korean War,” Luben said, “I think some have argued, convincingly so, that what you have is an impulse in middle-class America to fight communism through the adoption of babies to establish a democracy as a means of winning the ideological war, despite it being a stalemate militarily, at best.”

Luben said a large part of the adoptee experience is recognizing these realities.

In addition to learning through reading, Luben connects with the adoptee community through various channels: Instagram, Facebook and podcasts. In these communities, Luben said he doesn’t have to walk into a space carrying the burden of explaining his experiences.

Luben said his belief system regarding transracial and transnational adoption has been stretched and strengthened as he actively participates in conversations within the community to educate, engage and embrace the realities that adoptees face.