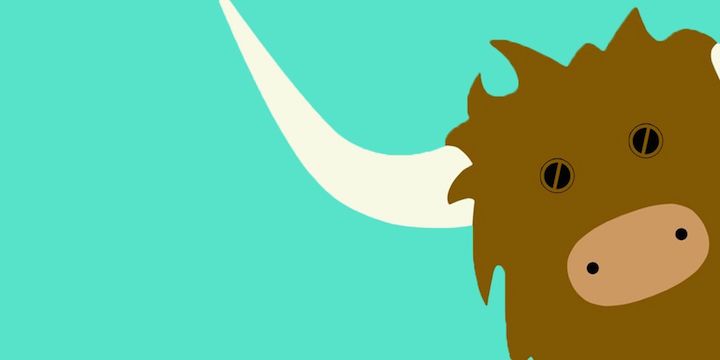 Due to the recent racial comments made on Yik Yak, the Graphic decided to feature several responses from the Pepperdine community.

Like many on campus, we are appalled and saddened by the recent wave of racist posts on Yik Yak’s Pepperdine site. These posts refer to certain racial identities as “monkey,” mock the Black Lives Matter movement and accuse multiculturalism of reverse racism. This goes to show that although our campus and society are officially “nondiscriminatory,” we still struggle with a much deeper need for change on the issue of race.

What sadly remains alive is a view of race that has been utterly discredited by biology and anthropology. Namely, that you can reduce complex human features like intelligence, sexual drive, talent for dancing or music, propensity to crime, etc., to melanin in the skin.

Doing this is no less absurd than reducing someone to his or her hair color, the shape of the freckles on his or her back, or the number of eyelashes on his or her eyes. And yet we continue to divide ourselves and our communities along racial lines as if they comprised some kind of pseudo-scientific destiny.

The posts on Yik Yak have also accused multicultural groups of reverse racism by disallowing the recognition of “white” cultural accomplishments. The problem with this argument is that it is false. It is false first and foremost because the category “white” actually comprises several diverse cultural groups that rightly receive recognition in various ways (e.g. the Irish on Saint Patrick’s Day, German language clubs, or Anglophile “Keep Calm and Carry On” paraphernalia).

Indeed, Pepperdine itself can be proud of a Church of Christ heritage that is rightly celebrated and stems from restorationist Scots-Irish and other ethnicities in the American South. In short, these claims to non-recognition are baseless.

But further clarification is important. Minority group multiculturalism is vitally important today because there remains a lack of recognition for certain identities. The reason it is important to support a Latino or Armenian or Black Lives Matter group on campus is that it creates a space of dialogue with perspectives that are otherwise invisible or marginalized onto the peripheries of our society.

By contrast, the idea of a “white” club insinuates that those groups of people face the same challenges being heard as cultural minorities and people of color. But this misses the way our society is largely dominated by some voices and perspectives to the exclusion of others.

Saddest of all, the racist Yik Yak posts alienate many of our friends and neighbors at Pepperdine from their own campus by making them feel unwelcome.

Minorities in our society face unique challenges when certain dominant racial identities permeate thoroughly in every facet of society and are celebrated, appreciated and standardized in a way that crowds out other voices. Yet the more such racist posts appear, the more they simply underscore the need for multicultural awareness and engagement. Writing these comments under anonymity, the excuse of prankishness, or claims to be a hoax cannot avert or diminish the damage done.

This lack of racial solidarity is especially dismaying at a school whose goal is formation in Christian agape. If we continue to fall short, we risk that this hatred becomes embedded or sewed into this larger message of love — a toxic mix that confuses two concepts which are otherwise irreconcilable.

Christianity teaches that the most complete manifestation of God’s face on earth is another human person. The failure to see our common humanity across the lines of race marks nothing less than a profound spiritual crisis in the midst of our campus.

Waves, you must do better.

In my internal battle between silence and expression, expression won out. So, I allocated 20 minutes of my life to address last week’s Yik Yak™-based assault upon Pepperdine’s black students, specifically its members of my beloved Alpha Kappa Alpha Sorority, Inc.

“Black people not only kill each other, but they kill regular people too. They are animals.”

Sitting here in Charleston, South Carolina, reading the above statement from an anonymous Yik Yak subscriber, I immediately heard the following words, which originate from the manifesto of the murderer of innocents at Emmanuel AME church here:

“Integration has done nothing but bring Whites down to level of brute animals.”

The statements are eerily similar: cowardly, senseless ramblings by racists devoid of even a modicum of critical thinking.

The ignorant ravings of the Charleston shooter (whose name is unworthy of mention) are to be expected, I suppose. Apparently he has a history of drug abuse, criminal activity, mental illness and less-than-stellar academic prowess (he allegedly repeated at least one grade).

But hearing such pablum spewed from alleged Pepperdine students is hurtful, horrifying and disaffirming. To hear this hateful, spiritual vomit hurled directly at Seaver black students and at young women whom I individually and collectively love is vexatious.

It is hurtful because I am the demographic whom the ranters disparage. If they consider themselves “Christian,” do they ascribe to a faith inextricably woven with racist ideaology? If so, what are the consequences for this, Pepperdine?

It is horrifying because such malevolent attitudes tightly correlate with hate crimes and murders. Given recent horrific events on college campuses, should I worry about my students’ and peers’ (and their allies’) safety?

It is disaffirming because I committed nine years of my life to honing critical-thinking skills within Pepperdine students. While I am proud to have taught a diverse group of whip-smart students, I also saw evidence of those with less-than-stellar intellectual acumen, integrity and character in my classroom. Did I waste my time and energy?

It is vexatious because as a member of Alpha Kappa Alpha Sorority, Inc., its former faculty advisor, its current graduate advisor and the catalyst for chartering the Tau Lambda chapter on Malibu’s campus, I see my sisters being targeted and put in harm’s way. I know each of them intimately and I love each of them as daughters. Did I leave them ill-equipped, in harm’s way by blessing this campus and spearheading the chapter’s existence?

I may never know the answer to all of these questions. However, I know the answer to the last one: “No.” The 37 (former and current) women of Tau Lambda chapter are beautiful, smart, strong, faith-filled, driven, classy young women. They are edified by their sisters and brothers on campus, their sorority sisters, and their friends and families. They are equipped on every level to transcend the fray (as they have repeatedly demonstrated). They will use this madness as a catalyst to better themselves, the student body and the Pepperdine community. That is what they do.

To the hate-spewing alleged Pepperdine students, you can — you must do better. Otherwise, you will be incapable of contributing to this world — incapable of living a life of purpose, service and leadership in tomorrow’s global, diverse and rapidly changing society. Instead, you will be stuck on the sidelines, stroking your hatred amongst similarly xenophobic, racist trolls.

You must not stand by silently as your Janus-facing peers toxify your campus’ climate. You must educate and empower yourselves to prevent such cancerous hatred from metastasizing whenever you witness it. Otherwise, you too will be stuck on the sidelines — wracked by the collective sensations of guilt and impotence borne of knowing that you could have, should have, done something.

Leaders lead from the front: They don’t follow, and they certainly don’t stand still and remain silent. To those of you who I already know are actively crafting ways to address this productively, I am SO proud of you! Onward and upward. You are the leaders of the future.

Alas, my 20 minutes has expired. I hope to see you grow. 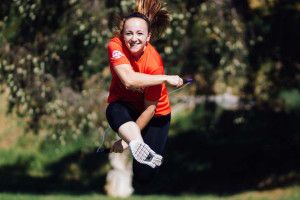 Photos by Zach Le Celebrities may not be hard to come by in the Malibu community, but how many can boast about being selected...
Copyright 2013 Jupiter Premium Magazine Theme
Back to top