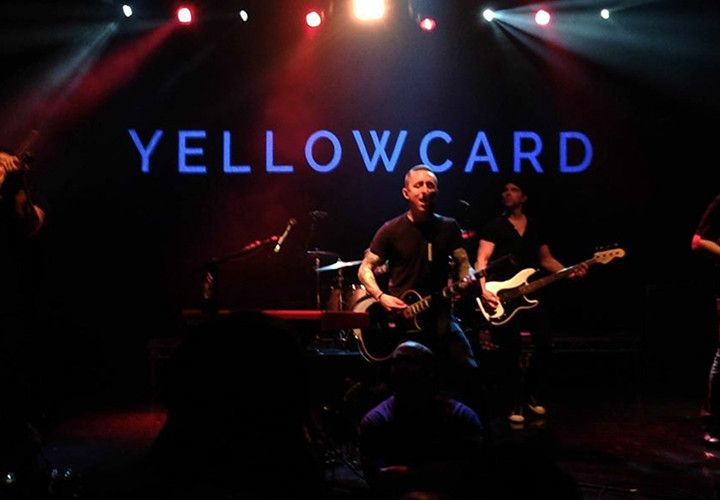 It only took about three seconds in the crowd for someone to spill their beer on us. Hundreds of people crammed together at The Koko in Camden, London where Charlie Chaplin used to perform on March 11. The renovated theater was chock-full of 27 year-old bearded men excited to relive their teenage angst when Less Than Jake and Yellowcard took the stage that night.

Neither band is new to the music industry (Yellowcard is going on its 15th year touring), but that hasn’t stopped them from selling out shows. With almost 20 years of touring under their belt, Less Than Jake has its panache down to a T. The ska-punk rockers have released eight albums since their big LP debut “Pezcore” in 1995. Their last album “See the Light” came out in 2013. The Florida-based group has already toured around the U.S. this year, and after a few more shows in the UK, will hit up France and Denmark before going back to the homeland. Their proudest achievement, however (apart from the Kellogg jingle they wrote and play repeatedly throughout the concert), ranked 142 in Finland’s music charts last year. They seemed pretty stoked about it.

We all sandwiched closer and closer together in a communal effort to push toward the front. Glitter rained down from the ceiling, along with plastic cups people kept dropping from the balcony. Most didn’t notice, however, as everyone was too busy either making out, rocking out or creating their own lyrics and singing them loudly (and drunkenly). The band’s lead singer, Chris Demakes, was as chatty as ever between songs. He and the dreadlocked Roger Lima (co-vocalist and bass guitarist) pestered a security guard and called up a fan by the name of Chris and promptly made fun of his goatee. They weren’t the most sensitive group, but the crowd was digging it — and I admit it was fun to see a band with no fear of the microphone.

The crowd chanted for an encore after the fast-paced set was over — the first time I’d seen an opener take the stage twice. The ground floor cleared as the bands switched, and my friends and I were able to make our way closer to the stage.

When Yellowcard came out, it became clear why some listeners had lined the sides of the venue instead of filling up the ground floor. I was just a newbie; I didn’t know how crazy those punk rockers could get. Suddenly, a mass of sweaty graphic tees started elbowing its way to the front. A mosh pit formed during the first song, and my face got smushed against the Iron Maiden denim vest of the man in front of me. I feared for all the facial piercings in the crowd. My friends and I spread our legs and squatted like linebackers, bracing for impact. Elbows out. There was no mercy.

A very intoxicated man in a striped shirt gave me a hard push. I pushed him back, and we held eye contact like, “We cool?” for a few seconds before he continued singing along. Later I saw him crowd surfing, and a security guard caught him and put him on the ground.

Yellowcard played their most popular hits (mostly from their new album “Lift a Sail,” released in 2014). They calmed their set down with the song, “California” (heartbreaking throwback to Malibu), and the mosh-pitters formed a wide circle around two sisters who slow danced together. It was almost touching. Someone tossed their beer on the crowd as one last hurrah before Yellowcard’s final song (“Ocean Avenue,” obviously). Lead singer Ryan Key thanked everyone for their energy and for supporting their music.

“As long as you keep doing that,” he said, “we’ll keep coming back.”

But I am not sure if the audience had the youth or stamina for another one of those concerts, and I could sense the “I’m going to regret this in the morning” vibe as we all shuffled through the doors after Yellowcard left without an encore. The ground was littered with plastic cups, glitter and toilet paper, and the bottoms of our shoes clung to the sticky floor.

I recognized some of my fellow concerters on the Tube home. We were back in the real world now — school tomorrow, work tomorrow. Reminiscing about high school rebellion was over. But we were still covered in one another’s sweat, and I smiled as I combed some stranger’s drink out of my hair, thinking, “What a great chance to relive the worst years of our lives.” 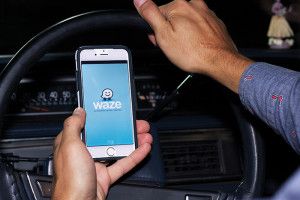 Photo by Sylvia HartleyOn occasion, students will find the need to travel to specific locations by navigating through the crazy...
Copyright 2013 Jupiter Premium Magazine Theme
Back to top