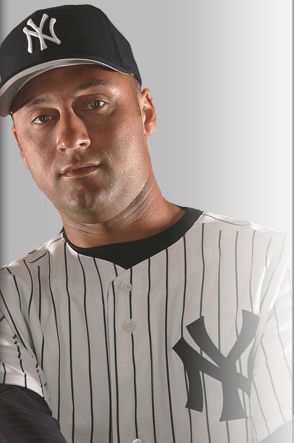 The long-time Yankees shortstop, Derek Jeter, has announced his retirement

For the past several weeks, Jeter has been doing what he has long done for almost two decades: getting a head start on spring training by working out at the team’s complex in Tampa, Fla.

Last Wednesday proved to be different.

Jeter announced on his Facebook page in a lengthy letter that he will retire from baseball after the 2014 Major League Baseball season.

“For the last 20 years I’ve been completely focused on two goals: playing my best and helping the Yankees win. That means that for 365 days a year, my every thought and action were geared toward that goal. It’s now time for something new,” Jeter wrote.

The Yankees drafted Jeter, who will turn 40 in June, in 1992 with the fourth pick in the first round, and he has been the Yankees’ starting shortstop since 1996. The Yankees went on to win four championships during Jeter’s first five seasons, thanks largely to his clutch performances in big spots. He added a fifth championship in 2009 and made history in 2011 by becoming the first Yankee to record 3,000 career hits.

With 3,316 hits, Jeter enters the 2014 season ranked 10th on the all-time list, though he could move up to fifth place with a 199-hit season in 2014. But personal achievements have never been Jeter’s concern. The shortstop has always stressed his team over himself, far more concerned with the result of the game than his personal stats.

“I’ve experienced so many defining moments in my career: winning the World Series as a rookie shortstop, being named the Yankees captain, closing the old and opening the new Yankee Stadium,” Jeter wrote in his Facebook statement. “Through it all, I’ve never stopped chasing the next one. I want to finally stop the chase and take in the world.”

The announcement came as a surprise to Jeter’s former teammate and current manager, Joe Girardi.

“I think we were all a little bit taken [aback] by it. You are never sure how someone is going to do it, but I had no inkling that is what he was thinking, so I was little taken aback by it,” Girardi said in an interview with ESPN.

The Yankees manager then went on to reflect on the time he spent with Jeter as a teammate.

“I think about when he came up, when he was there every day in ‘96, how youthful he was — and God, he looked so young — but how mature he was as a player and what he blossomed into,” Girardi said in an interview with the Associated Press.

Upon announcing his retirement, Jeter received many forms of congratulations via Twitter, Facebook and an official announcement from MLB Commissioner, Bud Selig.

“In the 21-plus years in which I have served as Commissioner, Major League Baseball has had no finer ambassador than Derek Jeter,” Selig wrote in his official statement. “Since his championship rookie season of 1996, Derek Jeter has represented all of the best of the National Pastime on and off the field. He is one of the most accomplished and memorable players of his — or any — era. Derek is the kind of person that generations have emulated proudly, and he remains an exemplary face of our sport.”

Going into the 2014 season, a cloud of uncertainty surrounds the Yankees. Alex Rodriguez will be serving a season-long suspension, All-Star slugger Robinson Cano will no longer be in pinstripes and a new pitcher, Masahiro Tanaka, will join the team. With all these events and the usual New York media hounding the Yankees, Jeter’s retirement tour will surely hold the most weight.

Athletes and baseball fans around the world are mourning the eventual loss of Jeter, even here at Pepperdine.

“For as long as I have been alive Jeter has been the Yankees shortstop,” freshmen outfielder Ricky Davis said. “It is going to be weird seeing someone else at that position in pinstripes. I’m happy to see him going off the way he wants to, though, and I’m stoked to see how the league will congratulate him.”

Before he retires, though, Jeter has one final mission.

“I want to soak in every moment of every day this year, so I can remember it for the rest of my life,” Jeter wrote in his Facebook statement. “And most importantly, I want to help the Yankees reach our goal of winning another championship.”

It is very rare that an athlete can transcend a sport during their career. For almost 20 years, Jeter has done just that. His hard work, perseverance and ability to show the utmost class will make Derek Jeter one of the greatest players in baseball history. 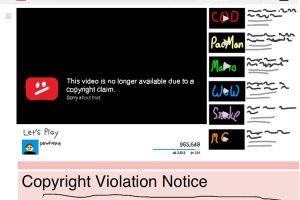 Art by Brooke MuschottFor at least six years now, I’ve been a subscriber to a number of gaming channels on YouTube....
Copyright 2013 Jupiter Premium Magazine Theme
Back to top