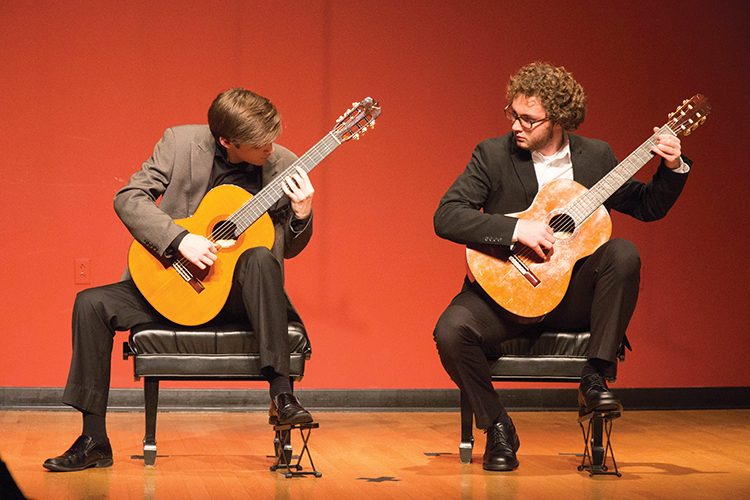 While campus began to simmer back to life, and the stillness of winter break surrendered to the business of spring semester, something else, something beautiful, was happening in Raitt Recital Hall. Eight impassioned classical guitar students performed for a small and fortunate audience.

Students of Christopher Parkening, a Pepperdine distinguished professor of music and chair of the classical guitar department, kicked off their first performance of a monthly concert series Tuesday, Jan. 10.

“They [the students] have a love for music and the guitar that makes me very proud of each one in our guitar program,” Parkening said.

On the second Tuesday of every month, the public can attend a free concert showcasing the Pepperdine Classical Guitar department. The department, which was ranked No. 1 in the nation by Music School Central, will also perform each following Friday at 3 p.m at the Malibu Public Library.

The students who study under Christopher Parkening have worked hard to do so. Parkening is a world-renowned musician, boasting two Grammy nominations and an extensive body of work. Perhaps one of his most influential accomplishments is his development of the Parkening International Guitar Competition, which hosts competitors under the age of 18 from all over the world and offers a grand prize of more than $65,000. Some of our very own Pepperdine Waves have been participants and were even recruited through Parkening’s international competition. 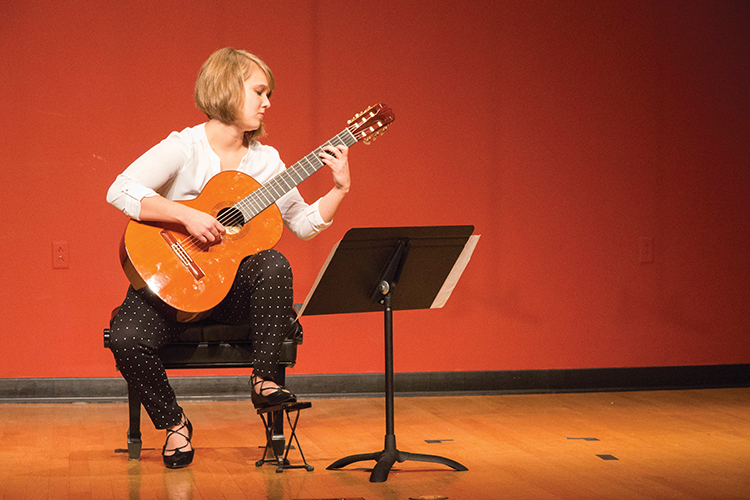 “Many students from the young guitarists competition come to compete, as well as many come back and want to be a part of our guitar department,” Parkening said.

For every second Tuesday of each month in the Raitt Recital Hall, world-renowned music will meet the eagerness of dedicated, young students. Parkening said his students practice three to four hours per day and prepare months in advance for a concert. 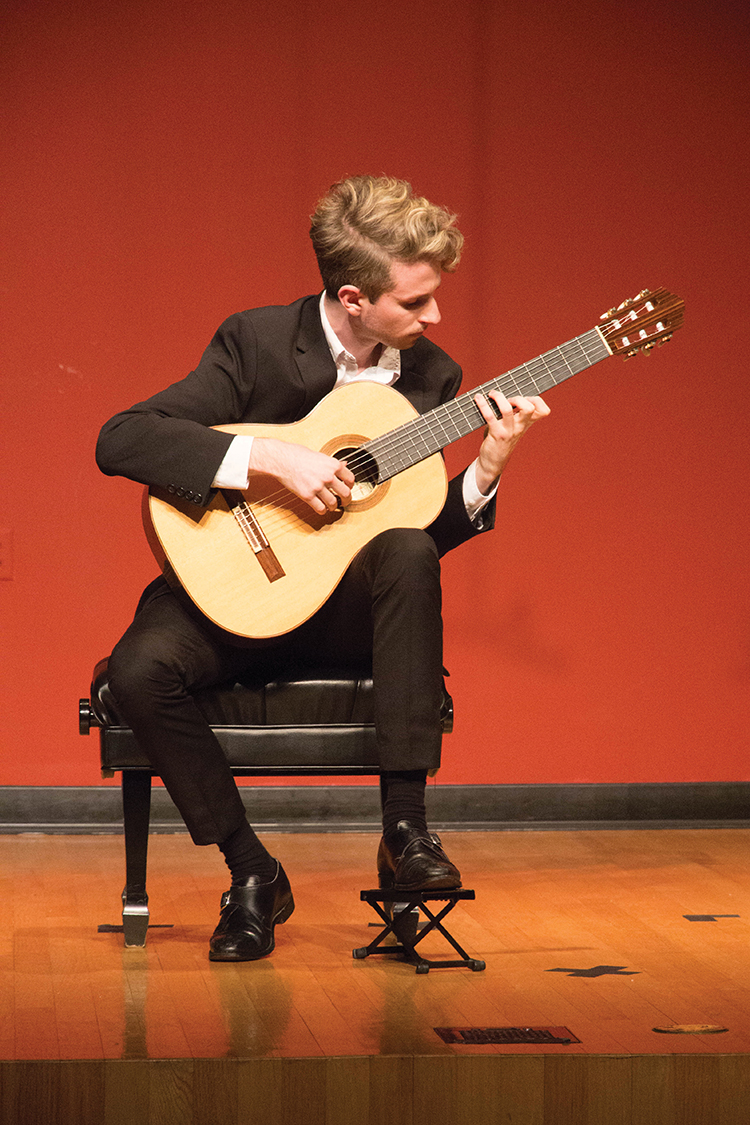 “Each student is very disciplined and hard working. We all work to maintain a standard of excellence in whatever we do,” said sophomore Hope Mueller, who was the first woman ever to be admitted into Professor Parkening’s program.

The ability to evoke strong emotion is what the students work so hard to achieve. Mueller explains that she and her mentor share a passion of glorifying God through music.

“I dream of performing on stages all over the nation spreading the good news. Johann Sebastian Bach signed each of his works with the phrase “Soli Deo Gloria,” or “Glory to God Alone,” Mueller said. “That is what Pepperdine’s guitar department is all about, and what I hope to share in the years to come.”

Guitar student Joe Hertz describes studying at Pepperdine under Professor Parkening as a “once in a lifetime opportunity.” For the Malibu and Pepperdine community, it’s also an amazing opportunity to attend these concerts. The public can attend the next concert Tuesday, Feb. 14 at 5 p.m. in the Raitt Recital Hall. There will be five more concerts on campus until the end of the semester, including a Guitar Chamber concert on April 18 at 7:30 p.m. 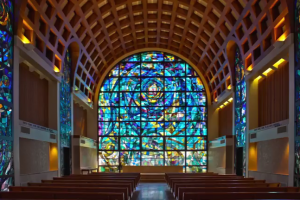 What happened at Pepperdine this week? Chapel vandalism, the installation of water bottle stations, a recovery support group...
Copyright 2013 Jupiter Premium Magazine Theme
Back to top