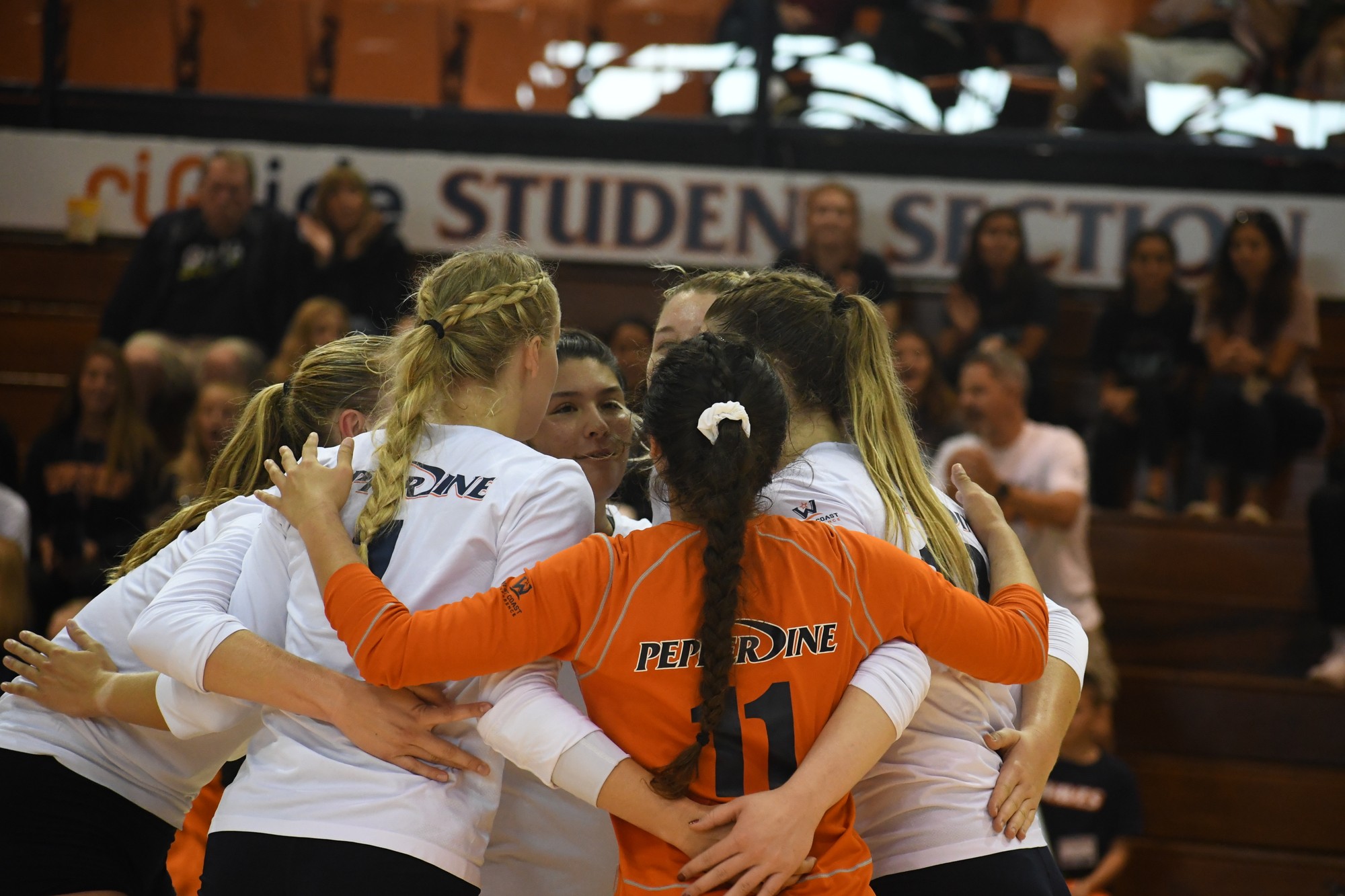 Pepperdine Women’s Volleyball swept the Loyola Marymount University Lions on Saturday at Firestone Fieldhouse. Junior Hannah Frohling led the Waves with 14 kills while freshman Rachel Ahrens was close behind with 13.

Pepperdine improved to 13-5 on the season and remained in second place in the West Coast Conference while LMU fell to 15-4 and fourth place in the WCC.

“It was a very big time team effort,” Head Coach Scott Wong said. “I think the win here [comes] … from our practice gym [where] our 17 girls are competing and getting after it. And then you see this product of seven or eight players out on the court playing well.”

The scoring went back and forth in the first set. The Waves started to gain control after the set was tied at seven, streaking ahead to a 20-14 lead when the Lions called a time out. Frohling and Ahrens scored five of Pepperdine’s last seven points to help the Waves take the set, 25-18.

Ahrens recorded five of her 13 kills in the second set. Once Pepperdine got the lead early in the set at 2-1, they never let it go. The Waves scored five points in a row twice in the set, leading them to the same result: a 25-18 victory.

Pepperdine scored first in the third set, but LMU scored twice to take their first lead since the first point of the previous set. The Waves scored four points in a row to take a 5-2 lead. The Lions kept it interesting for most of the final set, coming within two points of Pepperdine at 18-16, but the Waves’ subsequent 7-2 run gave them another 25-18 win. 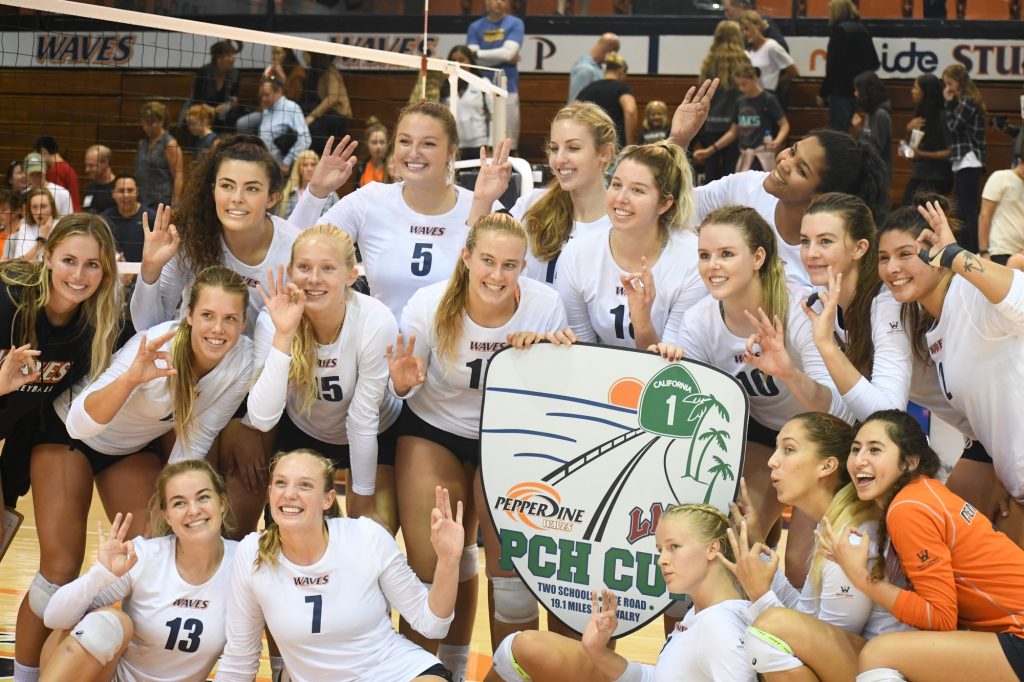 The rivalry between Pepperdine and LMU made the Waves’ victory even more significant.

“We try not to look into it too much,” Wong said. “But there’s been a huge history of LMU volleyball because they’re a great program that has done great things and we like playing great teams. They’re down the street too, so there’s a ton of significance, but I think the bigger thing is that we got to play a really good team and we played really well.”

As a freshman, this was Ahrens’ first experience with the rivalry.

“I heard last year we lost to them,” Ahrens said. “So it’s pretty amazing that we came back and crushed them and beat them in three.”

The Waves secured a significant PCH Cup win, but they are already focusing on their next matchup.

“We have a big tough team to play against with the [University of] San Diego team,” Wong said. “That’s going to be our next match, our next focus, and then after that we’re halfway through our season for conference.”

Frohling said beating LMU was a big deal for the Waves, not only because of the rivalry, but because it further separated the two teams in the conference standings. She will not spend too much time celebrating the win though, as she too looks ahead.

“We have another tough week coming up,” Frohling said. “We play USD and BYU next week, so we’ll see if we can beat them too.”

San Diego is ranked just behind Pepperdine in the WCC at No. 3 while Brigham Young University is ranked No. 1. The Waves lost to BYU earlier this year, but the matchup against San Diego will be the first this season.

The Waves look to keep it rolling through the rest of the year.