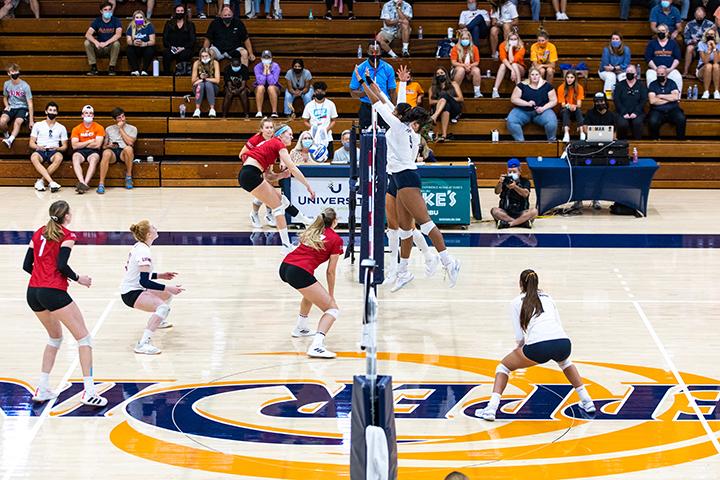 With this win, Pepperdine continues its scorching start to the season, earning a six-game win streak and starting off WCC conference play undefeated in four matches. The Waves had an overall record of 36-16 against LMU before this matchup, with its previous win this past March in a victory that took three sets.

“I think the beauty of playing in a great conference is you’re tested all the time,” Head Coach Scott Wong said. “Really proud of our team for fighting and battling no matter the situation.”

The first set saw both teams trading points, as neither team was able to gain much offensive separation from each other.

It wasn’t until junior setter Isabel Zelaya scored on a kill with the Waves up 13-10 that the Waves offense picked up some steam.

Fueled by Zelaya and senior outside hitter Rachel Ahrens, the Waves went on a scoring run, increasing their lead to 17-10. The set closed with Ahrens landing the critical kill, ending the first set 25-23, assisted by Zelaya. 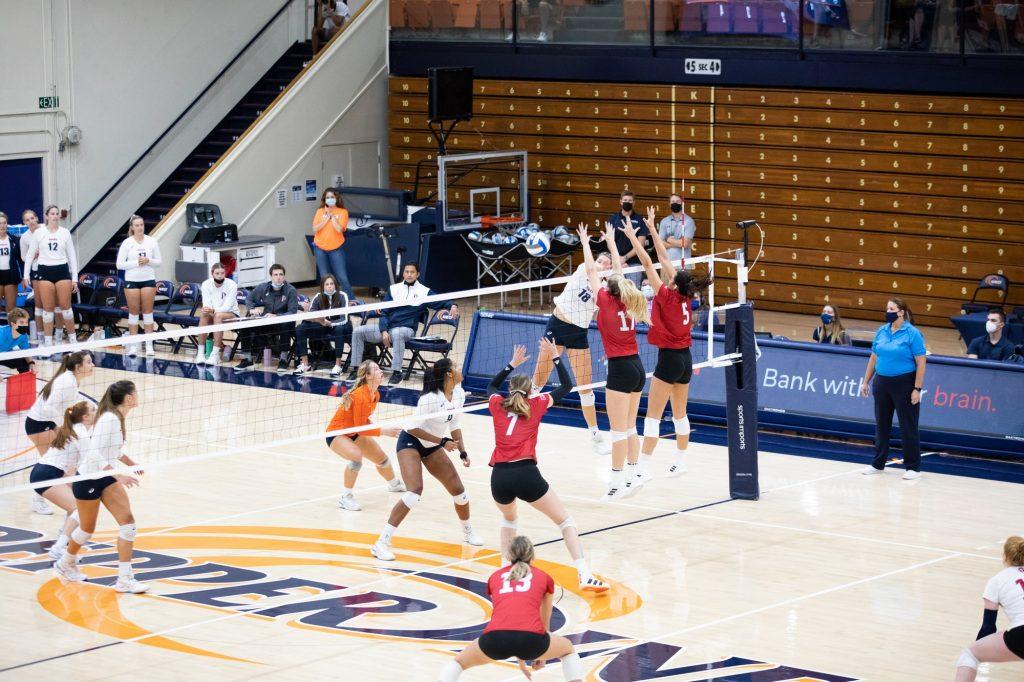 “Games can go either way, they can go up or down,” Ahrens said. “But I think just pushing through those moments where we’re kinda low on energy and things aren’t going our way it shows that we are resilient, we don’t give up.”

The second set was where the drama took place. A set normally ends at 25 points, but it took the Waves 34 points to triumph over the Lions.

Sophomore middle blocker Meg Brown got the scoring started by converting on a kill. LMU quickly responded by scoring four straight points, two of which came from service aces, taking an early 4-1 lead.

The turning point came when the score was 19-14, with LMU leading the way. Senior libero Madison Shields racked up an ace and Pepperdine closed the gap 19-17, trying to mount a comeback.

The run ended with a score of 20-17 when LMU scored on a kill by senior outside hitter Megan Rice, which Wong challenged. Unfortunately for the Waves, the original call on the floor stood.

“I think we do a good job of working through those kind of undisciplined moments and then coming back together as a team and be disciplined,” Shields said.

The match increased its intensity at this point, as both teams traded points yet again.

Every time it seemed like the Waves were gaining some momentum offensively, the Lions always had an answer, whether it came from a service error or a kill. The Waves just could not pull away.

LMU freshman outside hitter Kari Geissberger scored on a kill, edging LMU’s lead to 26-25. Wong immediately approached the referee, and after much debate, he decided not to use his second challenge.

“The same player touched the ball twice and that’s something [that] isn’t challengeable,” Wong said. “So that’s when I decided not [to use the challenge] because she ruled it that it was not challengeable.”

The NCAA decided to experiment with replay systems this year in order to improve the accuracy of calls and to see if any rules need to be adjusted. Coaches will have two challenges once the match starts, but if the match ends up going to a fifth set, they will have an additional challenge, although there are some specific rules that aren’t challengeable.

Finally, with the score tied at 32, LMU committed a service error and attack error and the Waves came out victorious. LMU made a total of 33 errors during the game. 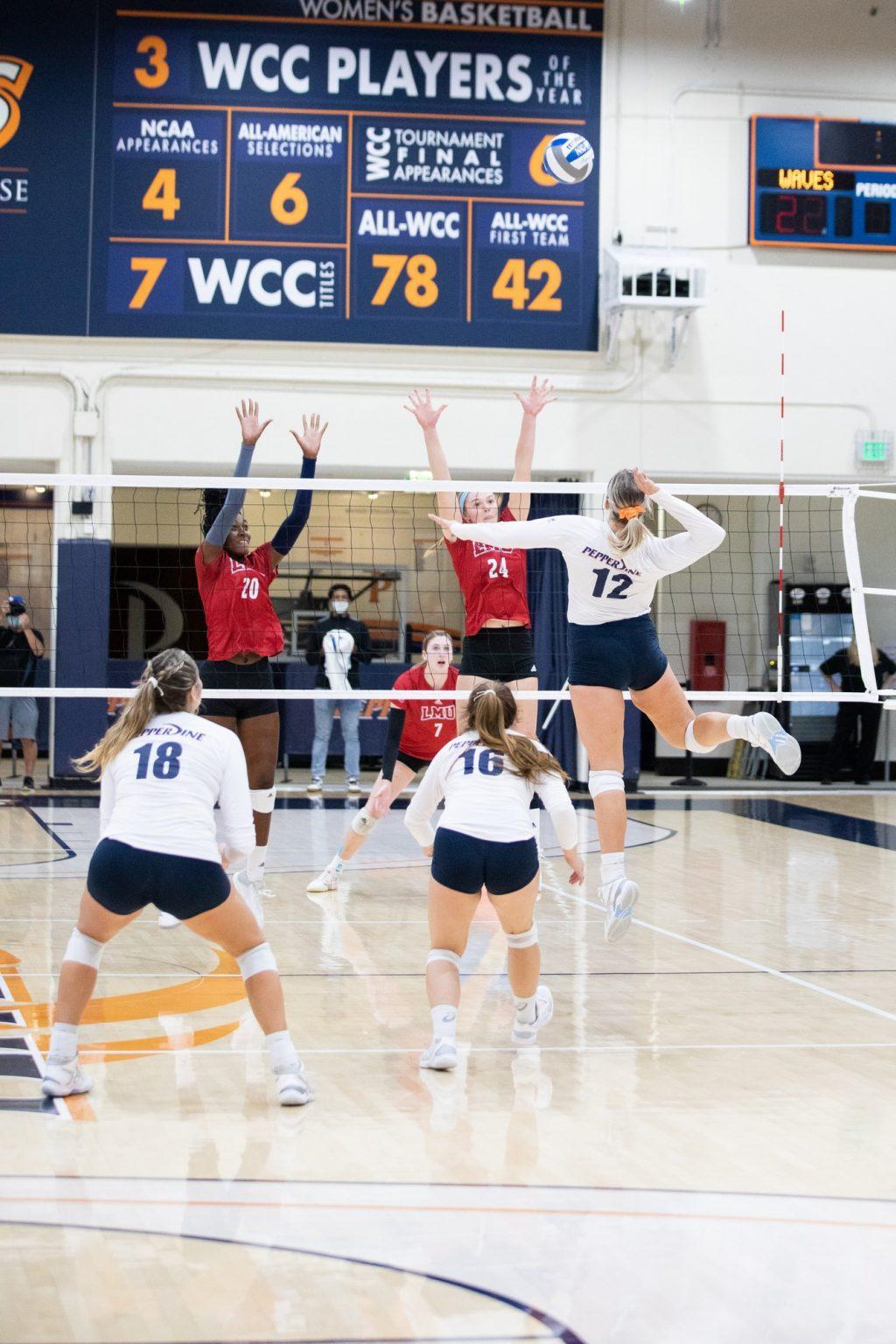 With the Waves taking control of the first two sets, LMU returned the favor with their backs against the wall.

LMU came out firing in the third and was able to score six straight points during one stretch, which included five attack errors from Pepperdine and one kill by Geissberger, increasing LMU’s lead from 11-11 to 17-11. Pepperdine could not recover from that assault, and due to their errors, lost the set.

The Waves weren’t worried. Wong said they trusted their teammates and the defensive effort that they’ve worked on all season long.

“There’s a group of 17 young ladies that just love volleyball,” Wong said. “I think it’s them looking at each other in the eye saying ‘You got this’ and then getting back to work and working hard to build confidence.”

The fourth set had a similar feel to the start of the game, which mostly included the teams trading points. Freshman outside hitter Grace Chillingworth had four kills in the fourth set, but Pepperdine committed six attack errors, which ultimately led to their downfall. LMU won the set 25-23.

“When we struggled during the second, third set, it came down to communication, and then we picked it up,” Shields said.

The fifth set had more of an offensive flow for both teams. With the game on the line, LMU struck first, coming out with four straight points.

Pepperdine responded with a 5-1 run of their own through a ball handling error by LMU freshman setter Isabella Bareford and two attack errors by Geissberger.

The set was tied at 11 when Pepperdine began to pull away. Chillingworth was an offensive spark throughout the match and scored on a crucial kill. This was quickly followed by an ace by junior defensive specialist Kayla Joyce.

Ahrens and Brown accompanied the offensive with a kill and ace, respectively. The match ended with an error by Geissberger.

The Waves celebrated, but LMU Head Coach Aaron Mansfield decided to use his final challenge. As the crowd held their breath, the Waves rejoiced as the original call stood and they came out victorious.

“I thought we defended, blocked really well, I’d give us an A for that,” Wong said. “I felt like that was our strength tonight and I’m proud of our team for doing those things.”

Ahrens and Chillingworth finished the match with 18 kills a piece. Zeyala led the team with 48 assists and Shields contributed with 23 digs. Senior middle blocker Rosie Ballo had an efficient night as well with eight kills. 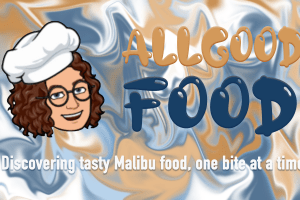