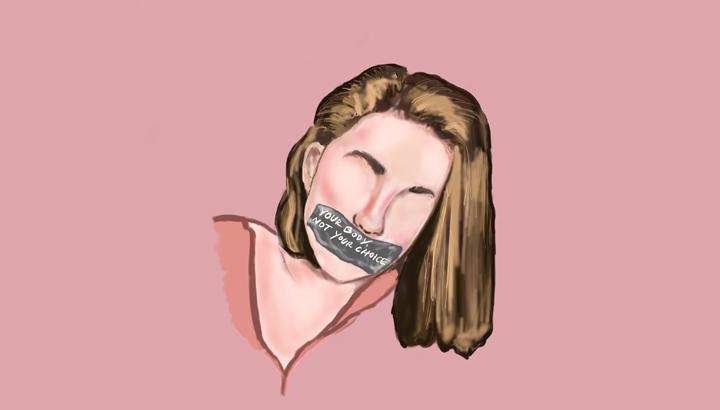 Abortion is a touchy topic.

The right to have an abortion is a life-changing decision for some, a governmental flaw for others and a religious or ethical debate for many. And yet within this intimate decision a woman may confront, overarching institutions dominate the conversation.

“Deciding to have a baby is really personal, and it’s very powerful when you realize you want to and it’s powerful when you realize you don’t,” said Jennifer Baumgardner, women’s rights activist and former executive director of the Feminist Press. “For me, it’s hard to imagine having this decision be meaningfully adjudicated by anyone other than the individual who has to make that baby or not.”

This sensitive subject has been a deeply rooted controversy in American society even before the U.S. Supreme Court’s 1973 decision to legalize abortion in Roe v. Wade, and the conversation continues today. Across these debates, many feminists argue that most of the conversation and media attention has focused on what the courts or the churches have to say — not what the individuals facing this decision have to say.

Junior political science major Millie Paraschiv is a passionate women’s rights activist. She is adamant in opposing the men who have been making decisions she said they will never have to experience themselves.

“Many men are fearful, and they’re worried of women being able to get this power and have control of their bodies,” Paraschiv said. “But no man should be able to decide if a woman can get an abortion.”

In the spirit of “her body, her choice,” Paraschiv believes that there should be no restrictions on abortions.

“A woman should never have to justify herself in her decision to have an abortion,” Paraschiv said.

Sophomore biology major Madeline Colella also describes herself as a feminist, although she does not think that her views align with the typical feminist perspective since she is against access to abortion.

“It’s not because I don’t want women to have a choice of what they want to do with their bodies,” she said. “I just want more respect and excitement for life.”

With a Roman Catholic upbringing and education, Colella said her beliefs come from a religious perspective about the “sacredness of conception” and of life. While she supports more restrictions on abortion services, she wants to see improved access to family planning and adoption services.

“I would hope that they would keep the child; in my view, it is a gift from God,” Colella said. “But if they don’t understand that, it’s not my decision to make them keep the child.”

Then there are individuals like junior philosophy major Emma Thomasson, another feminist who stands in the middle of the conversation.

“I don’t know if I would make that decision [to have an abortion] for myself, but I would definitely want the right to,” Thomasson said.

Thomasson said many of the patriarchal ideals written in the Bible have been woven into society.

Religion and politics: A combined discussion

Baumgardner said the debate around when life begins is a religious question that plays out politically and consequently creates “major wedge issues” in state and federal campaigns.

Religious actors push many of these major wedge issues, such as in the Hobby Lobby ruling in 2014. Here, the Supreme Court declared that privately held, for-profit employers can object to providing birth control coverage for employees if those services conflict with the employer’s deeply held religious beliefs.

Other anti-abortion rights strategies stem from medical contexts, such as Louisiana’s “Unsafe Abortion Protection Act.” The act requires abortion physicians to have admitting privileges at a nearby hospital. In 2016, the Supreme Court struck down a similar Texas law, arguing that it was overly restricting access to abortion by closing down several clinics. Louisiana activists, however, remain hopeful that today’s more conservative-leaning court will rule differently. The Supreme Court heard arguments in early March, according to NPR.

Since Roe, Louisiana has implemented 89 restrictions on abortions, surpassing every other state, according to Guttmacher Institute — a reproductive rights think tank.

“While it’s true that the law says in Roe v. Wade that states can’t outlaw abortion in the first trimester, what the court subsequently said is that states can, if they chose to, put in a lot of obstacles for women seeking an abortion,” Political Science Professor J. Chris Soper said. “Part of the reason for passing those laws is because they want the court to overturn them, the precedent.”

Most states have regulated abortions, with 43 placing time limits on how long a woman can wait to have an abortion, according to Guttmacher Institute. The most conservative states require waiting periods and mandatory counseling before women can get an abortion.

Since Jan. 1, 2019, 17 states, mostly in the South and Midwest, have passed laws restricting abortion access, leading 25 more urban states to introduce legislation to protect abortion rights, according to the Guttmacher Institute.

Another tactic anti-abortion rights activists use is to deny federal funding. The Trump administration won a case in February in which the 9th U.S. Circuit Court of Appeals upheld a “gag rule” that denies federal Title X family planning funds to clinics that make referrals for abortion, according to Reuters.

While Planned Parenthood President Alexis McGill Johnson told Reuters the rule created “egregious barriers” for low-income access to healthcare, a U.S. Department of Justice representative cited a Health and Human Services (HHS) rule that prohibits the use of “taxpayer money to ‘subsidize abortion’ through Title X.”

Known for her influence on the third-wave feminist movement, Baumgardner has used her voice to spotlight female stories — stories that are less frequently discussed in the media. For example, her “I Had an Abortion” Project revealed interesting preconceptions about unwanted pregnancies.

“No one ever saw themselves as someone who would get an abortion,” Baumgardner said. “… It can be a blow to your self-image because most of us associate getting pregnant and abortion with all these other elements of identity — our religion, relationships, parents — that are already complex, and the words pro-life and pro-choice do not begin to describe that complexity.”

Baumgardner also found that having the abortion was not what women were most upset about.

“The shame really was getting pregnant because younger women thought, ‘I had access to birth control, how did I let this happen?’” Baumgardner said. “So, there is also a misunderstanding about how easy it is to get pregnant accidentally.” 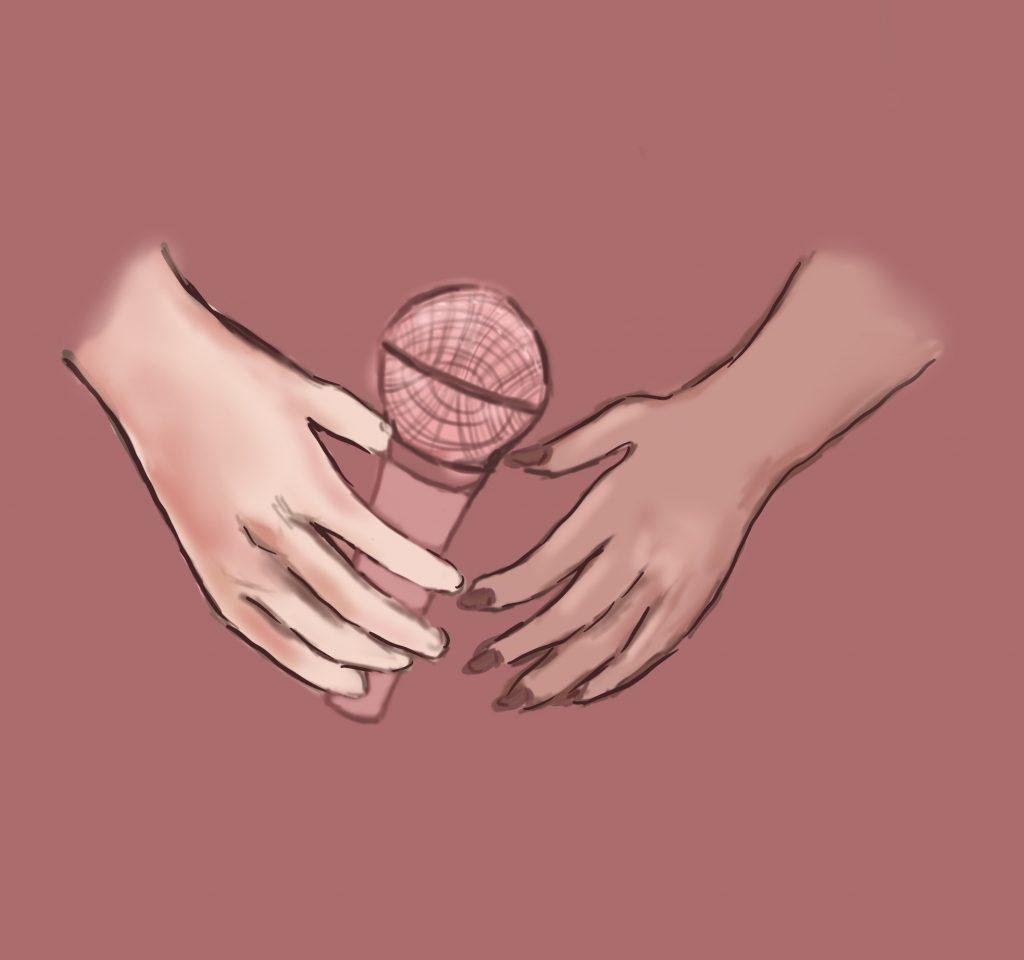 Douglas W. Kmiec, American legal scholar and former Pepperdine Caruso School of Law professor, said the right to privacy principle in Roe was flawed from the beginning. He questioned whether it was appropriate for the court to rule on this issue at all.

“People on all sides of the political spectrum look at Roe v. Wade and say that it is deeply flawed [and] that in fact there is no textual history for finding a right of privacy that includes a right for terminating pregnancy,” Kmiec said.

Kmiec, a Roman Catholic Republican, said he believes that the government should respond to the abortion controversy by understanding a woman’s reasons for having an abortion and then implementing programs, like healthcare and family planning, that make raising the child financially and physically possible. This belief is one of the core reasons Kmiec endorsed pro-abortion rights Democrat Barack Obama in the 2008 presidential election.

Despite the backlash he faced for his endorsement, including a denial of communion at church, according to the Washington Post, Kmiec said he stayed true to his ethics, faith and political position.

“In our constitutional system, no one faith has the authority to impose its view on other faiths that would disagree or on people of no faith,” Kmiec said.

Kmiec said the church sometimes harms itself by getting involved with politics, becoming active in state legislatures or Congress.

“There is no consensus that has emerged in our culture, and for [the church] to insist that there be a position that favors [its] perspective violates the First Amendment,” Kmiec said.

Both Kmiec and Baumgardner said they believe that this controversy is more personal than a courtroom ruling.

“I’m less interested in people’s passionate political views about abortion and access to birth control than their experiences,” Baumgardner said. “We can learn so much by listening to someone recount what has happened to them. We can potentially be changed by our human ability to be empathetic.”

In the next stages of this controversy — in the courtroom, in the church, or among fellow peers — it is time to take the debate and turn it into a conversation. But for this go-around, women have the floor.

Whether she is a disciple of “her body, her choice” like Paraschiv; sees pregnancy as a gift from God like Colella; or does not know what she would choose in the moment but believes in access like Thomasson, all three women believe in giving the microphone back to women and letting their voices be heard. 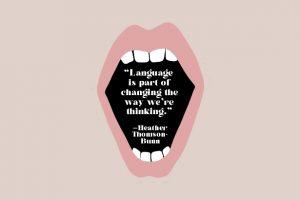 Art by Natalie RulonSticks and stones may break bones, but words have power too.The way people speak and write on a day-to-day...
Copyright 2013 Jupiter Premium Magazine Theme
Back to top