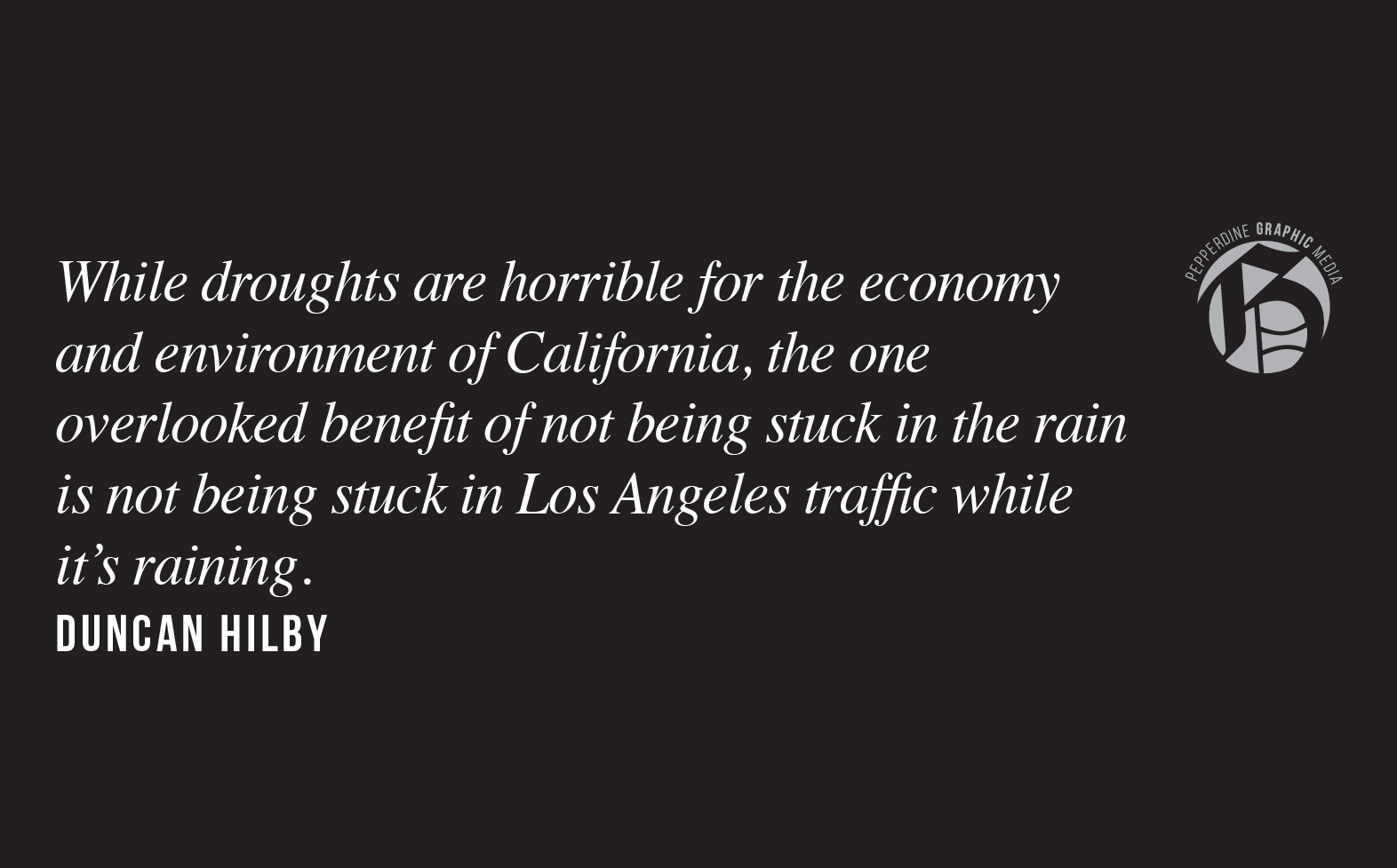 I have friends from across the United States who enjoy the rain. They make a cup of their favorite coffee or tea, put on a cozy sweater and blanket and then sit on a covered porch and enjoy the atmosphere. They’ve created a wonderful memory of the rain that will last them a lifetime.

Being from Los Angeles, this is not my experience at all. It’s hard to imagine anything but a mixture of awe, wonder and horror as I realize that it has rained. This is because rain hasn’t been seen very frequently in Los Angeles in recent years. According to CBS News, Gov. Jerry Brown officially ended one of the worst droughts in the history of the state on April 7, 2017.

Drivers are supposed to drive incrementally slower when it rains but some still insist on speeding down the road and cutting other drivers off. A 2015 article by Bianca Barragan in curbed Los Angeles stated car crashes in Los Angeles jump from hovering around 10 per hour when its dry to 15 at the 3 o’clock afternoon hour when it rains.

Other drivers drive so slow that it seems as if they’ve completely forgot every single thing they learned about driving, all water comes down and drops straight onto their windshield.

Why is there no in between? Does everyone in Los Angeles have to forget how to drive during the handful of days out of the year that it rains?

Rain should not faze anyone from the great city of Los Angeles. Drivers face down some of the worst traffic known to the world daily. When it comes down to it, teamwork is a huge part of driving. Can we all just work together to overcome the menace we call Los angeles drivers in the rain?