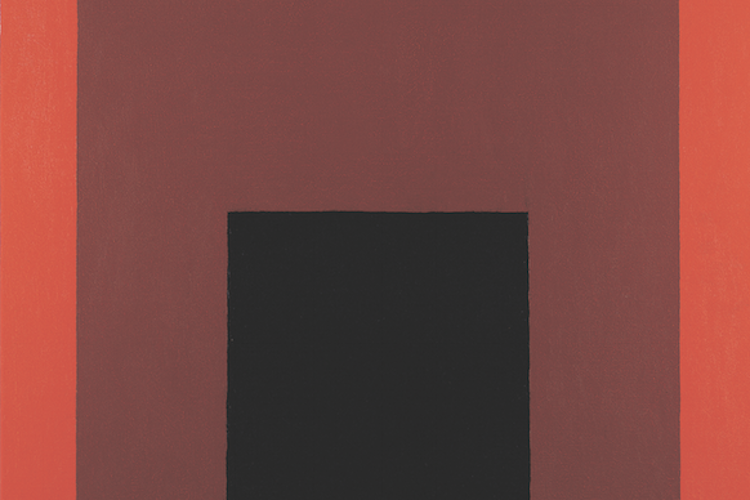 The six-and-a-half-foot sculpture “Blood Mirror III” occupies the back wall of the Frederick R. Weisman Museum. Reflected in the dark red surface of the bowl, Director of the Weisman Museum Michael Zakian discussed the piece.

“You can look at it, but it’s hard to see what you’re seeing because it’s all reflective,” Zakian said. “So you’re not seeing it; you’re seeing everything outside of it.”

“Blood Mirror III” is a work by Anish Kapoor, a British-Indian artist. He is famous for his sculpture “Cloud Gate,” [in Chicago’s Millennium Park], which is better recognized by tourists as the “large metallic bean.”

Kapoor’s work is one of 46 large-scale pieces in the “Back to Basics” collection, which officially opens today and closes Dec. 6.

“This is steel,” Zakian said, referencing the structure with his hand. “It is stainless steel, and it is so heavy. [It took] eight men to install it, though we could have used 10.”

Zakian’s voice amplified as he stood directly in front of Kapoor’s sculpture. “You can stand right here and talk, and everyone can hear what you’re saying,” Zakian said. “It works because it’s a parabola, which is a mathematical curve. If they ever pulled electricity, you could use these to communicate.”

Each fall exhibition at the museum features art from the Weisman Collection. For “Back to Basics,” Zakian worked closely with Billie Milam Weisman, wife of the late Frederick R. Weisman.

“I wanted to think of something different for the collection,” Weisman said. “We’ve never done an exhibition on minimalistic art, and I didn’t want to do a full show on it. Each of the pieces has individual meaning depicted with different forms.”

The collection, which contains pieces made from 1958 to 2014, is unified by a focus on bold colors and geometric shapes, though each work carries its own tune.

“One of the things that we like to do in our shows is to look for similarities and differences in form,” Zakian said, turning to a sculpture next to Kapoor’s “Iseki Yellow.” “[‘Blood Mirror III’] has a perfect curved shape, then you have [‘Iseki Yellow’] which has curves, but they aren’t perfect. The curves are twisted, turned, warped [and]tweaked.”

While the idea of perception appears to be a running theme, Zakian said there are some pieces in the collection that have nothing to do with it at all. He used “Singer,” a painting by Tim Bavington, as an example.

“[Bavington’s paintings] are based on contemporary music, often rock and roll songs,” Zakian said. “He has a program in his computer that assigns a color to a particular note; then he’ll play the song through the computer. Once he gets a printout, he sits with an airbrush, and he carefully copies that pattern onto the painting. It’s a connection between what you hear and what you see. You’re seeing music.”

Some of the works are bizarre, eye-catching and boldly three-dimensional. Others, however, like Donald Judd’s “Untitled,” are intentionally less striking.

“This is a great work,” Zakian said. “This is about nothing. It’s only about itself.”

He stood before the simple sculpture of red, yellow and orange boxes.

“Judd did not believe that art had to reference anything,” Zakian said. “He would say art is about just a shape and a color. He tried to reduce art to the basic essentials. But it makes a very thoughtful statement. It’s just a simple, fundamental shape that is just itself. And it is beautiful for being itself.”

When it comes to the abstract, Weisman said many people take one look, shrug and say, “I could do that.” However, Weisman added, “It’s simple, but that simplicity came after a lot of work and took the artists years of drawing and refinement. It’s a long process. It even took Picasso years to even get to that point.”

Zakian said some works of abstraction are “technically mind-boggling.”

He bent forward toward Daniel Jackson’s “10,000 to a Point Somewhere, Red/Yellows, No. 1,” inspecting hair-thin lines of color.

“He somehow does this on the computer,” Zakian said. “How? I have no idea. On the surface, it’s just so fascinating. It’s a level of technical achievement.”

Zakian said his favorite piece is the oldest in the exhibition: Josef Albers’ “Homage to the Square: Upon Arrival.”

“[Albers] would use the same format for all of his paintings,” Zakian said. “He did over a thousand of these paintings called ‘Homage to the Square’ in his career. And they all have that same pattern of overlapping concentric squares. He was interested in the perceptual effects of color. He called it the ‘Interaction of Colors.’”

Other featured “Back to Basics” artists include Frank Stella, Ellsworth Kelly, Charles Biederman and Isaac Brest, among others. Weisman, who will be at the Reception to Meet the Artists on Sept. 19, said she hopes that even those who are uninterested in modern contemporary art are hooked by a piece in the exhibition.

“[Art] can allow people to explore other areas,” Weisman said. “It gives them new ideas. People just don’t understand how much power art has.”

For the creators of art, appreciators of art or even those just seeking air-conditioned respite, the Weisman Museum welcomes visitors Tuesday through Sunday from 11 a.m. to 5 p.m. to enjoy the interaction of colors. 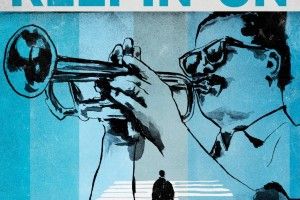 “Dear Justin, challenges are a part of life, as you know. Your mind is a powerful asset. Use it for positive thoughts,...
Copyright 2013 Jupiter Premium Magazine Theme
Back to top