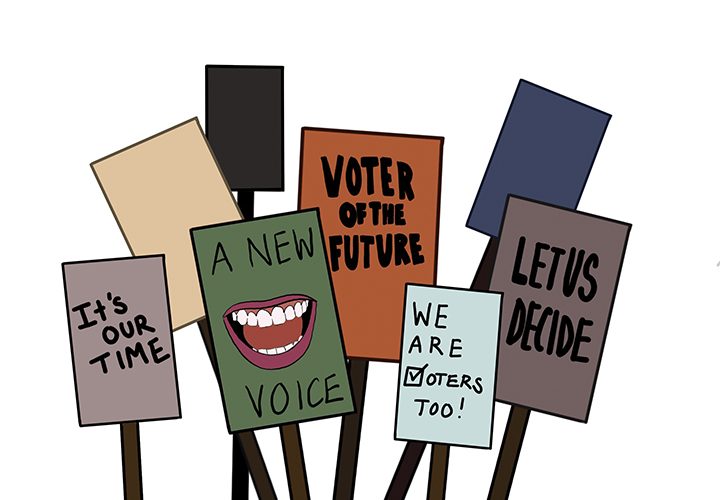 Parents raise their children to be strong, fearless and to fight for what they believe in and to change the world. But what happens when this advice is taken and acted upon? More often than not, student activists and young people, those who are under 30, face issues of wide-spread age discrimination in politics.

In an era of constant political reform and upheaval, the presence of young voices in politics is more important than ever because they warrant the right to have their voices heard and opinions considered.

Pepperdine University encourages students to leave their mark on the world. Whether that be through politics and activism, or other means, Pepperdine is committed to creating leaders and teaching students to think globally. It is the duty of students on campus to move forward knowing that they are capable of changing the world.

In demanding long-awaited representation, young people and student activists everywhere have begun to replace the calcified norms of complacent politics and disconnected leadership with visions of idealism, hope and change.

Alexandria Ocasio-Cortez, Greta Thunberg, Joshua Wong and the survivor-activists from Marjory Stoneman Douglas High School are just a couple of young people who are making headlines for changing the world. Between being a “first,” striking for the climate, defending democracy in Hong Kong and demanding gun safety laws, these young people are proof that young voices are not just the solution but that they are here to stay.

No longer are young people accepting a world where complacency and inertia decide the politics. Young activists and young people across the world have entered into a mindset where the theme of inaction and age-exclusionary politics are over.

Earlier this year, 71% of Americans said they would vote for a president under the age of 40 versus 63% of voters saying they would vote for a candidate over the age of 70, according to Gallup. Exposing major shifts in the United States’ political sphere, this poll presents young people proof that their voices and place in politics is gaining the legitimacy it deserves.

Students at Pepperdine University could learn a lot from these young leaders, previously mentioned. While the opportunity to be politically active on campus is available, few undergraduates take advantage of the clubs and organizations that are offered to students. Being politically involved is an important part of being a global citizen and fulfilling the vision that the university aims to achieve.

That being said, get involved. Join on-campus organizations like the Student Government Association, European Horizons or any other politically inclined club that aligns ideologically with students’ beliefs.

For freshmen SGA elections are quickly approaching, providing the ability for new students to jumpstart their political involvement on campus. There are enormous benefits that come from learning politics at a grassroots level, the most basic being governmental knowledge.

Students have a responsibility to keep up with current events and support fellow young activists in their mission to be included in the lawmaking. Whether one agrees politically with the issue another is advocating for or not, it is essential for young people to stick together and uphold the belief that young voices belong in all places where decisions are being made.

When analyzing the current political climate it is exceptionally easy to become disheartened and even hopeless. However, it is important to remember that the world is changing because of young people, and the world is going to continue to change regardless of approval.

In using their voices to demand change and action, they are preparing for the day when that demand carries into votes, and when the future everyone has waited for becomes the now. Young people have accepted their role in politics; it is time for you to accept yours.

'The Board' Sees Budget Reduction for Student Wellness Advisory Board 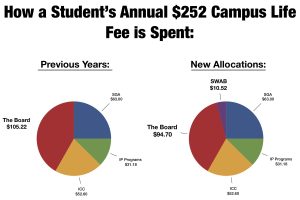 'The Board' Sees Budget Reduction for Student Wellness Advisory Board

Pepperdine students spend $126 a semester ($252 a year) on a mandatory Campus Life Fee. In recent years, the lump-sum of this...
Copyright 2013 Jupiter Premium Magazine Theme
Back to top