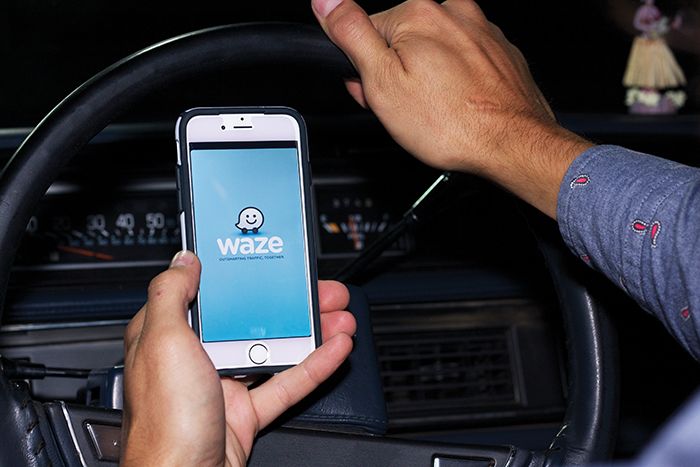 On occasion, students will find the need to travel to specific locations by navigating through the crazy wild goose chase that is the Los Angeles area freeway system. Navigation applications are there to make that journey all the more convenient, and two, which seem similar and are even owned by the same corporation, pose different benefits and detriments.

Out of all the navigation apps out there, Google Maps appears to be a clear contender for the most-used on the Pepperdine campus. Based on the statements of several students, convenience seems to be a key factor. However, the Waze navigation app, with its own range of navigation features, may prove to be more reliable on the road if it manages to overcome not having Google’s brand name attached to it.

The dependence on Google Maps unfortunately also keeps users from experimenting with other apps even within the Google brand. However, there are Pepperdine students who have also begun turning to a new Google app to handle their navigation.

The Waze app is a navigation app that originated in Israel but was bought by Google on June 11, 2013. According to Google’s official blog post, the app would allow users to outsmart traffic.

Waze’s main differentiating feature is its use of community input. As promoted on Waze’s official website, the app not only can display maps and give directions but also displays a wide variety of additional features that could make one’s ride a bit more convenient. For instance, rather than just simple red lines indicating traffic congestion, the app assigns icons to specific causes of traffic in specific locations.

According to the website, Waze has a community of editors who are constantly updating the maps with notifications and improved routes.

Additionally, students have discovered one unusual feature in the form of locating spots where the police cars hide to spot speeding cars. Zapeas said she was aware of the feature but found it somewhat awkward to advertise due to its legal implications. Second-year law school student Carol Lee said the feature was the most useful.

With a wide range of features, Waze could potentially get an audience. However, without the Google name stamped on it, the app may have a smaller user base. Google Map’s fairly wide user base ensures that it will have an edge over the alternatives for a while.

Freshman Asa Miller said Google is a big name and thus the most familiar to most students. “[Google Maps] is what I’m used to,” she said.

Google Maps also has the benefit of being preprogrammed into many phones. Along with Miller, junior Tori Vollmer said she used Google maps because it came preprogrammed with her phone.

Google also already has a large feature that gives it the edge over other preprogrammed apps like Apple Maps. Besides being able to display a map, the app can also give a set of directions to specific locations. In contrast with similar features from other apps, Google’s directions seem to be more reliable, according to students.

“It leads me to where I need to be quicker than other apps,” Pacheco said.

In general, Google Maps’ convenience and large brand name allows it to easily overshadow much of the competition to the extent that some students do not know that other options are available.

Pacheco said she was not familiar with any other navigation apps as the only one she ever had to rely on was Google maps.

However, through word of mouth, Waze could gain some traction.

Even a Google Maps user like Vollmer said she heard of Waze’s ability to identify traffic jams and shortcuts.

Senior Brian Swanson said he first found out about Waze through a friend of his. He previously used the Apple Maps app preprogrammed on his phone, but switched as he found Waze to have more uses.

“I used the Apple

originally, but it didn’t include traffic,” Swanson said.

Zapeas said she learned about the app through her brother. The app gave her the streets that would get her to her destination the quickest as well as shortcuts.

Vollmer said the main reason she did not download Waze despite hearing about its functions was because she was lazy when it came to downloading apps.

It is unknown if Waze will ever surpass Google Maps in popularity. In spite of its additional functions, the application’s popularity appears to only just be building just now.

As it is not already on mobile devices, Waze will have to rely on students finding it among the sea of similar looking applications. 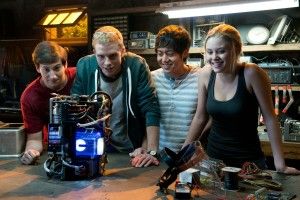