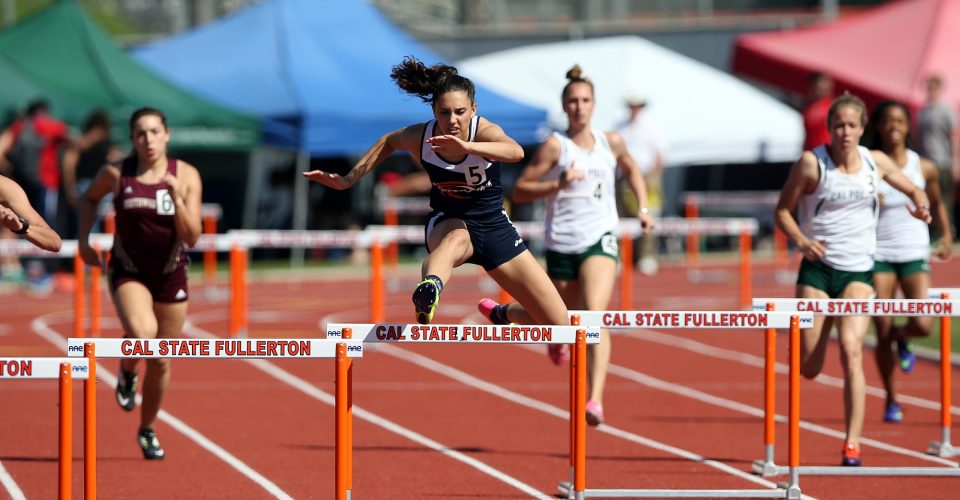 Usually, when “magic” and “Orange County” are in the same sentence, Anaheim is usually implied, not Fullerton. However, for Freshman Treet Allison and Sophomore Catie Barilla, Fullerton provided a magical experience, as both of them broke Pepperdine track records at Cal State Fullerton’s Ben Brown Invitational on Saturday.

Barilla actually broke her own record in the women’s 400-meter hurdles by almost a second and a half, with a 1:03:81 time and a seventh place finish. Barilla wrote in an email that her successful race was a team effort.

“It was an incredible moment for not only me, but my coach [Venus Jewett] as well. We have been practicing day in and day out to improve my time, so it was great to see that hard work reflected in my race,” Barilla wrote in an email.

Head Coach Robert Radnoti said Barilla’s achievements on the track this season have been exciting to witness, partially because of her perseverance.

“[Watching] Catie was really fun, because she’s been nursing this ankle injury for a good part of a year now, and she’s such a tough, hard worker, that it’s really satisfying to see her overcome that,” Radnoti said.”Hard work paid off for her.”

Allison set Pepperdine’s 400-meter record with a time of 50.94 seconds. This wasn’t his only stellar race of the day: Allison’s 1:54.77 800-meter time was 26 milliseconds away from breaking another Pepperdine record (set by our Sports Editor, Kyle Cajero). He finished eighth overall in the race.

Allison said he was surprised by his pair of great races, and that his strategy for each worked out exactly like he was hoping.

“I was just expecting to go out there and see the best we could do, and it turned out to be a beautiful day, and things went well,” Allison said. “For the 400, my plan was to go out as hard as I can, and just hold on and see how long my body can last and strengthen out that last 100. For the 800, it was to kind of go out a little bit conservative on the first lap, get in the middle of the group, and on the second lap, you take off and see where it takes you.”

Radnoti said he was proud of Allison, not only for in his record-breaking 400 meter performance, but also for his killer instinct as a racer, which gives the coach high expectations for the freshman’s future. 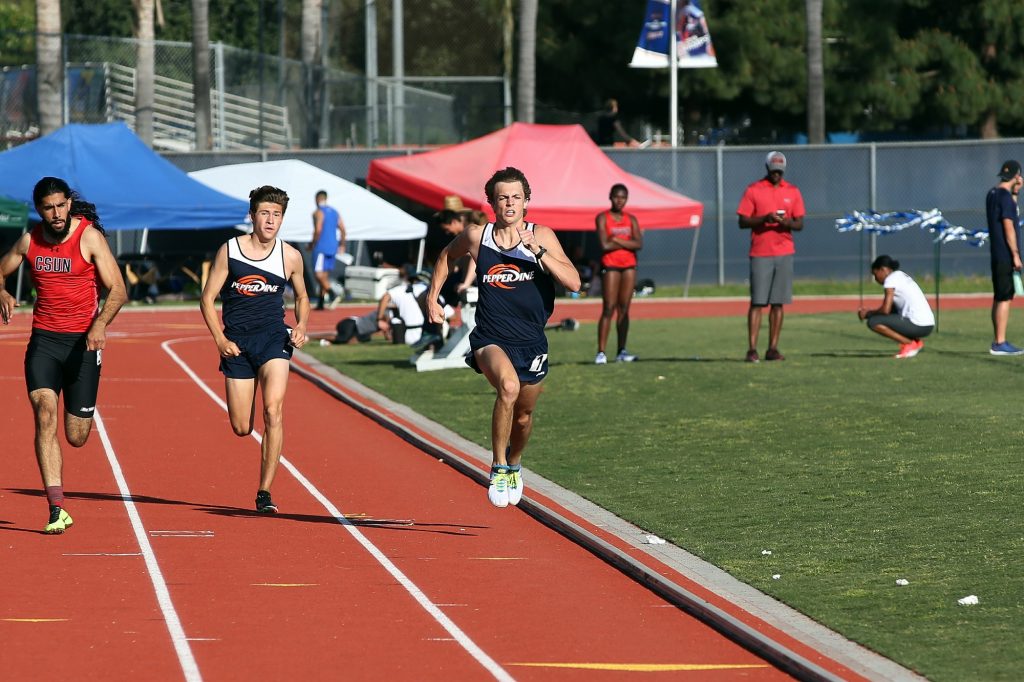 “While [Allison] broke the school record in the 400, I was much more impressed actually with his 800 time,” Radnoti said. “He barely missed breaking that school record also, but really importantly, he knows how to instinctively race, and that’s just such a great characteristic. I think that he might be our first sub-four minute miler within four years.”

Elsewhere on the team, sophomore Nick Heath led the Waves in the mile by running a 4:20 — good for an eleventh place finish. Heath said that although he was proud of how he raced, he thought the other racers’ tempo might have thrown him off initially.

“I think I could’ve done slightly better if the race hadn’t gone out so slow. How [Assistant] Coach Clayton [Graham] compared it to was trying to hit a home run by bunting the ball,” Heath said. “I thought regardless of the slow start, it went really well, and I was happy with my performance.”

Other standout performances at Ben Brown include Senior sprinter Gabrielle Ellis, who ran a personal-best in the women’s 100 meters with a 12.07 second time, which keeps her at number two in the Waves’ record books; Senior Kendall Dunn competed with Barilla in the 400 hurdles and also had a PR with a 1:05:39 time; and Freshman Emma Engelland, who now is third in the record book in the 100 hurdles with a 15.75 time.

Allison said that although the heat was unbearable in Fullerton that afternoon, the team still pushed through the high temperatures to deliver multiple outstanding races.

“It was really hot, so a lot of guys had a problem recuperating after races, but everybody did fantastic, even the guys that were feeling a little drowsy and exhausted still went out there and put in a lot of work,” Allison said. “At the end, when we were trying to pull together a 4×400 team, because a lot of guys were injured, tons of guys were just like, ‘I’ll do it, I’ll do it. I just killed myself in the mile, but sign me up, I’ll do it.’”

The Waves’ next track meet is the UCI Spring Break Invitational at Irvine on March 17 and 18. 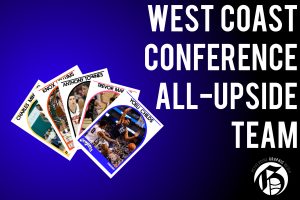 Images by Kyle Cajero Consider this a heat check. The last time The Graphic made a "WCC Basketball Players to Watch"...
Copyright 2013 Jupiter Premium Magazine Theme
Back to top