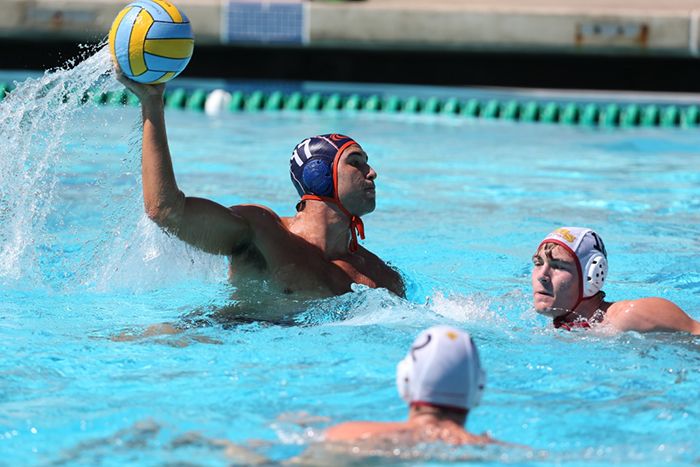 The No. 11-ranked men’s water polo team traveled north this weekend to Stockton, where they competed in the Kap7 NorCal Classic Tournament. Pepperdine took home two wins over the weekend, bringing them to a 4-4 record on the season.

The 49ers outscored Pepperdine 5-2 at the end of the first half. The Waves ignited some offensive pressure to begin the second half, but the 49ers held strong on defense and only allowed two goals in the third quarter.

“Before the Long Beach game, we had a well thought-out game plan in order to combat their strengths and expose their weaknesses. We executed the game plan throughout most of the game, but we were unable to capitalize on our opportunities offensively,” freshman center Chase Mendoza said.

Redshirt junior Luke Hewko and redshirt senior Jake Schrimp scored for the Waves. Long Beach iced the game with two goals at the end of the match.

Pepperdine answered back later in the day with a dominating performance over No. 14-ranked Santa Clara, taking a 12-10 victory over the Broncos.

It was an evenly matched game in the first half, the Waves led 8-6. But the Broncos could not withstand the pressure during the third quarter as Pepperdine outscored Santa Clara 4-1.

Schrimpf and Hewko both notched goals quickly to begin the second half, putting the Waves up 10-7. Late in the third, redshirt sophomore Brock Liebhardt gave Pepperdine another goal to improve the lead to four goals over the Broncos.

Santa Clara went on to rebound with four goals in the final period, cutting the score 11-10. With seconds left in the game, redshirt senior Thomas Patten tacked on the 12th and final goal for Pepperdine to seal the victory for the Waves.

Pepperdine battled in a sudden-death overtime against the Anteaters. It was a tight game all the way through, and knotted 8-8 by the end of regulation. Irvine came out strong in the first overtime, scoring two goals to extend their lead 10-8. At the two- minute mark, the Anteaters notched on another goal.

But the Waves kept on the pressure, tacking on three straight goals in the final minute of overtime. Redshirt freshman Charlie Olsen added a goal with only 1:48 to go in the overtime session, cutting the score 11-9.

Hewko fired home another goal for the Waves. Liebhardt scored the game-tying goal with only two seconds remaining on the clock, sending the game into a sudden-death overtime — next goal wins the game.

Despite such a strong effort by the Waves, the Anteaters went on to take the victory, scoring in the final minute of sudden death.

Despite Saturday’s early loss, the Waves ended the weekend on a high note by handily beating No. 19 Air Force 15-7.

Pepperdine fought against the Falcons, posting a 4-1 lead early in the first quarter. It didn’t take long for the Waves to gather momentum as they added five more goals to end the half up 9-3.

Hewko tallied four of Pepperdine’s nine first-half goals. The Waves came into the second half firing on all cylinders, outscoring the Falcons in each of the final two quarters.

“The weekend was a good learning experience for some of the freshman, including myself. We played well, but we just needed to capitalize on a few aspects of our game,” Rhodes said.

The Waves will open MPSF play as they take on the defending National Champions, the USC Trojans at home on Saturday at 1 p.m. 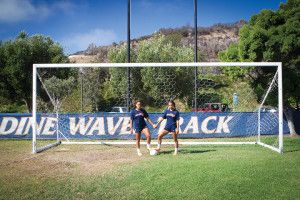