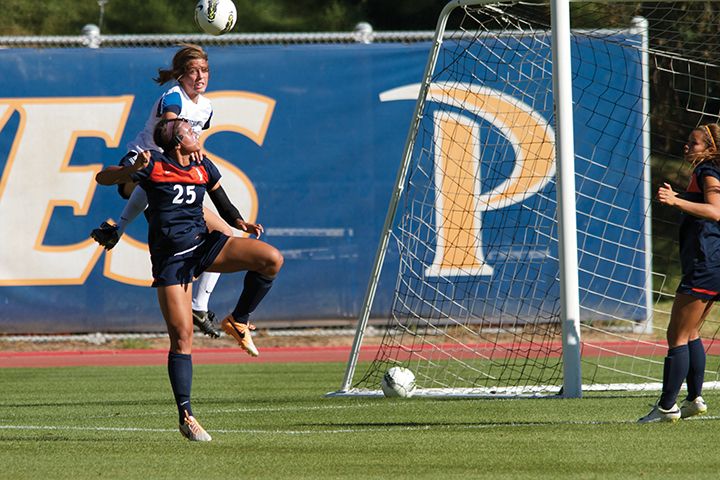 The women’s soccer team, ranked at No. 12, ended the regular season on a high note with a 3-2 win over No. 15-ranked BYU on Saturday.

Despite being outshot by the Cougars 29-5, the Waves were able to knock them out in three shots.

“It wasn’t an easy win. BYU is a really tough team to break down, but I think we did a great job capitalizing on our chances,” senior forward Ally Holtz said.

In the 19th minute, BYU found the net first, putting the Waves in a 1-0 hole. But the Waves would bounce back quickly, equalizing in the 32nd minute of play with a header from senior forward Amanda LeCave. Senior forward Lynn Williams crossed the ball on the assist to LeCave.

The Waves gained momentum, taking the lead in the 43rd minute when LeCave found sophomore midfielder Colby Carson, who knotted the second goal home. That put the Waves up 2-1 to end the first.

“It was a good test for our team before the NCAA’s [playoff tournament],” redshirt sophomore midfielder Rylee Baisden said. “Every team is a vicious opponent from here on out. I can honestly say we are all up for the challenge to win an NCAA championship. It won’t be easy, but nothing worth gaining is ever easy.” 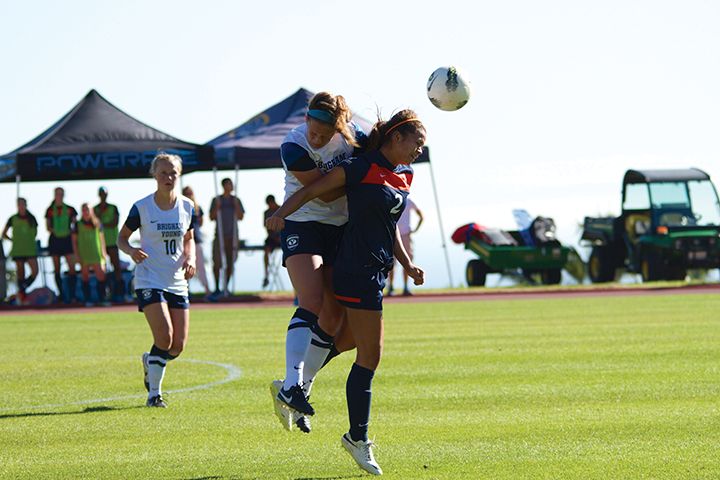 It didn’t take long for the Waves to notch the game winner.

Five minutes into the second half, Williams used her speed to find Baisden, who one-touched the cross into the back of the net.

“Getting the game-winning goal hasn’t really hit me yet,” Baisden said. “I loved bringing that home for our team and especially our seniors. Team 22 [they are the 22nd team in program history] is only together for one year and we are ready to leave our legacy.”

It was Senior Day for the Waves, who are graduating seven seniors this year.

The win capped off a dominant four-year West Coast Conference campaign for this senior class. This 2014 class is one of the winningest in program history, according to Head Coach Tim Ward.

“Knowing this could be one of my last games as a Wave definitely brings me disbelief,” Holtz said. “But our team focuses on the mindset that this isn’t the end, it’s only the beginning, and we have a lot of more games to win before my career here at Pepperdine comes to an end.”

The Waves look to continue their 2014 season Saturday at noon as they host crosstown rival USC in the first round of the NCAA Tournament. 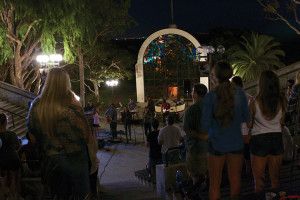 Photos by Marisa Padilla The Well, a popularly attended and coveted event of worship by students, has approached the possibility...
Copyright 2013 Jupiter Premium Magazine Theme
Back to top