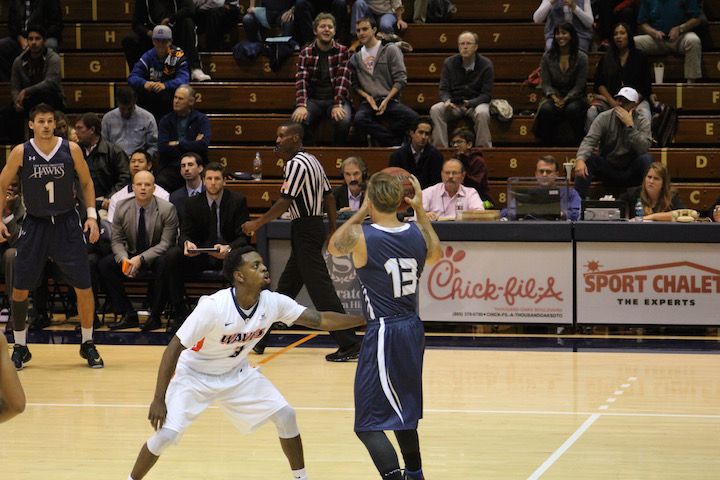 Waves’ basketball is officially back in season. The men’s basketball team fell just short, 69-66 on Nov. 13, in their season opener against Fresno State.

However, back in Malibu for their home opener on Monday against San Diego Christian, the Waves came out with a huge win, proving that their rough start was just a little Friday the 13th bad luck. The Waves rolled over the Hawks, 91-49.

Junior forward Lamond Murray Jr. scored a career high of 23 points, while senior forward Stacy Davis and freshman forward Kameron Edwards both put 14 points onto the scoreboard for the Waves.

Pepperdine completely dominated the entire night, as ball after ball was blocked by the Waves’ solid defense. Pepperdine’s lead was, at one point, a whopping 48 points, and the Waves never once trailed throughout the entire game. Pepperdine is looking as strong as ever after a game like this.

“I am looking to lead my team to the NCAA Tourney, which is something Pepperdine hasn’t been to in a little over a decade,” Davis said. “In order to rally my team, I am going to make sure that we go out and play our hardest every night like that is our last game.”

Their hard work certainly paid off on Monday evening, and they are hoping this will continue throughout the season.

“We typically practice for two and a half to three hours,” freshman guard Jamani Spencer said. “And in order to prepare for games, what we do is simple: We treat every rep and every drill like it’s a game. We believe that you practice how you play, and if you want success to occur, you need to be not only willing, but dedicated, to doing all of the little things to best prepare yourself and your teammates.”

The women’s basketball team, on the other hand, came off a rough start. First losing to Albany and Army, and then to UNLV on Nov. 17, the women’s team is looking for a win in the near future.

However, all of their games in the season so far have been away games, and the Waves crushed it on the court in their first two exhibition games while playing with home court advantage. Perhaps all they need is a little support from the fans at home to give them that extra boost.

It cannot be easy to have to start off the season with away games, so hopefully the tides will turn with their first home game coming up on Friday, Nov. 20.

Although the Waves fell 83-63 on the road against UNLV, senior forward Keitra Wallace was able to put up 14 points for the Waves, while freshman guard Kayla Blair scored 11. Sophomore center Devin Stanback also scored nine, and junior guard Allie Green threw up seven for the team.

The team continues to make improvements and play hard, moving forward in the season.

“Practices on average run about two to two and a half hours depending on when our next game is,” Green said. “We tend to hone in on the mistakes we made in the previous games to make sure we don’t have reccurring mistakes.”

The men’s team plays UCLA on Thursday, Nov. 19 and the women’s team will take on Cal State Fullerton on Friday, Nov. 20 at 7 p.m. at home. 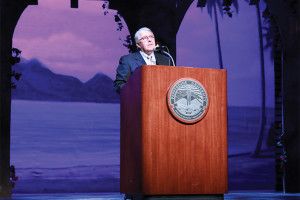 Photos by Danielle Romeo On the heels of a student-led protest regarding race and diversity on campus, President Andrew...
Copyright 2018 Pepperdine Graphic
Back to top