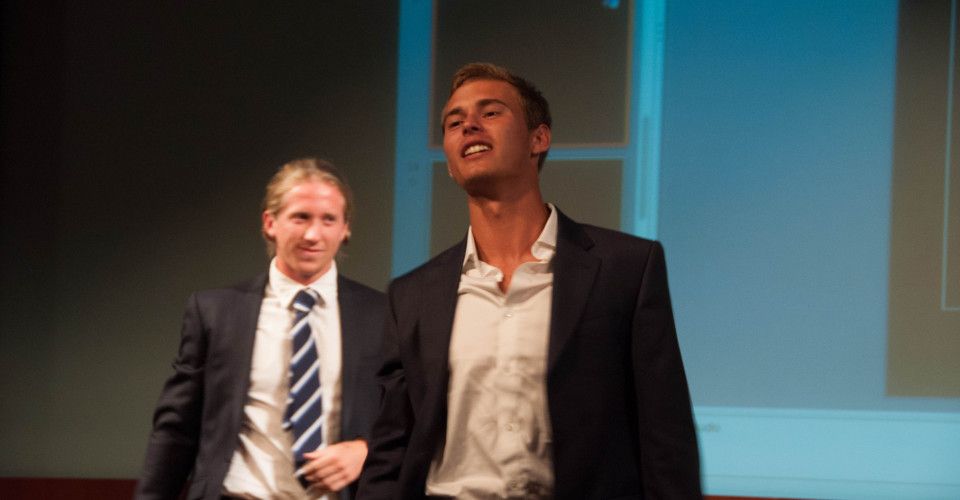 Wednesday, March 25 marked the beginning of a new Pepperdine Athletic tradition: The Bachelor and Bachelorette, Waves edition. Freshmen represented each athletic team in a pageant before a panel of judges comprised of strength and condition coaches. Nominated Waves represented his or her respective team in a pick-up line, question-and-answer and talent portion.

The competition crowned one female and one male athlete as the overall most suitable Bachelorette or Bachelor. This competition replaced the previous athlete competition “Mr. All-American,” which was a strictly male beauty pageant.

The event was open to all students, with $3 admission. The money raised went to the athletic council, SAAC for future events and planning. The event was emceed by baseball junior Evan Dunn and sophomore Chandler Blanchard. Dunn shared the highlights of hosting the event.

“It was a lot of fun, especially being up there hosting with one of my good friends, Chandler Blanchard” Dunn said. “Lisa Santroch [SAAC President] actually just came up to us one day and asked if we wanted to host because we are obviously a hoot. It was really cool when we hosted, because they didn’t give us a script or anything; it was really just an order of events for the competition, so we were able to just be ourselves and hopefully made people laugh.”

“Winning was pretty sweet,” Smith said. “Most of the team came to watch, too, and after we took pictures. It was super nerve racking but really fun.”

Celia Smith, along with junior teammate Taylor Racich, sang a mash up between Discloure’s “Latch” and “Apologize” by OneRepublic. The three men representing water polo performed a choreographed dance. According to host Dunn, the men’s volleyball skit, an ‘80s workout video, was the standout performance.

The competition concluded with an award ceremony in which the first and second place athletes earned flowers and a ring pop. 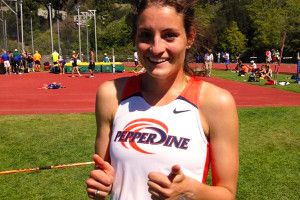 Photo by Stasia DemickMen and women’s track and field competed in the Cal Poly Invitational this past Saturday, where...
Copyright 2013 Jupiter Premium Magazine Theme
Back to top