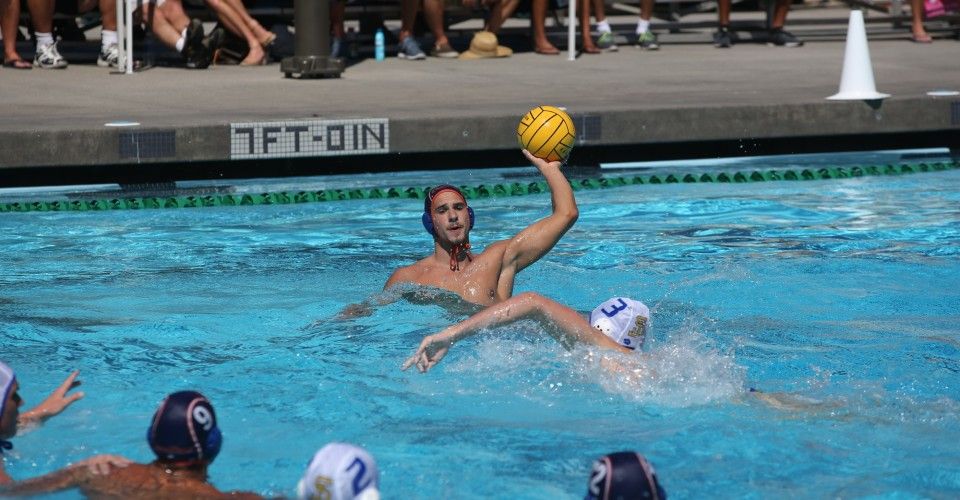 Pepperdine Men’s Water Polo started their season strong with two wins over Claremont-Mudd-Scripps and Redlands at the Triton Invitational on Sept. 3, putting them at a 2-0 record.

“Our team has a lot of potential and is capable of having an incredible season,” Keller said on the Waves strong start and hopes moving forward.

“We have had a really good start to the season,” Liebhardt said, “Our practices have been competitive and we are playing really well together. Our season only gets harder from here on. We get to play the defending NCAA champs this Friday (UCLA). I know I’m looking forward to playing the MPSF teams (UCLA, USC, CAL, and Stanford). I think we have a great group of guys on the team and its by far the best teams I’ve played for. We are all really motivated and looking forward to playing the best teams.”

In both games, 21 different players saw minutes, showing great depth in the opening day of their season. Eleven Waves contributed goals to the effort, as well.

“We’ve got a couple new freshmen that have really helped and added to the depth we have,” Head Coach Terry Schroeder said. “I’m excited about where we’re at and where we’re going and I really do believe we have a shot at being top four or five in the country this year.”

The Waves finished the 2015 season 11-16, marking their final season of competition in the MPSF (Mountain Pacific Sports Federation). They will now compete in the Golden Coast Conference, which has just added Men’s Water Polo for the 2016 season. They will compete against other former MPSF teams Long Beach State, Pacific, San Jose State, UC Irvine and UC Santa Barbara.

The Waves will open GCC play against Pacific on Oct. 2. The split of conferences gives the Waves, as well as other new GCC teams, exciting opportunities for the upcoming season.

“I think the split to the Golden Coast was something I wish happened a long time ago,” Schroeder said of the new conference alignment, “It puts us in a division with equal grouping schools and I think we’re gonna see a lot of one goal games through the year.”

The conference split leaves the MPSF with USC, UCLA, UC Berkeley, Stanford, and new member Penn State Behrend. The MPSF has traditionally been dominated by Pac-12 schools and the presence of the new Golden Coast Conference for Men’s water polo will allow other schools to compete for a spot in the NCAA tournament, rather than more than likely hoping for an at large bid. The last time a Pac-12 school did not win the Water Polo national championship was 1997, when Pepperdine won. The creation of another conference should also continue to grow the sport of Water Polo at the collegiate level and throughout the country.

Pepperdine’s 2016 roster has a strong mix of excellent returners and promising newcomers. Asic and Urban are both back for the Waves after being key goal contributors last season. Head Coach Terry Schroeder also highlighted Thomas, Liebhardt and Keller as vital players for the Waves success this season. Toth is expected to make an impact in his opening season, as well.

With more experience under their belt, the Waves will face the same two competitors in their next competition. Pepperdine takes on both Redlands and CMS again Sept. 11 at the Inland Empire Classic. They will play Chapman and La Verne the day before, as well. They face reigning national champion UCLA on Sept. 16 and Loyola Marymount on Sept. 17. These first two tournaments should provide valuable playing experience for newcomers, and sharpen the team in early season against tough competition.

“There’s a lot of positive things going on. We’re definitely going in a good direction” Schroeder said of the seasons trajectory from here on out.

The Waves first home game of the 2016 season is on Oct. 2nd at noon against University of the Pacific. Come on down to Raleigh Runnels Memorial Pool to support the Waves as they open conference play. 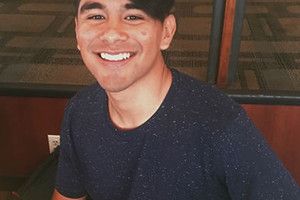 Photo by Hannah Almsted Editor's Note: This is the first installment of the Humans of the Caf series, modeled after the popular...
Copyright 2013 Jupiter Premium Magazine Theme
Back to top