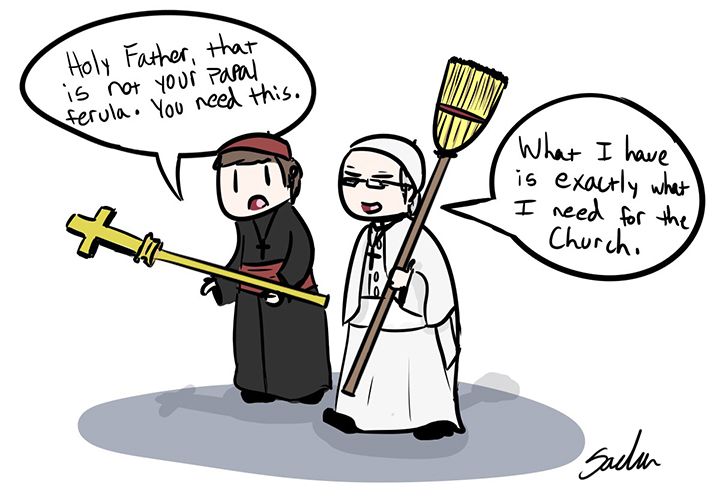 It’s happening — Roman Catholic Pope Francis has announced that he will be coming on his first papal visit to the United States in September, as confirmed by Jim Yardley and Dan Bilefsky in their New York Times article, “Pope Francis Confirms U.S. Visit for Next Year,” written Nov. 17. Pope Francis will be attending the eighth World Meeting of Families in Philadelphia, a meeting to give families the chance to talk about the challenges and blessings they have and their important role in society.

Even though many have a tainted view the Catholic Church, I want to invite everyone to be updated on Pope Francis’ words at this conference as he has shown the world that he represents the complete opposite of the Catholic Church’s power-hungry and corrupt past.

If anything, Pope Francis is one of the most admired popes the Catholic Church has had, and he is currently making history through his numerous positive reforms. As CNN wrote in their article, “The ‘Cold Calling’ Pope” on Apr. 24, 2014, he has acquired the nickname of the “cold-calling Pope for his practice of picking up the phone and calling everyday folks.”

People around our globe are constantly shocked by the things Pope Francis has done since his papal inauguration on March 19, 2013. He is the “Pope of the Poor” as he promotes humility in everything he does. This includes daily things such as doing his own laundry, running his own errands and driving a humble Ford Focus instead of an expensive Mercedes Benz.

The New York Times confirmed in their article, “Pope Francis’ Harley-Davidson Sells for $327,000 at Paris Auction,” written Feb. 7, 2014, that he even auctioned his motorbike to a private buyer for $327,000 and his motorcycle jacket for $77,485 to benefit a soup kitchen and hostel at the Termini train station in Rome. He even leaves the Vatican at night to reach out to the homeless and most importantly, he is constantly asking members of the church to be more involved and hands-on with the poor and sick.

As an example, Gerard O’Connell recounted on Aug. 6, 2013 in his article, “Pope tells new Almoner: ‘Do this work with a lot of imagination’,” how Pope Francis appointed the Polish priest Monsignor Konrad Krajewski to be his new almoner, or the person who gives charity and alms to the poor in his name, because of his passion for giving leftover food from the Vatican dining halls to the poor. Krajewski and the Pope share the same ideology in that they believe, like Mother Teresa, that “he who touches the needy touches Christ.”

He has also promoted greater change on larger issues that the church has always faced. For example, Pope Francis uses his ideology of love and understanding when it comes to homosexuality. His own words toward the issue are documented and Pope Francis says he won’t “judge” gay priests on July 29, 2013, “If someone is gay and he searches for the Lord and has good will, who am I to judge them? They shouldn’t be marginalized …They are our brothers.” This is a large step for the Church as usually homosexuals are viewed in a negative and accusatory light.

Another loving stance Pope Francis has taken regards atheists. Unlike the previous Catholic stance that atheists cannot be saved, Pope Francis makes it clear that Jesus died for us all, Christians and atheists alike. His words have drastically impacted the hearts of many, as recorded in the article “Francis says atheists can do good and go to heaven too!” in May 30, 2013, “‘The Lord has redeemed all of us, all of us, with the Blood of Christ: all of us, not just Catholics. Everyone! ‘Father, the atheists?’ Even the atheists. Everyone!” This startled the world, as Pope Francis includes everyone in our salvation through Jesus and calls us all to do good together.

Pope Francis is different in all the right ways. Through his great love, peace and humility, he is positively transforming the Roman Catholic Church and touching millions of people worldwide. It is for these reasons, and the many more that weren’t mentioned here, that I invite anyone and everyone to stay updated on Pope Francis’ next visit to the United States. Let’s all be a part of history and hear what this progressive pope has to say about the main problems American families are facing today, which is an important aspect that could greatly benefit our entire society as a whole. 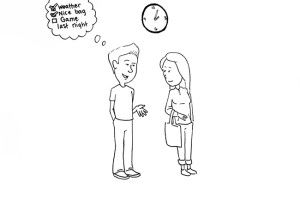 Art by Peau Porotesano We’ve all been through it: You’re walking to class, and you pass someone you know. They say hi, so you’re...
Copyright 2013 Jupiter Premium Magazine Theme
Back to top