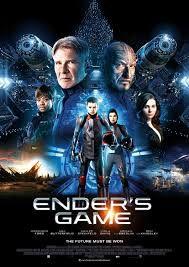 After decades of anticipation, “Ender’s Game” finally became a motion picture directed by Gavin Hood. The classic sci-fi novel by Orson Scott Card was first published in 1985. Ever since, fans of the futuristic novel have demanded a movie to bring characters like Ender, Petra and Colonel Graff to life. High school teachers assign “Ender’s Game” to introduce students to a different world, a society filled with genius children who are ultimately artillery for the government.

The disturbing images of violence and the resilient youth that make “Ender’s Game” unforgettable to high school students are lost in the movie. Gavin Hood’s interpretation of Card’s world is lacking.

While the film basically follows the same story line, the effect isn’t the same. The disruption of society and the utter disgust felt by readers is lost because everything is too innovative. The technology speaks to our iPad generation and touch screen-obsessed youth. Through the eyes of a 12 year-old boy playing a game or what he thought was a game, the dynamic was changed.

Also, by the rating of PG-13, Hood limited how far he could push the limits. I think the movie was tailored too much to a younger audience instead of being true to the literature. In the theater where I viewed the film, parents with their 10 to 12 year olds ate their popcorn and passed the Raisinets. I initially thought the movie would be rated R, for all that stood out in my mind was violence and manipulation of children.

Nonetheless, the CGI effects of the movie are spectacular. They maintained the futuristic feel of the novel, however, the technology in the film was too similar to our own modern day technology. Unless Card accurately guessed the technology that would be available in 2013, I think that it was too realistic in the sense that in a few years, those products featured in the movie could be found in Best Buy or at least in some techy magazine.

While I enjoyed the movie, I wasn’t disturbed enough. You’re probably thinking a sci-fi movie shouldn’t disturb you, but I would say you are wrong. The reason why “The Twilight Zone,” “Star Trek” and “Star Wars” were so spectacular was because of the presence of technology and creatures that no one had ever seen before. I think the director should have taken more creative freedom with the ant-like enemies and the battle simulators. There is a lack of imagination, which is one of the most important things in sci-fi movies.

Card’s novel is a social commentary on how the government can be manipulative. The grotesque imagery of young boys fighting each other to death and the lack of privacy and manipulation by the government show the shift of focus from individual to the population.

Though this story was written 28 years ago, the same message is relevant to our generation. With our technological advances, we have exposed ourselves to the world around us, including our own government. I think Hood should have used this constant worry in Americans to his advantage. He could have produced a movie that had the potential to define a generation, but instead he made a cool sci-fi movie with a messed up government.

Just like our government has checks and balances, the people should be aware of what the government is doing. Ender didn’t question his government till it was too late. His delayed reaction led to the destruction of an entire race. So now I question Gavin Hood. I question his interpretation of the American classic that roams the halls of high schools. Was it the best? No. Could it be better? Yes. Will it do for now? Sure.