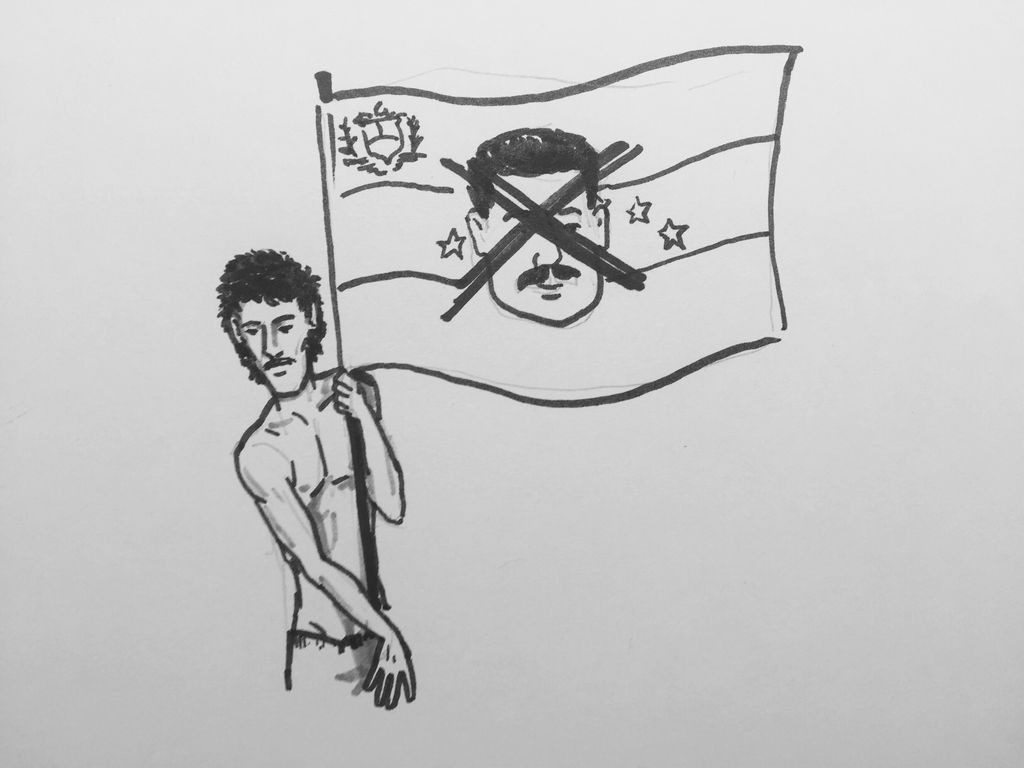 The current political situation in the United States is extraordinarily consuming, but it’s time to bring more attention toward global political issues: in this case, Venezuela.

Venezuela is living in crisis. Their economy has largely been reliant on oil; in fact, “oil accounts for about 95 percent of Venezuela’s export revenues and was used to finance some of the government’s generous social programs,” according to the article “Venezuela crisis: What is behind the turmoil?,” published Oct. 26 by the BBC. However, the price of oil has rapidly dropped in the last few years, and the government can no longer fund these programs.

Under former president Hugo Chavez, essential food items, such as rice, flour or chicken, were price-controlled and allowed Venezuela’s poorer citizens to survive. However, when the cost of producing these items exceeded the sale price, domestic farmers were unable to make a profit, and the Venezuelan government relied on imports. Importing food became nearly impossible because of the decline in oil profits, and shelves at the grocery store began to empty.

“’The Venezuelan government is doing a good job of leading itself into chaos,” Director of the Latin America Economic Growth Initiative Jason Marczak said in Rick Gladstone’s article, “How Venezuela Fell Into Crisis, and What Could Happen Next,” published May 27 by The New York Times.

Recently, in response to the food shortage, the Venezuelan government has allowed some stores to sell food at market price, but heavily increased the price of food, “sometimes as much as 20 times the regulated price,” according to Anthony Kurmanave’s article, “Venezuela Backs Away From Price Controls as Citizens Go Hungry,” published Oct. 14 by the Wall Street Journal.

The Venezuelans are frustrated with their government for this potentially life-threatening situation. A lot of the blame has been placed on Venezuela’s President Nicolas Maduro, who was elected after Chavez’s death in 2013.

They had plans to complete the next step, but “Federal courts ruled Thursday [Oct. 21] that multiple cases of voter identity fraud occurred over the summer as the first round of signatures was being gathered to request the referendum,” according to Ralph Ellis and Julia Jones’ article, “Venezuela halts effort to recall president,” published Oct. 21 by CNN.

This is a huge threat to the Venezuelan government. The courts that stopped the referendum are filled with Maduro’s supporters and this move is one that could keep Maduro in power for at least two more years.

“‘Yesterday in Venezuela there was a coup d’etat. There is no other way to call it,'” opposition leader Henrique Capriles said, according to Ellis and Jones’ article.

Any further action against Maduro is likely to be rejected by the courts despite the fact that “an overwhelming majority of Venezuelans would vote to remove him,” according to Ana Vanessa Herrero and Elisabeth Malkin’s article,”Venezuelan Lawmakers Vote to Put President Nicolas Maduro on Trial,” published Oct. 25 by The New York Times. The increasing tension is marked by nearly constant protests by Venezuelan citizens, but the opposition fears they may not be able to make any major legal changes in the short term.

This level of complete disregard for the will of the people makes Maduro look more like a dictator than a president. While a change in president is unlikely to solve all of Venezuela’s problems, the people want a government that protects them, not works against them. Maduro has been largely ineffective during this crisis and the constant strikes and riots demand that something must be done to ease this political turmoil.

I must urge us not to be consumed solely U.S. politics. “The most important thing we can do is raise awareness. Let the whole world know because if everyone knows then maybe we can make a difference,” native Venezuelan Alejandro Toro said in the video “What Is Going On In Venezuela?,” published Aug. 4 by Pero Like.

Our understanding of global issues matters because just paying attention can make a difference. Don’t allow huge political injustice beyond our borders to go unnoticed.