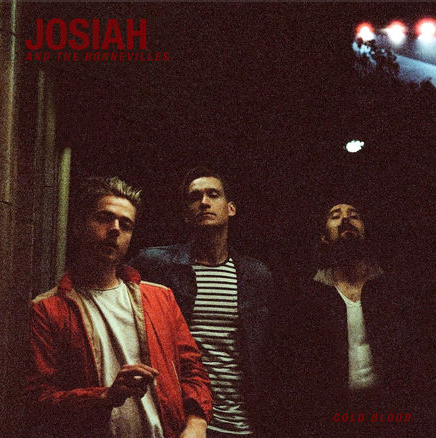 In their latest piece of work, the “Cold Blood – EP,” Josiah and the Bonnevilles are continuing to share their experiences of life and love with their audience through their abilities to blend indie, alternative and acoustic all into one specific sound. Josiah and the Bonnevilles are in the process of wrapping up their tour, and Josiah Leming explained his musical journey and the past few months of living life on the road.

Leming, 27, got his first start in music back in Tennessee at 14. Coming from a large family of four brothers and four sisters, he isn’t the only one who has decided to pick up an instrument and pursue music. He’s the only one of his immediate family to pursue it full-time, and now he’s finally seeing it come to fruition this year — with shows all over the U.S. and Canada, and the band’s EP that was released back in April — after dreaming of this lifestyle since the age of 12. Although he may not remember his first gig, he remembers traveling to Nashville to perform and has been chasing the feeling ever since.

“I always remember getting a little rush from it and digging it,” Leming said.

He said these small little bursts of adrenaline have helped him continue to grow and mature, slowly pushing him toward cultivating his craft. He did so on his own until Josiah and the Bonnevilles was officially born in fall of 2014 after the addition of the two other band members, Josh and Steven.

Since their creation, they’ve continued to work toward making their music an expression of their life experiences.

The tracks from the “Cold Blood – EP” are the songs Josiah and the Bonnevilles have been performing at various cities throughout the country. The EP is to serve as a preview to their first album, expected in the early months of 2017. Leming spoke specifically of the subject matter of the EP.

“The content’s kind of dark,” he said. “All the songs came from the same period of time when I lived in Vegas alone. I was kind of withdrawn; I had gone through a breakup.”

He went on to share some of the most beneficial things he’s learned on this artistic journey.

“Speaking artistically, you have to do what you want to do,” Leming said. “I go on stage, and alright, could I tweak songs to make them catchier, or more pop-ier, maybe reach more people or get on the radio? Yeah, I could. But there’s no guarantee, and then I’m stuck out on the road, just doing things I don’t want to. So the things I’ve learned — it’s gotta be my way. And if it doesn’t work, at least I can go to sleep with myself. I can go out on the road and do it because its my way.”

Authenticity, above all else, is mandatory according to Leming.

“And if it fails, I’ll accept that fail,” Leming said. “But if it fails and [the music is] not you, then who are you? What have you done? You have to just do it your way, or you just give up your right to getting any sincerity or respect at all. If you compromise, it just doesn’t work. No compromising.”

This is the wisdom he said Josiah and the Bonnivilles have stuck by thus far, and the outcome of their decision has been a string of successful shows all over the country, a bangin’ EP, and a full album on the way.

The full album for Josiah and the Bonnevilles is set to arrive in early 2017. Until its release, stream their latest EP and keep up with their upcoming shows. 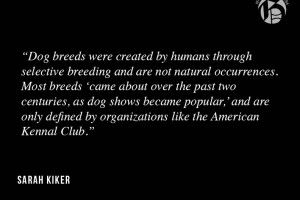 Graphic by Nate Barton Dogs come in so many adorable colors and sizes, but the existence of the specific breeds are actually...
Copyright 2013 Jupiter Premium Magazine Theme
Back to top