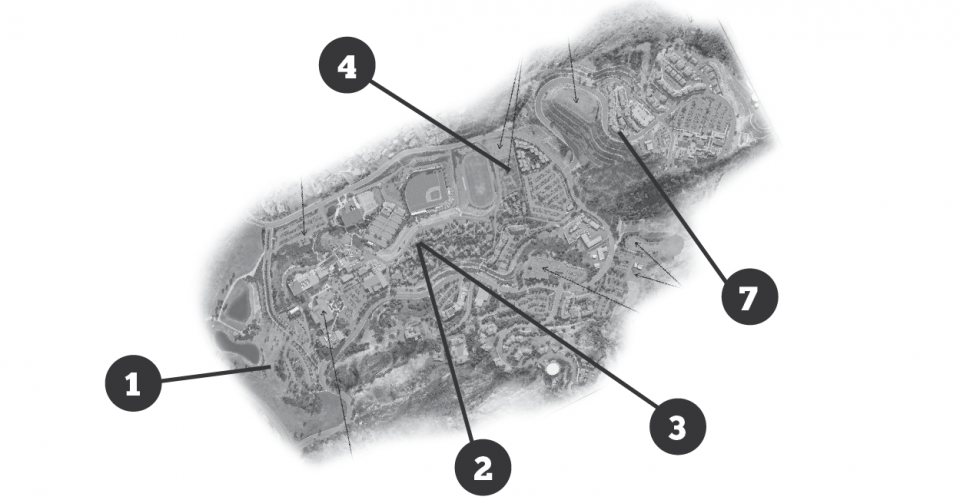 The University has responded to the increased reports of sexual misconduct on campus, connecting the increase to the national conversation around the #MeToo movement and education efforts on campus.

During the spring semester, there have been seven reported sexual misconduct incidents, including “forcible rape, including date rape and sexual battery” and “sexual battery.” The earliest instance was reported to have taken place Oct. 1, 2018 and the most recent allegedly occurred March 14. They were reported between Jan. 16 and March 14 and occurred on both the Malibu and Lausanne campuses.

Title IX may “protec[t] students from sexual harassment in educational programs or activities operated by recipients of federal funding,” but it does not dictate how universities should deal with sexual misconduct, according to the Department of Justice.

Rape is defined as “the penetration, no matter how slight, of the vagina or anus, with any body part or object, or oral penetration by a sex organ of another person, without the consent of the victim … includ[ing] the rape of both males and females,” according to the Clery Act.

The Clery Act defines fondling as “the touching of the private body parts of another person for the purpose of sexual gratification, without the consent of the victim, including instances where the victim is incapable of giving consent because of his/her age or because of his/her temporary or permanent mental incapacity.”

Sexual battery is “unwanted touching … [which] can be over the clothing, direct skin-to-skin contact, [or] groping,” Coleman said.

The seven reported incidents marks an increase from past years. In 2017, there were four cases of fondling reported on the Malibu Campus but no reported incidents of rape on any of the university’s many campuses, according to Pepperdine’s Annual Campus Safety and Fire Safety Report.

La Shonda Coleman, associate dean for Student Affairs and Title IX coordinator, said this increased number of reports could be related to the expansion of education and accessibility to information related to sexual misconduct reporting.

“We have increased presentations in classrooms or among faculty and staff so that they are prepared to understand when a student has disclosed information that may trigger this need for report,” Coleman said.

This outreach ensures that members of the community can educate students on their options and rights, should an incident of sexual misconduct take place, Coleman said.

Through events like the 2017 Take Back the Night, Coleman said the university has worked to make students more familiar with the process of reporting sexual misconduct.

“With increased awareness about these issues, it becomes safer or seemingly safer for students to engage the resources,” Coleman said. “What I mean by safer is that students may not have understood what will it mean if [they] speak with the Title IX coordinator.”

Coleman said this allows students to be aware of the control they have over the process.

“‘Does that mean that I lose agency in the process?’ – it actually doesn’t,” Coleman said. “It ensures that the student is aware of all of their rights and options and that we can move forward in a way that’s meaningful to them.”

Increased education on Pepperdine’s sexual misconduct policy can also lead to more immediate reporting of incidents, allowing the university to notify the community if the incident poses a larger risk, Coleman said. Instances such as this can result in a Timely Warning notification, such as the one Public Relations emailed to community members March 14, informing them of a recent case of unwanted touching involving Jonathan Pope, an individual not associated with Pepperdine. 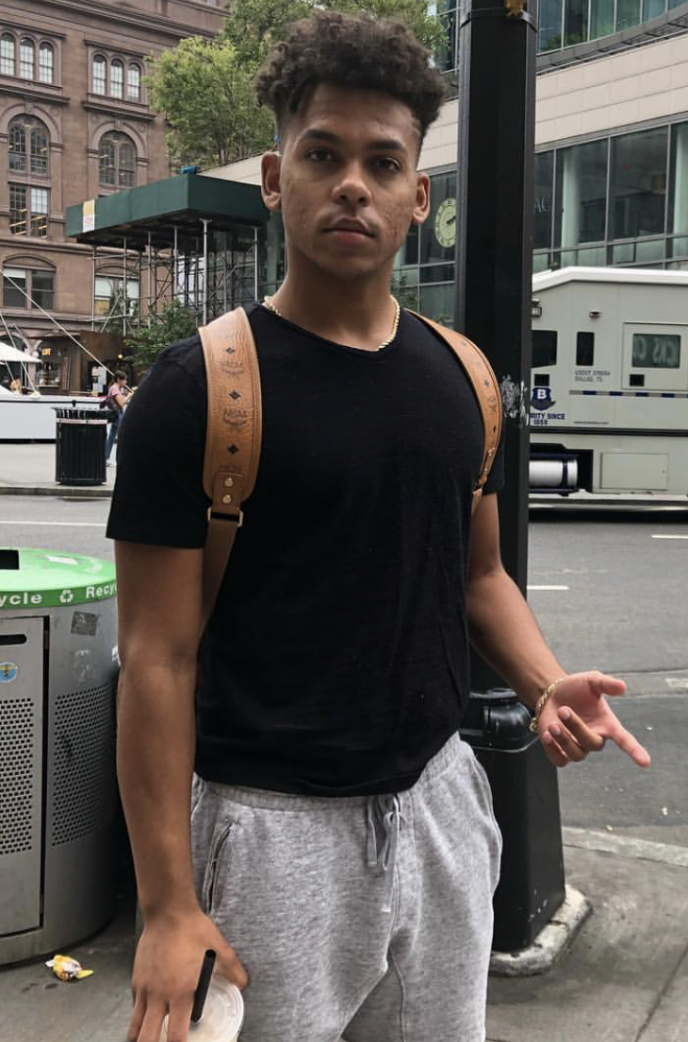 “It also ensures that the university can take immediate action to address any concern related to their personal safety and community safety,” Coleman said.

“There’s something about a peer sharing with the peer what these issues are, why they’re relevant, why they should get involved and take responsibility to help create safety and to respond … if their peer discloses that they’ve experienced a sexual trauma,” Coleman said.

Other groups on campus that provide this education is the Healthy Communities aspect of the Student Health Advisory Board (SWAB), Coleman said.

“Significant peer-to-peer education, I feel that that may give permission and more encouragement for students to come forward when they have that social permission they can identify with their peers,” Coleman said.

Another factor that might play into the increase in reports is the #MeToo movement, a growing trend where targets of sexual harassment or sexual assault have publicized their experiences.

The social media movement began in 2006 but was reignited with a tweet by actress Alyssa Milano, encouraging others to reply with the words “Me too” if they had also undergone sexual harassment or assault. Now, other individuals, such as actresses America Ferrara and Gina Rodriguez, have disclosed their personal experiences with sexual harassment and sexual assault, adding to the conversation.

“Culturally, we know that there has been a shift in attitudes and understandings around sexual harassment, sexual assault,” Coleman said.

While the university does not have statistics regarding the movement’s impact, Coleman said she has witnessed students reference it and ask about it.

“I just feel that we’re at a time and place just in our culture where there is a sense of empowerment, where there is a face to go with the statistic and folks are saying, ‘It’s happened to me too,’” Coleman said. “Maybe that’s impacted, historically, a stigma that was attached to identifying as someone who’s experienced a sexual trauma, who’s been victimized or someone who’s coming forward with allegations.”

Individuals bringing forward allegations of sexual misconduct, complainants, have several options in how the situation is managed, Coleman said.

The first course of action they can take is filing a formal complaint, which DPS then investigates before the case is brought before the Office of Community Standards and Sharon Beard, associate dean of Student Affairs for Community Standards, Coleman said. The investigation involves both the complainant and the respondent – the individual accused of misconduct – as well as any information from witnesses or documents, according to the policy.

“It would be determined if there is a probable violation of our sexual misconduct policy,” Coleman said. “If so, Dean Beard would identify which charges would be brought forward in the matter and both students [complainant and respondent] will be notified.”

Another action complainants can take is filing a police report, which involves the police department localized to where the event took place, Coleman explained.

A complainant’s third option is civil litigation, Coleman said. The complainant has the power to choose which of the three options he or she employs. Students do not have to proceed further with the report if they do not want to.

In the midst of these procedures, Coleman said the university can also provide complainants and respondents with interim support. Some examples of this includes setting up counseling services on or off campus, relocating on-campus housing or giving academic support.

“It really is case by case and unique in our response – really understanding what does the student need and [responding] to that,” Coleman said. “Through our communication with the students, we will understand what they need. Sometimes students may decide that they are not desirous of any support at a given time and that may change over the course of their time here at Pepperdine or if they’re going through the community standards process.”

Occasionally, students may choose to pursue a no-contact directive, a sanction that prohibits communication between complainant and respondent, Coleman said.

Timely Warnings, like the one issued March 14, are mandated as a part of Pepperdine’s compliance to the Clery Act, a law requiring transparency regarding campus crime, Coleman said. March 14 was not the first time one has been distributed.

“[Clery Act] requires colleges and universities to notify students, employees [and] the community whenever there is a threat of a serious crime, if it’s ongoing or if it could be possibly repeated,” Coleman said. “It helps us to do what we can as community members to protect ourselves.”

These notifications ensure the community is vigilant against any possible threats, Coleman explained.

“The amount of information that is shared is based on what we need as a community to be informed in a way that we are able to protect ourselves and to look out for one another and protect one another,” Coleman said. “So it has been issued before and it will be issued in the future if needed.”

Coleman wrote in an email that another important factor in delivering Timely Warnings is the time that the report is made and if the respondent cannot be located.

“In the most recent Timely Warning, this is particularly relevant because the individual was not affiliated with Pepperdine and his whereabouts were unknown at the time of the release of the Timely Warning,” Coleman wrote.

Coleman said there are three ways that sexual misconduct incidents are examined within the university.

The first manner is an administrative hearing, which involves Beard, the complainant and the respondent, Coleman said. This process is typically used with cases such as verbal sexual harassment.

Allegations such as rape are processed through a different process, a student disciplinary committee hearing, Coleman said. Beard oversees these hearings, but the decision involves a larger group of people than an administrative hearing.

“We have a panel of full-time faculty and staff that have gone through extensive training in order to have capacity to adjudicate these cases,” Coleman said. “There is a panel that would hear from both the respondent, the complainant and any witnesses that are involved in the matter, and they would deliberate and make a determination about the case based on a preponderance of evidence.”

Coleman emphasized that in these situations, Beard is not the only decision-maker.

The severity of the charge helps determine which type of hearing a case goes through, Coleman said.

“If, after reviewing a sexual misconduct report and related investigative materials, the associate dean believes that there is a probable violation of the Sexual Misconduct Policy and the resulting sanction could result in a suspension or dismissal from the University, the matter will be submitted for hearing by the Student Disciplinary Committee,” the sexual misconduct policy states.

The third process is an alternative resolution, which entails a process similar to mediation between the parties involved, Coleman said. It is not a process used with allegations involving rape.

The Graphic asked if any of these seven sexual misconduct reports were related, but the university did not comment. 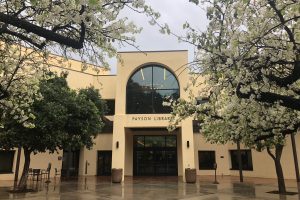