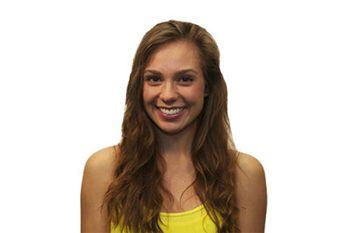 Who are you virtually … Single, In A Relationship or It’s Complicated? This is more complicated than it seems.

Recent studies reveal that Facebook exposes much more about who you are and who other people view you to be than simply connecting through a profile picture, similar friends and a relationship status.

Today, one of the initial things that our generation does after a first interaction between a new friend and possible love interest is check out the new friend via social media.

Whether showing a new friend to an old friend from home, stalking new Greek life members on Facebook or constantly checking your celebrity crush on Twitter, every online profile has a personality — a personality that we all build outside of who we are in reality. Choose wisely.

Instagram, which many now prefer to Facebook, provides a perfect example of how real life differs from virtual life. An article from “Relevant Magazine” in April states that we are to “show the fabulous meal but not the mess to clean up afterward. To display the smiling couple-shot but not the fight you had three days ago. To offer up the sparkly milestones but not the spiraling meltdowns.”

This may seem obvious to some social media users, but what we don’t recognize is that this may create a skewed bigger picture.

At some point, everyone has unfriended or unfollowed a “friend” on social media. Why do we do this? Do some friends become annoying because their lives seem too perfect? Isn’t the point of an online site to portray yourself and your friends in the most exciting way possible?

The Huffington Post recently informed readers otherwise. “Negative comments are much more memorable and much more noticed,” said Stanford University Professor of Communication Clifford Nass in an interview. “In a world where you’re trying to get noticed, going negative is the way to go.”

This leads into a shocking finding from the Journal of Human Communication Research by Joseph B. Walther titled, “The Role of Friends’ Appearance and Behavior on Evaluations of Individuals on Facebook: Are We Known by the Company We Keep?”

Students have been studying this article in Communication Research class, and it has made an impact on how I view online personalities.

The article acknowledges that building a viral personality is now a fundamental aspect of society. If you don’t have a Facebook, can you keep up with social life? Do you even “really” exist? Woah.

The article explains that Facebook can express who you are in the most powerful way because it is the social media site that most widely includes others’ opinions of you. Friends can post on your wall, comment about you on your page and even share photos of you on other friends’ profiles.

The sometimes unconscious effects of this are startling.

Have you ever met someone and thought to yourself, “They looked better on Facebook”? It’s more common than you think.

Positive posts shared by other users on a female’s wall can also make her seem instantly more attractive, so be kind to your girlfriends online. For males, however, this was not the case.

The study goes on to suggest a sexual double standard when making social judgments. Male users who are shown to engage in scandalous behavior via posts and pictures are viewed by females as more admirable. But when females are viewed as scandalous or wild over Facebook, they are noted as less desirable by men. Negative posts and pictures easily create stereotypes over the web.

Viral impressions on all social media hold strong value. We live in a world where first impressions aren’t necessarily face-to-face anymore. Your “nice to meet you” introduction is constantly being judged through your created social media site.

This is a good reminder for us all to place importance on what we share and what we comment online.