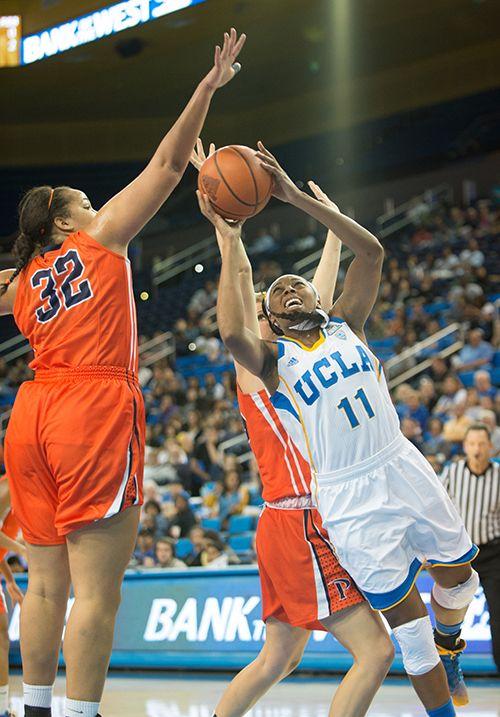 The history of Pepperdine has been marked with waves of success, from George Pepperdine’s success at business to the Waves’ success on and off the courts. While the team’s mascot and name identify with the ocean perhaps a better metaphor might be the peaks and valleys of the rolling landscape that surrounds the Malibu campus.

Last season the women’s basketball team was evidently going through a valley rather than a peak, but has emerged from the ravine aiming for the precarious precipice of victory.

With Head Coach Ryan Weisenberg at the helm it’s a different team from the one that finished 5-23 last season, with real hopes of making a difference on the courts this season. The Waves came crashing onto the courts with their non-conference season opener against Seattle on Wednesday, Nov. 6, proving themselves a force to be reckoned with.

“[Coming off a record like last year,] no one has really given us a chance to do well this season… but we’ve taken that as motivation and they [the team] knows that what we’re doing is going to put them in a position be successful on and off the courts and that’s a formula for success,” Weisenberg said.

The Waves competed well against the Redhawks in the first half and were up by three at the break but really showed their potential with a 20-8 run in the second-half that gave the Redhawks no chance at redemption. The team proved to be much more competitive this year on the offense with five players in the double digits and shooting 60 percent from the floor.

The 84 point game was higher than any offensive output all last season.

Their defensive prowess was no meager effort as they grabbed 46 rebounds.

“The biggest key was winning the first one and being confident … I thought we played really well and the first game was a confidence builder against a team ranked really high,” Weisenberg said.

With pre-season predictions ranking Pepperdine last in the WCC, the young team has plenty to prove after the dismal ending of last season. But the bleak prediction, rather than disheartening the team, only seems to have galled them a firm determination to prove themselves on the court, as demonstrated against Seattle.

Despite the second loss, the Waves exemplified that same determination versus UCLA on Monday.

“To walk into Pauley Pavilion and make them work for a win … we’re disappointed we lost but the effort was very good so we’re excited about that,” Weisenberg said.

The Waves came as close as two points away late in the game, but the Bruins proved too experienced a team to be rattled by the force of the Waves. The Waves ultimately lost at the free throw line and the game ended 82-78.

The Waves next face UC Irvine on Thursday.

Weisenberg is confident that if the team performs the way they are capable offensively and control the boards defensively the team will be in a good position to bring their record to 2-1.

“I’ve never said wins and losses, but I can guarantee that we will compete every game … there will never be a time when you come and leave where you can say ‘they quit,’ that’s never going to happen with this team,” Weisenberg said.