Two Cars Flip Over in One Day 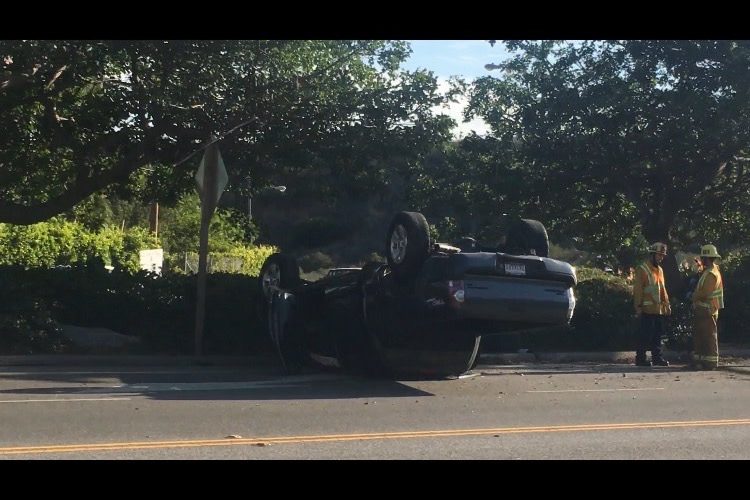 Two car crashes occurred near the intersection of Malibu Canyon Road and Civic Center Way outside the main entrance of Pepperdine on Thursday afternoon. In each crash, a car flipped over. The second accident involved Pepperdine student Chris Zhao, who has not responded for comment.

Officer Joseph Telles of the Lost Hills Sheriff’s Department said the second accident was the “second roll-over” in a day.

Dispatcher at the Malibu Towing Company Leah Rice said she got the call for the first accident at 2:07 p.m. Not long after, she and her driver were dispatched again.

“After my driver dropped off the car from the first crash at the yard, we were dispatched again at 3 p.m.,” Rice said.

The second crash involved a pick-up truck and a 4-door sedan.

The owner of the pick-up truck that flipped over was Andrew Ferguson, a construction worker with an office in Malibu.

Ferguson said he was “heading home up the hill” when the crash happened.

“It was a rough ride for a minute there,” Ferguson said.

According to Ferguson, he was in the merging lane heading into Malibu Canyon as the other driver tried to pass him. Ferguson said he swerved to try to get in front and flipped over as a result.

Sgt. Lopez of the Department of Public Safety said he could not give a statement about the crash involving Zhao before confirming with the Pepperdine Public Information Office.

This is a developing story. We will provide updates as they become available. 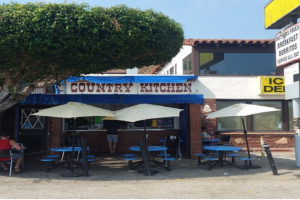 Graphic by Julianna Lauro The Country Kitchen, which has operated in the same location along PCH in Malibu since the 1950s,...
Copyright 2013 Jupiter Premium Magazine Theme
Back to top