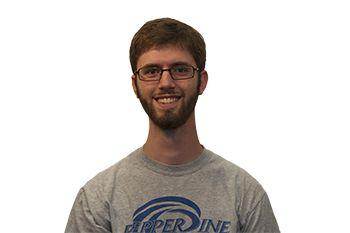 Iran’s new president may be charting a new course

Amid the political posturing and rattling of sabers, which threatened to boil over in the Middle East over news of alleged sarin gas attacks in Syria, a surprising series of tweets from Iran overcame the latent hostility. As President Barack Obama called for military action against the Bashar al-Assad regime, media outlets including CBS, MSNBC, The Washington Post and Al Jazeera picked up the story from Iran over the weekend.

The tweets came from two Twitter accounts, allegedly belonging to the new Iranian President Hassan Rouhani (@HassanRouhani) and Foreign Minister Javad Zarif (@JZarif). In a stunning turnaround from former President Mahmoud Ahmadinejad, who has denied the Holocaust and called for Israel to be “wiped off the map,” both accounts tweeted wishes of a happy Rosh Hashanah, which is the Jewish New Year that began Sept. 4. The account attributed to Rouhani tweeted, “As the sun is about to set here in #Tehran I wish all Jews, especially Iranian Jews, a blessed Rosh Hashanah,” while the account attributed to Zarif simply tweeted, “Happy Rosh Hashanah” for the occasion.

Experts who have studied Iran since the 1979 Islamic Revolution are left scratching their heads as they attempt to reconcile this new wave of public diplomacy with the often inflammatory rhetoric of the Islamic Republic. This is compounded by an exchange between Zarif’s account and Christine Pelosi (@sfpelosi), documentary filmmaker and daughter of House Minority Leader Nancy Pelosi, in which she responded to his original tweet that “The New Year would be even sweeter if you would end Iran’s Holocaust denial, sir,” to which Zarif replied that “Iran never denied it. The man who was perceived to be denying it is now gone. Happy New Year.”

Further muddying the waters, the Iranian Fars News Agency reported that Mohammad Reza Sadeq — a presidential adviser — has denied that the tweets from President Rouhani were official. He emphasized that the presidential office was the only official source of news regarding the president and claimed that President Rouhani did not have a Twitter account. Robin Wright, a U.S. journalist and policy analyst, claimed in an interview with NPR that both accounts were indeed authentic. She identified Rouhani’s account as one of two real accounts used by the president’s office and had emailed Zarif personally to confirm that it was him who had posted the exchange with Pelosi.

The jury is still out as to whether Rouhani and Zarif are actually responsible for the tweets in question. The immediate suspicion is that the accounts were hacked or that they are fake, but until either of the men publicly confirm or deny their authenticity, it will be impossible to know for sure. Even so, there are a few important lessons we can all take away from this.

First, constructive engagement by the Iranian government is still possible, especially in a time of high tensions over its nuclear program and the civil war in Syria. The lack of a concrete denial by the rest of the government indicates that real structural change may indeed be going on, and hard line positions of the Iranian government may be softening under President Rouhani. It is unlikely that these tweets will completely thaw the ice between Iran and the United States, but it is an important step in softening some of the hostility between the two countries that has existed since the 1979 Iranian Revolution.

Second, and perhaps even more importantly, the excitement in the U.S. and other Western countries over these tweets signals the willingness of the public to reach out to Iranians and build a new, more peaceful future. Too often, citizens of a rival country have been demonized as evil or subhuman in the past, when in fact as a whole they are average people trying to go to work or school and maintaining relationships with friends and family, just like us.

Like all presidents before him, President Rouhani comes with the blessing and approval of Supreme Leader Ali Khamenei, and Iran continues its program to enrich nuclear material. In spite of that, Rouhani has been heralded as a moderate leader, and hopefully this is an intentional move to push for closer diplomatic engagement and a resolution of some of the conflicts which exist today. For now, the ball is in the court of President Rouhani to engage in that diplomacy and for other countries to join in that conversation.