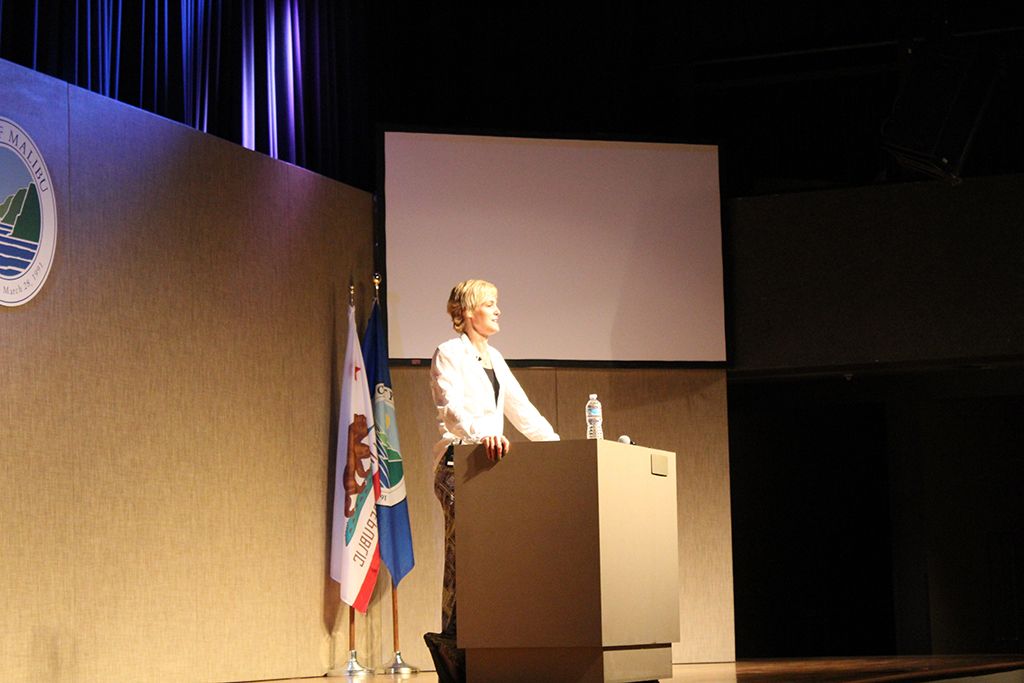 In the world of sports, the Olympics are the pinnacle of competition. Athletes dream their whole lives for the mere opportunity to compete on the grand stage of their sport. Suffice to say, five Olympic appearances will enshrine an athlete into a legendary realm. Beverly Hills native Dara Torres can boast that feat…and then some.

One of the greatest female swimmers of all time, Torres has won 12 Olympic Medals: four gold, four silver, four bronze. But perhaps her most impressive feat is her longevity.

At 41, Torres became the oldest swimmer to ever earn a roster spot on a U.S. Olympic team. Even more astonishing, Torres would win the silver medal in the 50-meter freestyle event, losing the gold by a literal hundredth of a second.

After the race, Torres was asked what she could’ve done differently. Her response to the question following her extremely narrow loss accurately epitomizes the competitive, driven, and highly likeable Torres: “You know I wish I hadn’t filed my nails last night.”

The Olympic champion’s accomplishments can be difficult to fathom. Being the best in the world at anything is incredible. Being the best in the world at something as physically demanding as swimming even more so. But being arguably the greatest female swimmer of all time? You’d need to dig deep into your thesaurus to find a word that does justice to an accomplishment of that magnitude.

A common characteristic of someone who has reached the ultimate height of their field would be a rather large ego. In that department, however, Torres by no means fits the bill. She carries herself with grace and humility as she lets her accomplishments speak for themselves.

“I don’t really talk about all of the accomplishments in everyday life. I mean if people ask to see the medals I’ll show them, but I really believe that there’s more to a person than what they’ve done in the past.”

Torres’ career was unlike any other. After winning a gold medal in the 4×100 freestyle relay in the 1992 Olympics, many speculated that her career would come to a close. She didn’t compete in 1996, but in 2000 she decided to give it another go.

At the age of 33, Torres was considered extremely old for the sport. Needless to say, she took home a few shiny objects that year too. But for Torres to come back after an eight-year hiatus, during which she gave birth to her daughter? Again, somebody hand me a thesaurus.

She recalls what it was like in the locker room before her hundredth-of-a-second loss in her Olympic swan song.

“Everyone was making such a big deal about my age, ‘Like she’s a mom, can she really do this?’ I looked at the other swimmers and they were all so terribly nervous. It’s like, they thought that this moment was the most important thing that they were ever going to do in their life. But for me, the most important thing in my life was back home. I had a very different perspective of the games that year. I didn’t put as much pressure on myself because I already had what was most important to me: my daughter at home.”

Even on the cusp of her final Olympic performance, Torres had the clarity to realize what mattered the most. You can be an Olympic champion and still not have what you’re looking for. Torres may be the greatest female swimmer of all time, but as for her most meaningful title? Mom will do just fine.