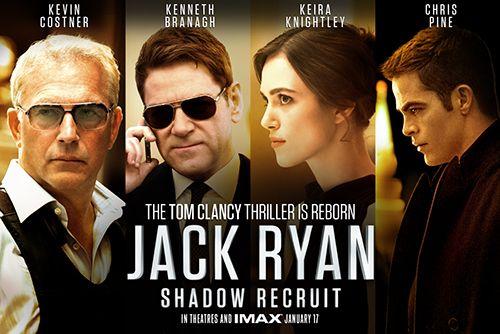 We’ve all seen our fair share of action thrillers, and there are many who groan at the thought of yet another save-the-world caper on the silver screen. Hollywood has left us with no shortage of what can easily become an unoriginal recreation of the typical spy story — full of gadgets and explosions, but short on thematic depth and character development.

Released last Friday, “Jack Ryan: Shadow Recruit” is a highly entertaining take on a classic spy story, which also manages to focus on themes such as morality and patriotism through relatable characters.

“Jack Ryan: Shadow Recruit” is the newest film based on the characters created by Tom Clancy in the Jack Ryan novel series. As the fifth Jack Ryan film, this is the first of them to indirectly follow the story line of one of Clancy’s novels. It is also the first movie released since Clancy’s death in October 2013.

Starring Chris Pine (Captain Kirk, “Star Trek: Into Darkness”), the film reboots the franchise and puts a modern spin on Jack Ryan’s beginnings. Ryan still works as an agent for the CIA to protect the United States from Russia, but he rushes to stop a terrorist attack intended to spark a collapse of the American economy.

This is a bit of a departure from the traditional storyline of saving the world from nuclear war, but a much more fitting tale for what we as Americans currently tend to see as our greatest dangers. In addition, the film features music by Patrick Doyle (“Brave”) that captures the suspense that is a trademark of every classic secret agent story; and cinematography by Haris Zambarloukos (“Mamma Mia!”) that highlights both the action and the drama within the film with sweeping camera angles and artistic close-ups. The music and the cinematography combine to create a movie that is simultaneously intriguing and fun.

The film has no shortage of acting power. The characters in “Jack Ryan,” especially Ryan and Cheverin, drive the story forward just as much as the action through their relatability. These characters come to embody the questions that we all ask at some point. The film does a particularly good job of taking the audience with Ryan as he faces the challenges that come with transitioning from being a CIA analyst to an active field agent. Branagh uses the complexity of Cheverin’s devotion to Russia to question whether patriotism can perhaps be taken too far, and juxtaposes it with Ryan’s quest to defend his country while still maintaining his own morals.

While “Jack Ryan” isn’t the most unique story, it is a stellar example of an action movie done right. It is undeniably entertaining, but also poses thought provoking questions about morality, loyalty and patriotism. “Jack Ryan” has all the makings of a classic and well-done story and is an action movie definitely worth seeing. 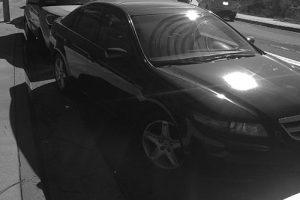 Photo by Blanche Johnson Apparently this law student was in such a rush to get a breakfast burrito that they forgot that...
Copyright 2013 Jupiter Premium Magazine Theme
Back to top