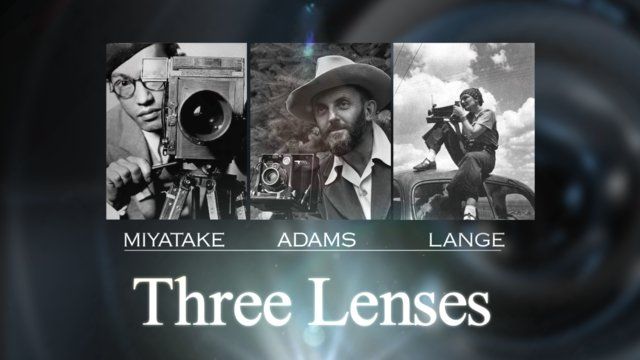 That notion is at the core of production company Video Resources’ first documentary feature film, “Three Lenses,” which examines the roles of three photographers — including Ansel Adams — who all took pictures at the Manzanar internment camp. “Three Lenses” is one of three recipients of the prestigious Abel Cine grant (a contest in which experts, including Oscar-nominated filmmaker Ellen Kuras, judge eighty-six documentaries and reward the top three with a $33,000 grant). For “Three Lenses” to receive this grant is a high honor indeed.

According to Ecar Oden, executive producer of “Three Lenses,” production has just commenced and they are currently interviewing people. They plan to finish the interviews in the summer. Oden provided some valuable insights on the production and its historical context, talking about the film, Ansel Adams and Japanese internment all at once.

The film’s premise was found almost by accident three years ago when Oden decided to do a documentary on Ansel Adams. He had met with Adams recently, which he described as “like meeting Steven Spielberg [for photography].” Because there was only one documentary on Adams, and because Oden had insight on Adams’s demeanor as well as his photos, he decided to do a documentary on him. However, when unearthing information on Adams, Oden made an important discovery: Ansel Adams had taken pictures at Manzanar.

Oden immediately realized that he had stumbled upon a far greater story. Adams, apparently, had worked in cooperation with the director of Manzanar. Soon after this discovery, he found two other photographers who had taken pictures there. And, thus, “Three Lenses” was born. According to Oden, the film is “a story about the Japanese-American internment told through the eyes of three different photographers.”

The three photographers come from radically different backgrounds: one is Ansel Adams; another is Dorothea Lange, a woman; the third is Toyo Miyatake, an interned Japanese-American. Because each photographer had his or her own unique perspective on the horrors they were snapshotting, “Three Lenses” is not merely a story about their photographs but is also about their character, motives, and values. And by investigating these photos, Oden uncovered an even more important truth: something akin to the Japanese-American internment could easily happen again.

While investigating, Oden got a chance to talk to a Japanese-American from Hawaii who said, in relation to the thought that history could repeat itself, “Sept. 12 must be told.” He was referring to the post-9/11 meeting called by President George W. Bush to discuss the country’s future. At that meeting, Detroit Congressman David Bonior immediately expressed concerns about his Arab-American constituents. He said that they feared internment. Though at first glance those fears seem unfounded, upon closer inspection they are revealed to be legitimate.

According to Oden, Supreme Court Justice Antonin Scalia, in Hawaii, told a student that internment is a very feasible possibility even now, long after the Japanese-American internment came to its end. Among other things, he quoted a Latin proverb that can be translated roughly as “in times of war, the law falls silent.” Thus, the fear that something like this could happen again is real. “Three Lenses,” according to Oden, intends not only to depict the horrors of Japanese-American internment as seen by the three photographers but also to educate viewers about what caused the internment so that people can prevent those events from ever reoccuring.

“Three Lenses,” Oden says, is aiming for an early 2015 release at various film festivals, including Sundance. If it ever gets a wide release, it certainly is worth a look; it is a fascinating, nuanced and important story.

Nam Knows Best: Not Good At Anything 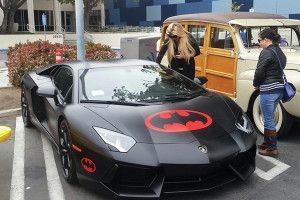