There is no ‘I’ in teamwork 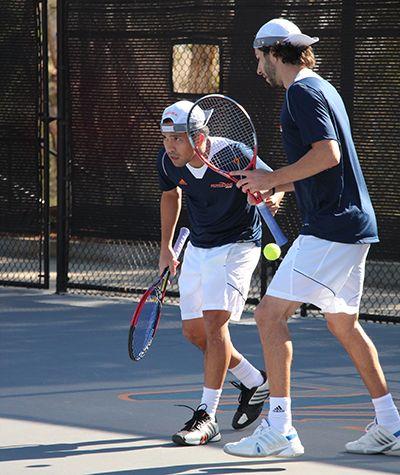 Men’s tennis has evolved: The roster is younger, and many of its new players are untested. How have current team members responded? — by securing the first place pick in the WCC preseason poll.

Both the new faces and the tested veterans of the No. 16 overall-ranked team, led by Head Coach Adam Steinberg, are determined to prove that they are a force to be reckoned with, regardless of their young age.

“We are a super young team, we have six freshman and two upperclassmen who are new, so we have eight new players,” Steinberg said. “Our guys work so hard, there is not a day that goes by that they are not giving it everything they have, especially the new guys. I’ve never had a group of kids as enthusiastic and hard working as these kids.”

Through the first four games of the season, the team has had to learn to play together and build an identity unique to their diverse skill sets. For many players, transitioning into collegiate play and having new pairings in doubles has been a challenge, but one that Steinberg said the team is capable of facing.

“It’s been a big transition, a big change and so we are still trying to figure out our line up … it’s going to take awhile,” Steinberg said.

According to Steinberg, playing as a team has been a crucial factor for the Waves this season, and something he said he hopes will improve as the season goes on. Steinberg mentioned senior Alex Sarkissian as having stepped up as a leader among the team.

If the start of the season is any indication, the team seems to be getting things together quickly. Men’s tennis opened the season with a 5-2 win over No. 36-Washington on the road. Sarkissian and fellow senior Francis Alcantara won doubles, and the team additionally secured four three-set sweeps in singles.

The Waves continued their solid play against No. 41-San Diego in the opening round of the ITA Kick-Off Weekend, gaining the win at 4-1 thanks in part to newcomer sophomore Pedro Leme, who won a tiebreaker set against San Diego’s Andrew Raphaelson, 7-5.

Unfortunately, the team was unable to finish against California on Jan. 25, losing 4-2 in the title match of ITA Kick-Off Weekend and ultimately missing their chance to advance to the ITA Indoor National Championship in February.

“In doubles, I thought we did a great job, but in singles when it got tight I felt like we didn’t take it … I think we played scared to be honest,” Steinberg commented on how the Waves still have room for improvement.

“It’s tough, we always want to make the indoors as every team wants to. Not everyone played their best game, but we still gave them a challenge and they are a good team. We are still improving, and we definitely learned a lot from it,” Sarkissian said.

The Waves faced No. 30- Tulsa on the road last night, securing a close win at 4-3 on another Leme tiebreaker. The first-to-seven, win-by-two tiebreaker set saw Leme triumph 11-9. Sarkissian and Alcantara kept their doubles streak going by winning their fifth consecutive doubles point.

Men’s tennis still has a long road ahead of them, but if the early signs are any indication, they seem ready for the upcoming season.

“We are a young team and we are still bonding and learning who we are as a team. Once we fully connect with each other we are going to be really good moving into the mid-season,” Sarkissian said.

As poet Mattie J.T. Stepanek once said: “Unity is strength … where there is teamwork and collaboration, wonderful things can be achieved.” 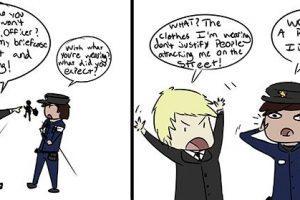