The Show Must Go On — P.I.T. Brings Much-Needed Laughter 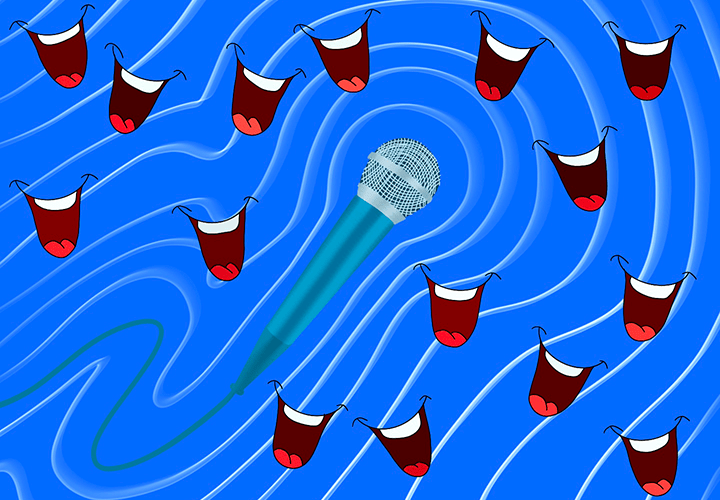 After closing the curtains a year and a half ago, Pepperdine Improv Troupe returned, Sept. 24, delivering much-needed laughs for Waves across campus.

It was a battle of wits for the P.I.T. crew, as the cast split into two teams: “It’s a Girl” and “The 13th President of the United States, Millard Fillmore.” The two teams’ fates were in the hands of the audience, as they yelled out suggestions to the improv crew.

The Pepperdine Improv Troupe is the University’s improv team which consists of 15 students and two faculty directors. During shows, players rotate and divide into two teams and then play short improv games in order to charm the audience.

In each show, the host uses a vote-by-majority system, judging a performance based on the audience’s response. With this, audience members are required to rate each performance on a scale of one to five. As the night progresses, the host tallies each team’s points, announcing the final scores at the end of the show — earning the winning team bragging rights.

Students across Elkins Auditorium broke out into shouting matches for the host’s attention, suggesting prompts as the show progressed. Despite the small crowd, the auditorium shook with laughter, as students rooted for their favorite team and embraced the chaos brewing before them.

From crying over Halloween costumes to summarizing Shrek in five different genres, each team gave their best effort to work together and make the best out of the audience’s suggestions.

In the end, team “It’s a Girl” won the night by a slim margin, scoring 39 points. Whereas, team “The 13th President of the United States, Millard Fillmore” had a score of 38.

The team provided a large range of concise, but hilarious skits. From falling in love on the Oregon Trail to giving birth in a Waffle House, team “The 13th President of the United States, Millard Fillmore” caused a ruckus among the audience, giving the team “It’s a Girl” a run for its money as they fought for the hearts of the audience.

Despite team “It’s a Girl” being the audience’s favorite, both sides earned tumultuous applause from the crowd, giving Pepperdine students a hilarious escape during this pandemic. 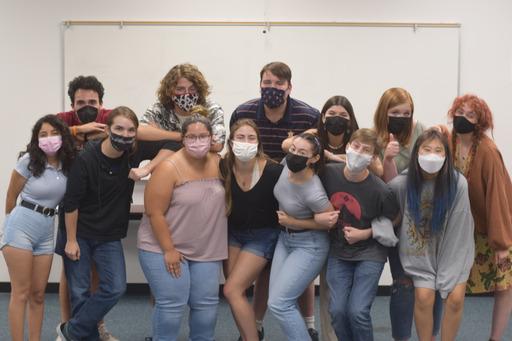 The P.I.T. players hang out at their rehearsal Oct. 3, gearing up for their next show. P.I.T. began in 2000 and has been a source of community laughter with free monthly shows in Elkins Auditorium. Photo courtesy of Isabel Klein

Sophomore Rebecca Smith, one of the audience members, said she gives the show a nine out of ten.

“There were a lot of funny moments like when Cat [Masterson] was dancing and when the teams were playing ‘Categories’ that were just a lot of fun to watch,” Smith said.

Many of the attendees said they felt the same, and most of the crowd burst into laughter throughout the entire show.

“My favorite part of the show was when Isabella [Tassone] and Joe [Allgood] pretended to be a ‘divorced couple,'” Smith said. “I have to say [it] was one of the funniest moments of the show for me.”

“I was curious,” Jacobs said, regarding what made him want to see the show. “I’ve loved improv when I was little and hearing how my friends were going, I just knew I couldn’t miss it.”

While many shows differ in perspectives from performer to audience member, this show seemed to share one common chord — its unpredictability.

Max Zink, senior and P.I.T. troupe member, said the least expected things come from both the audience and fellow performers — because you can never really tell what is going to happen. This excitement and the comfort from his team are what helps him prepare for a show.

“My biggest takeaway for tonight is that it is a fun show for P.I.T. and I’m glad they are going to keep having more shows and I’ll be glad to help with shows to come,” Zink said.

This first show begins not only the new school year — but also the beginning of a series of shows hosted by Pepperdine’s band of improv stars.

Bach to Normal: Orchestra Returns with a Glimpse into Beethoven's 5th Symphony 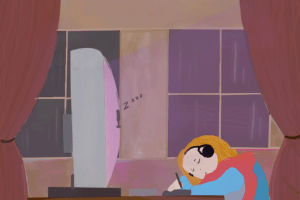 Art by Brian ZhouASMR or Autonomous Sensory Meridian Response is the relaxing stimulant many young adults use for scalp prickling...
Copyright 2013 Jupiter Premium Magazine Theme
Back to top