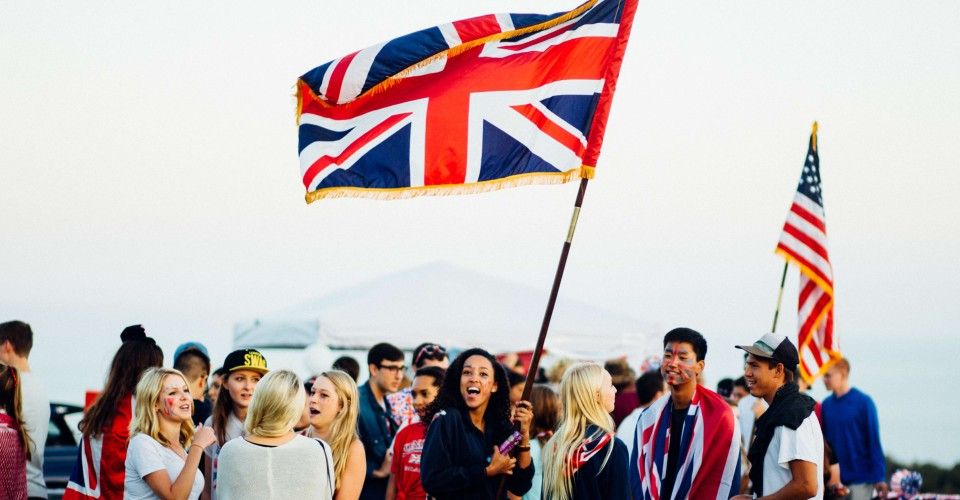 Headline: Students support their IP countries at The Return

The Return is an annual event hosted by Pepperdine International Programs. It is a time when returning juniors reunite with their abroad families and share their experiences studying throughout the globe with future IP students.

Upperclassmen may remember the time they strolled through Alumni Park as first-year students, asking former IP students for stories and advice. It was a time of endless possibilities when applications had not yet been submitted.

For students applying this year, applications for the 2016 summer and 2016–2017 academic year international programs opened on Aug. 31. Knowing this, the atmosphere at The Return on Thursday was exciting and even a little tense as the different programs vied for potential applicants’ attention.

Even though The Return exists to promote studying abroad, there was a competitive edge to the evening. All of the programs participated in a Tug-of-War challenge that was intended to be a somewhat friendly battle between the programs. However, the freshmen championed this game to the dismay of the Buenos Aires program, which had won the Tug-of War challenge the past three years.

Also, the different international programs were actually competing for the favors of first-year students. The freshmen were given “passports” to be stamped at each location, such as Florence, Italy or Washington, D.C., after speaking with students who studied there.

Once they had a chance to hear about students’ experiences throughout the globe, freshmen voted on their favorite programs. The different programs had their own special ways of attracting attention. The Buenos Aires returners took a stand in order to be noticed; junior Mary Swanson stood on top of a van, waving Argentina’s flag proud and high as she attempted to get first-year students to head their way.

After all of the return videos were showcased toward the end of the event, Karl Kalinkewicz, Assistant Director of Recruitment and Student Development for IP, announced that a freshman won $500 to use toward her abroad experience. Although she was no longer at the event to claim her prize, Kalinkewicz said he would contact her about the scholarship.

Like any good Pepperdine event, The Return not only involved a monetary prize but also provided free t-shirts for returning students and three different food trucks, giving students the option of banh mi, Central American soul food or even waffles for dinner.

Freshman Gabrielle Antolovic said she was considering both Heidelberg and Shanghai before going to The Return. After speaking to former IP students, she concluded that she wanted to study in Germany. Antolovic said one of the reasons she chose to attend Pepperdine University was due to the fact that so many students study abroad in one location for an entire academic year.

All of the programs may provide different cultural experiences and great adventures, but they are all unique.

“Choose the program that you think is interesting,” David Hong said, the IP ambassador for Shanghai, China, when asked about his advice to those who haven’t decided on a location for which to apply. “Shanghai is the most abroad you could possibly get. People that are almost crazy go to Shanghai because it is so out there, and most people don’t even consider it. We attract a very different crowd, and that’s what I love about Shanghai.”

Junior Tori Eliazar, another student returning from Shanghai, stated that her favorite aspects of the program were growing close to the other students and the opportunity to grow both spiritually and individually.

“You can say so much about it, and it’s never going to sum it up in the real words and feelings that you feel,” Eliazar said.

Junior Alexa Springer said the people in the Heidelberg program made studying abroad the amazing experience what it was.

“Our group really became a family, and I think that is one of the best things about the Heidelberg program, in addition to the traveling and the education,” Springer said.

Springer offered some advice for first-year students who are trying to decide which program to choose.

“Take a deep breath, think about all of the information you’ve been given, pray on it, and really think where you fit in and where a fun adventure lies,” Springer said.

Junior Brianna Chmielewski had a hard time narrowing down her favorite parts of her year in London.

“I just kept thinking these freshmen are so lucky,” Chmielewski said. “They have no idea how amazing what lies ahead is.” 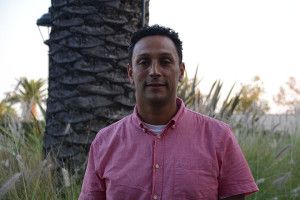 Photo by Gabriella ChanA professor at the Pepperdine Graziadio Business School had another of his articles published on Forbes...
Copyright 2013 Jupiter Premium Magazine Theme
Back to top