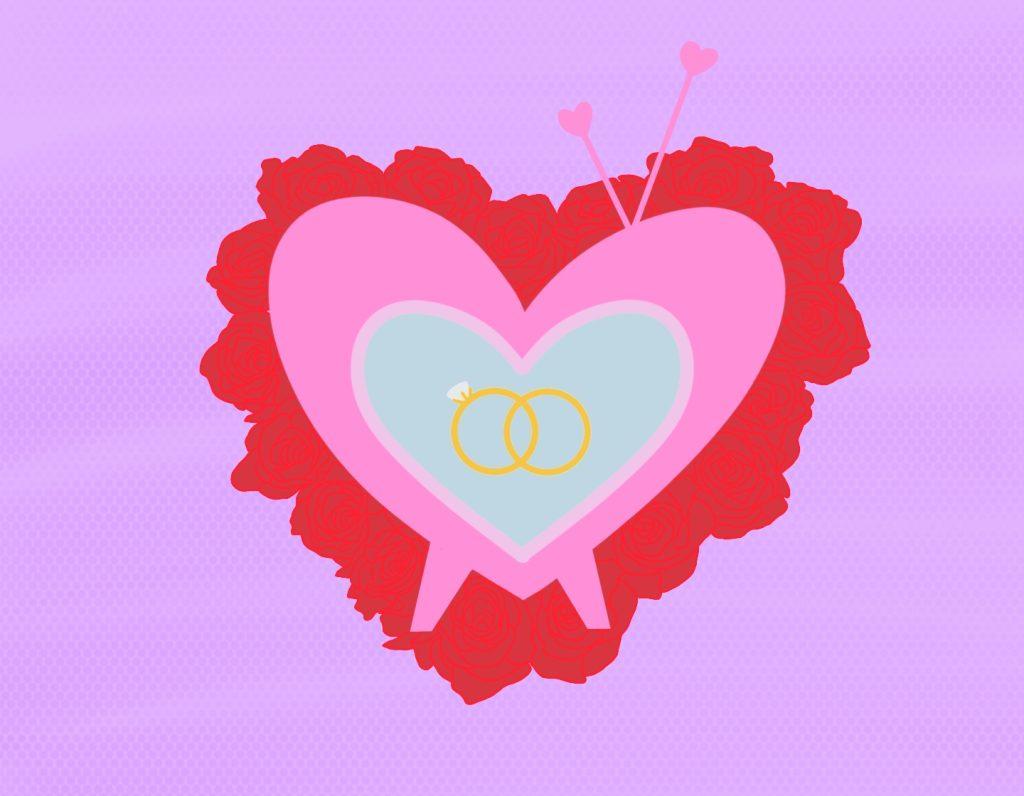 Roses, romance, tears and drama are everything one can expect when watching relationships unfold on television. With reality dating shows starting over 50 years ago, more and more creators are coming up with different versions of a dating game or show, according to Insider.

As another new season of “The Bachelor” is approaching Jan. 23, students revealed their thoughts on how “real” they feel the love on reality dating shows are. Shows like “The Bachelor,” “The Bachelorette,” “Bachelor in Paradise,“ “Love Island” and “90 Day Fiancé” have been on some students’ watchlists, while for other students, the drama proves to be too dramatic.

Junior Isabella Glynn, a fan of “The Bachelor” and “Love Island,” said even though she feels some of the shows are scripted, she still finds the content interesting.

“Things are often blown up out of proportion,” Glynn said. “I don’t know if that’s the cameras purposely doing that or if that’s actually happening, but I think it’s fun to kind of watch it, like take it lightly. It’s more of like, ‘Oh this is fun,’ rather than this is how relationships should actually be like.”

Glynn said she has been watching “The Bachelor” since Peter Weber’s season — the 15th season. Many fans of this show consider themselves part of “The Bachelor Nation,” which is comprised of all the franchise’s shows — “The Bachelor,” “The Bachelorette” and “Bachelor in Paradise.” The shows rotate throughout the year and are televised annually. With one main bachelor or bachelorette and around 30 men or women in the show, the contestants go on group dates and one-on-one dates in the hopes of falling in love.

On these dates, viewers will see arguments, emotional moments or fights play out, but Glynn said she does not believe all the drama is scripted.

“I do think that if a fight were to happen, sometimes they tend to overreact because they know they’re being recorded,” Glynn said. “They know it’s for the camera and they know if they do something crazy they’ll get more publicity for it.”

She also says she does not think the relationships after most of these shows last long-term. Six couples from “The Bachelor” and “The Bachelorette” are married, despite 34 proposals throughout the seasons, according to a New York Times article.

Glynn said she plans to watch the 27th season of “The Bachelor” this January.

“I would love to watch that with my roommates, because I think a bunch of them like it and I think it’d be so much fun to have that be a weekly thing to kind of take a break from the stresses of school and everything — just to kinda relax [and] have some fun,” Glynn said.

Glynn said she has not watched a full season of “The Bachelor” completely but is still entertained by reality dating.

“I love to see just like learning about real people, just watching them like ‘Oh my gosh! This can never be me,’ but I love watching other people do it,” Glynn said.

Glynn said she also enjoys watching “Love Island,” because it is a newer show and has different aspects from “The Bachelor.”

“Even though it’s called [a] reality dating show, I don’t think it’s very realistic and that is a major turn-off for me, because I think they’re promoting a lot of different things that are unhealthy in a relationship,” Jiang said.

Jiang said reality dating shows may influence younger generations to think about relationships in a certain way because of the elements of the relationships seen through the screen.

“It makes that impression like how you have to follow this type of beauty standard, you have to have money, you have to be an influencer like all of these things just so someone will be interested in you,” Jiang said. “And so by then there’s still some weird competition between people, and it feels kind of forced.”

The only reality dating show she said she has watched is a Korean show called “EXchange,” because it does not have a high level of drama.

She said she likes to watch a different genre of shows compared to reality dating shows.

“I honestly just watch very fictional dystopian stuff, because I know they’re trying to prove a point — they’re not trying to set up some weird expectation for the life that we have right now,” Jiang said.

She said she would only watch the new season of “The Bachelor” if her friend influences her to have a marathon when all the episodes are out.

With the start of a new semester, students can start a new reality show where people find love. Glynn shared how the love and drama can provide entertainment, while Jiang finds entertainment through other shows.