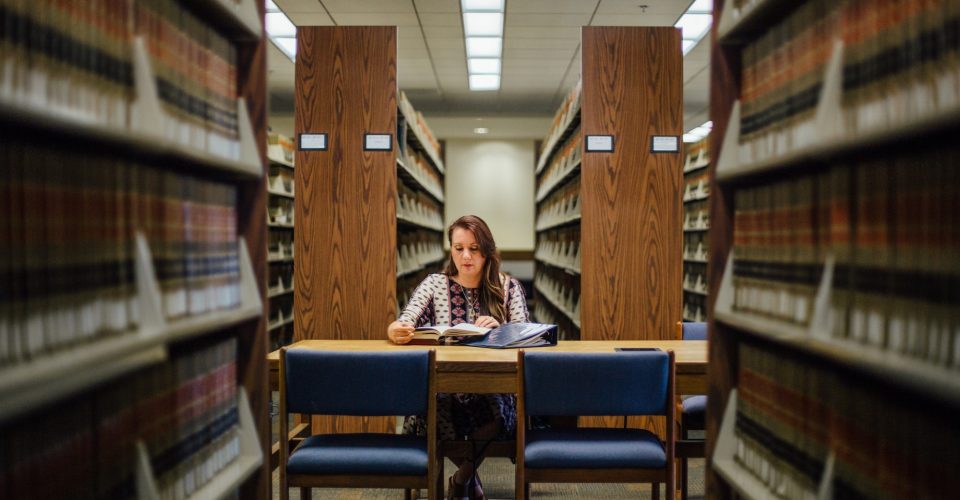 “Not the student.” It was a bizarre name tag to wear at Pepperdine’s Admitted Student’s Day, but Amy Preston’s teenage son wanted to get his point across: His mom was the freshman on campus, not him. Preston, now 43 years old, is a mother of four boys. She’s in her seventh and final semester at Pepperdine, and is probably the only senior to spend her Fridays babysitting a grandchild. 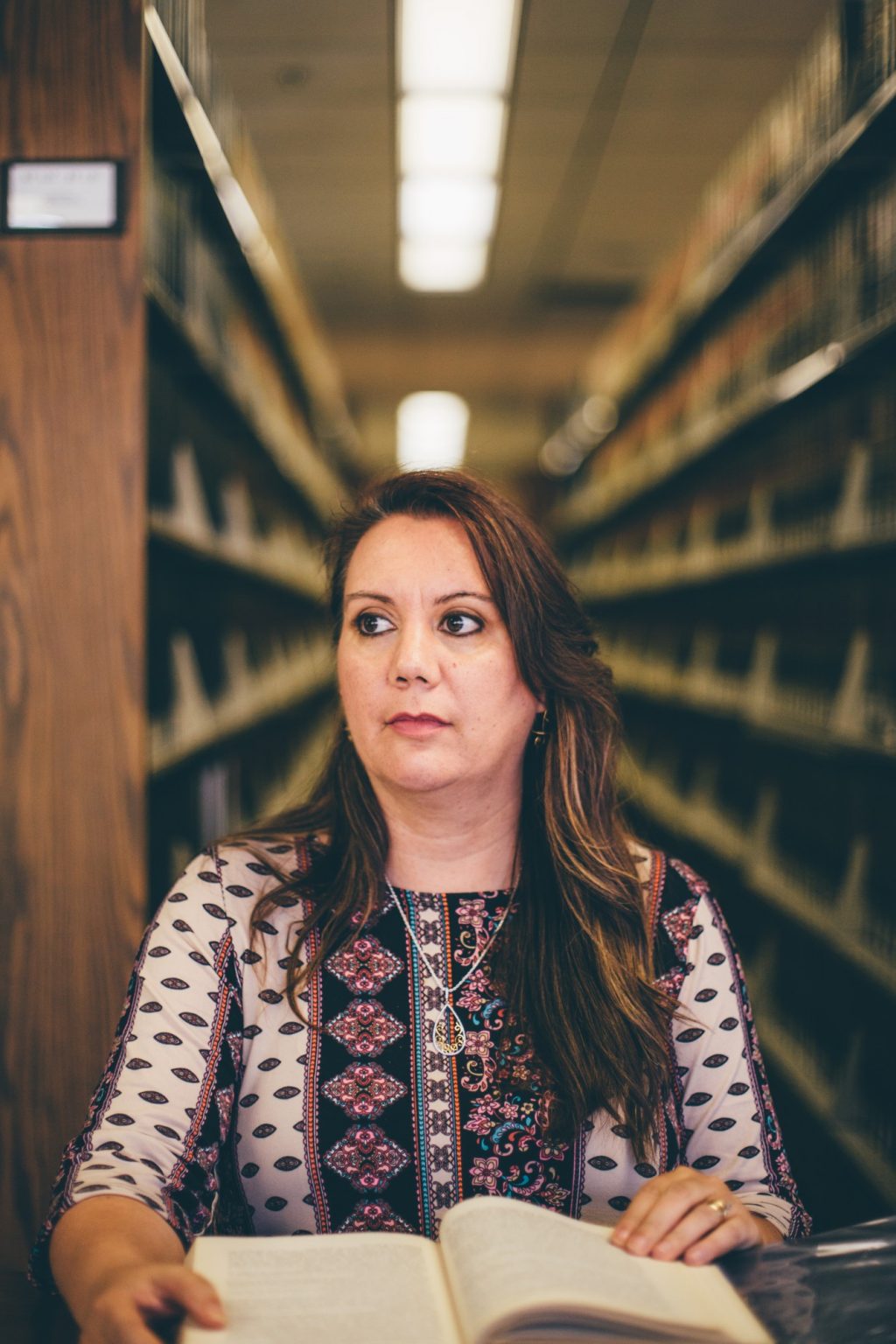 “I’m in a weird place,” Preston said. “With the students, there [are] semesters where I’m closer with some, but I always feel like I’m not plugged into the social aspect of our school. I’m here to get my degree. It’s kind of like a job for me.”

After her family moved from Stockton to Simi Valley a few years ago, Preston decided to go back to school to become a high school choral director. For four years, she has commuted roughly an hour to campus, while also raising her teenagers and consistently taking 18 units.

For Preston, this hectic life is nothing new. She says she did a paper route in Stockton for years, arriving every morning between 3 and 4 a.m. — even on Christmas, even while substituting, even while eight months pregnant.

“Sometimes it feels like you just do what you can,” Preston said. “To be gone so much, I feel like sometimes I have let some balls drop that shouldn’t have, but I can’t sit here and regret. My family has supported me every second and been so understanding.”

Preston clarified that she doesn’t want to sound negative about Pepperdine — “It’s been such an amazing experience”— but admits that her time on campus has been “different.” She said the first semester was particularly hard.

“I felt a bit lacking,” Preston said. “It was fine until there was this one time at the Christmas concert. I was just sitting there and thinking, ‘I just feel so lonely,’ because I didn’t have anybody to really talk to.”

Preston is not the only outlier on campus, of course. While her journey as an older student is rare, it’s not altogether solitary. From 2015-2016, 7 percent of Seaver students were older than 25. That means that out of last year’s 3,553 undergrads, nearly 250 were not traditional, fresh-out-of-high-school students. On a campus that sometimes can feel like summer camp — teeming with hammocks and Converse high tops — there are actually a surprising amount of adult undergrads who have worked, traveled, gotten married and even fought in war before coming to Pepperdine.

For example, senior Daniel Carrera is a 34-year-old Business Administration major. Personal discipline, hard work and patience with others are recurring themes in the things he talks about. Carrera often sports a leather jacket and rides his Suzuki motorcycle every day through Malibu Canyon. When asked if that’s scary, he replied, “It’s not scary. I’ve seen scary things.” So, it’s not a complete shock to learn Carrera served in the U.S. Marine Corps for eight years. 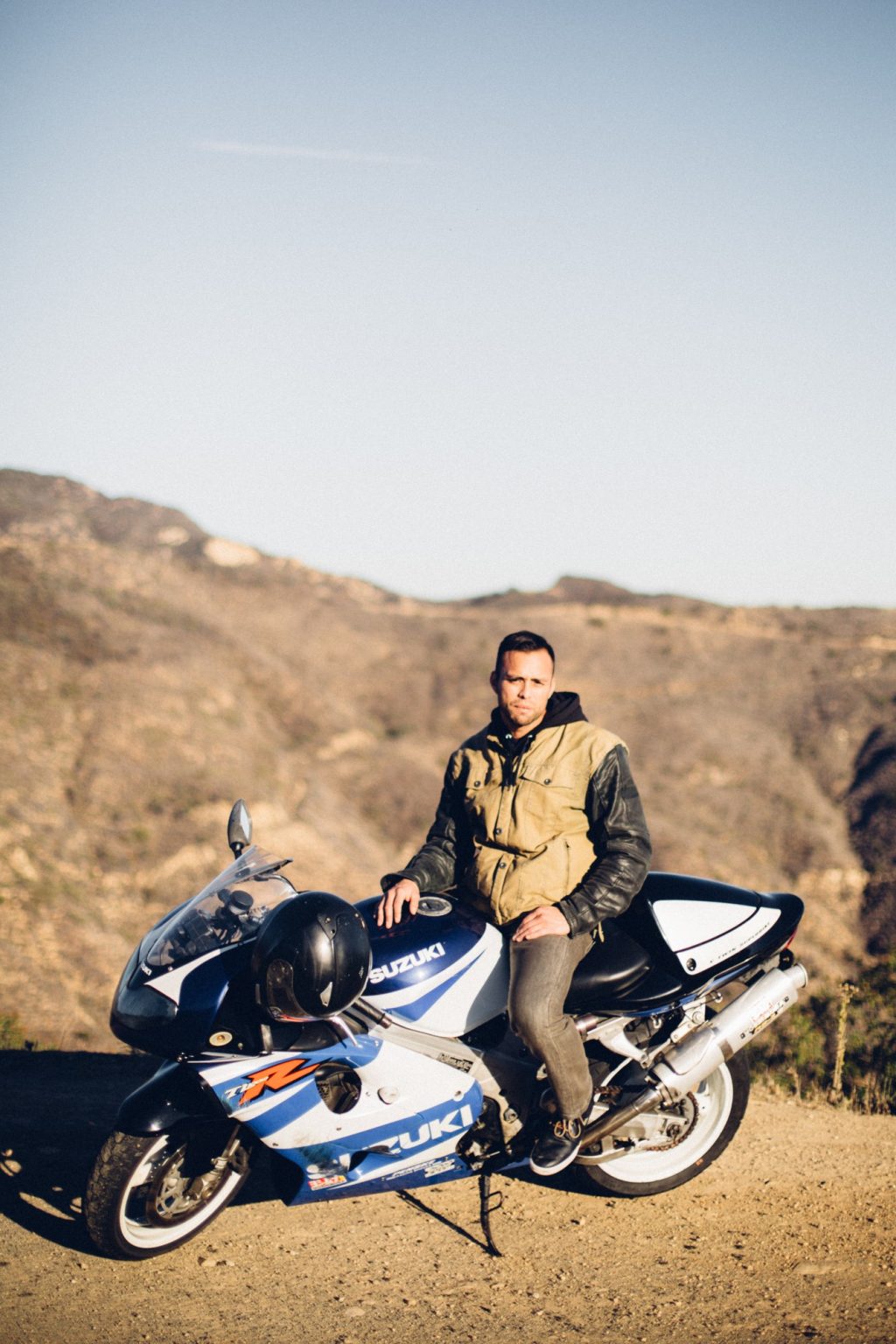 “My MOS (Military Occupation of Specialty) was geared toward combat,” Carrera said. “I was a Marine with a gun in his hand. … The transition [to Pepperdine] has been difficult, but it’s been a welcome transition. It’s definitely a little difficult just because of the age gap.”

Like any college student, Carrera has changed his career path “four, maybe five times,” from music, to firefighting, to becoming an EMT, to becoming a doctor, to finally landing on business. He plans to start an e-commerce/ e-travel business when he graduates. His personal growth as a Marine — illustrated through “a pretty funny story” about how he almost drowned while training as a private — has carried over from his deployments in Iraq to the student he is today.

“It taught me to get the job done and accomplish a mission,” Carrera said. “Now I have a 3.9 GPA, and I attribute that to my military experience.”

As for making friends on campus, Carrera joined Delta Sigma Pi fraternity, and this past summer he went on the West Africa International Summer Program along with another veteran, Stephanie Nagel, who served in the Navy for four years. Now 25 years old and a junior, Nagel said her time at Pepperdine has been like therapy.

“I’ve never been around so many beautiful and effeminate people,” Nagel said. She said being in the Navy is hard for women, because, “A lot of guys either want something from you — your sexuality — or they don’t respect you.”

Nagel, whose hair was still wet from surf class when she arrived in the HAWC, said she ironically cares much less about hair and makeup now than she did in the Navy.

“I would paint my nails because I wanted to feel girly,” she said about her time in the military. “I would dye my hair all of these different colors, and now I don’t do anything with my hair.”

Even though she has made some close friends on campus, Nagel said Pepperdine is still a hard place for alternative students. She likened the dorms to living on base.

“The campus is so isolated from everything,” Nagel said. “So if you’re not in that narrowly defined group, then you don’t really have many alternatives.”

Nagel now considers herself as “more of a pacifist” — partly an outcome of her deployment in the Middle East, she said. Nagel spent a “hard seven months” on an aircraft carrier, the very same one on which Asa Miller, 26-year-old Political Science and Economics major, was stationed before leaving the military in 2014.

“People around me apparently have no idea that I’m older,” Miller said, who served in the Navy for six years. “I guess I still have a baby face.”

Miller, a member of the Pepperdine Ambassador Council, has integrated himself pretty well on campus, but he said it’s harder to connect with people at Pepperdine than it was with people in the Navy.

“Where I worked at, you’re with the same people 24/7,” Miller said. “You eat with them, train with them, sleep in the same tight areas with them. There’s also a lot of boredom going on. You’re talking about everything. It’s unfiltered and you’re knowing everything about each other. The circumstances are hard, and you’re going through that together.”

Miller said the Navy taught him about how to be a leader — including, at one point, being in charge of a group of pregnant women. He explained he was assigned to a short command after tearing his ACL.

“That’s an experience I wouldn’t have had in a college class,” he joked.

Miller said he seems to take Pepperdine more seriously than many younger counterparts — a statement made by each of the older students interviewed. This is primarily a financial reason, as dropping a full-time job and a steady income is no easy task in Malibu. To put it in the words of 26-year-old sophomore Andrew Shute: “I’d be living in someone’s closet if I didn’t have my wife helping me out.”

Shute was able to travel the world in his time as a Navy hospital corpsman, which made him “so stoked about humanities” — a rare sentence in the mouth of a Pepperdine student — as he had traveled to many places on the PowerPoints. Shute said what blows students’ minds is not that he was in the military, but the fact that he’s married.

He said few students know that he’s older, or have any clue about his crazy life experiences. Likewise, few people have asked Amy Preston about the paper route she did every morning in Stockton. They haven’t asked her what it was like to raise twins at the age of 19. And very few people know the real way Asa Miller tore his ACL — by wrestling five other guys in a room “where bombs were stored.” Shrugging, Miller put it simply: 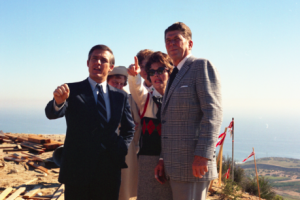 Photo Courtesy of Pepperdine University Archives Before Ronald Reagan became President of the United States in 1980, he provided...
Copyright 2013 Jupiter Premium Magazine Theme
Back to top