The New Normal for Students, Parents and Teachers 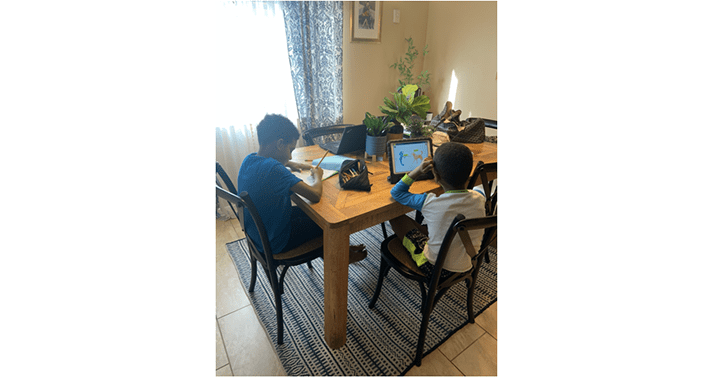 “You won’t break, you’re gonna get through this, you’re not gonna break.”

This is what Los Angeles Unified School District (LAUSD) parent, Michelle Sharp, is telling herself throughout week three into remote learning. Sharp is a single mother of two boys — one in kindergarten and the other in fourth grade — and nowadays, she cannot even find time to bathe.

“I could not find the energy to take my clothes off and get in that bath,” Sharp said. “I let the bathwater sit there. I couldn’t. I couldn’t.”

Sharp is just one LAUSD parent who is having to adjust their lifestyle after schools closed and switched to online learning.

Originally, schools closed starting March 16 for a two-week period due to coronavirus concerns, but by March 23, LAUSD Superintendent Austin Beutner announced that schools will stay closed until May 1.

“I wish I could tell you it will all be back to normal sometime soon, but it does not look like that will be the case,” Beutner wrote in an update. “Schools will remain closed through May 1, and we will provide additional updates well before May 1 on what will come next.”

Now with schools closed for the remainder of the school year, teachers, students and parents like Sharp are having to adjust to a new normal.

A Day in the Sharp Household

Sharp’s days now start off with her sons waking her up. Her fourth grader, O’Jean Sharp, then gets on Zoom while her kindergartener, Carter Sharp, gets on his iPad for a session of Super Kids, an online interactive reading program. In the midst of helping them with their school work, she cooks breakfast, serves breakfast, then they eat and she has to clean up.

After breakfast, she helps the boys with their work again for another hour or two, and then they’re hungry again and want snacks.

“They are constantly hungry,” Sharp said. “We’ll go through a box of Capri Suns in tops, like, four hours a box.”

But now she has to come up with creative ideas for what to cook for lunch, from hot dogs to homemade pizza.

After she serves, eats and cleans up lunch, the day is still not over. She continues to help with assignments to ensure they get turned in by the end of the school day.

Even after school work is turned in, Sharp cannot find a moment to relax by herself.

“Then Carter wants to do an arts and crafts project and he wants to bring me the glue gun and he’s like, let’s do this,” Sharp said.

After arts and crafts, it’s dinner time, and the process continues — and even after dinner, Sharp has not done anything for herself.

“This is when I know I have all this other stuff that I needed to do for me that I’m not getting done because I’m just too exhausted,” Sharp said.

Sharp said the first day of online learning was productive, but as time went on, balancing her kids school work became more difficult.

“I felt like the teachers didn’t really have a grasp on how they were really going to do this,” Sharp said.

She said she understands the teachers only had a few days to come up with how to do distance learning, but she feels like her children are getting too much work.

“It’s just boring, and when my teachers post stuff, it’s just different from what we do in class like we usually do,” O’Jean Sharp said, “I’m just used to going to school and doing it.”

However, Sharp is concerned that her sons might fall behind, being out of school for nearly six months.

“I fear for them to still stay at the level academically that I know that they need to be at,” Sharp said.

“When they’re in school, and all the activities that go along with school, recess and then lunch, and you know — the assemblies help them learn in so many different ways,” Sharp said.

Sharp said she tries to incorporate physical education into their schedule but often doesn’t find time for it, and now she is in disbelief that schools are officially closed for the rest of the school year.

“I think now that we’re into, you know, a month and now being notified that it’s gonna be for good, you know, it’s just unreal and very stressful,” Sharp said.

It’s Not Easier for Teachers

“Leading up to [March] 13th, I was antsy because I was hearing lots of different things from different people at different schools,” sixth grade teacher Molly Stoeckel said.

Stoeckel teaches at Camino Nuevo Charter Academy, Kayne Siart Campus, which is one of the 200 independently operated charter schools authorized by LAUSD. 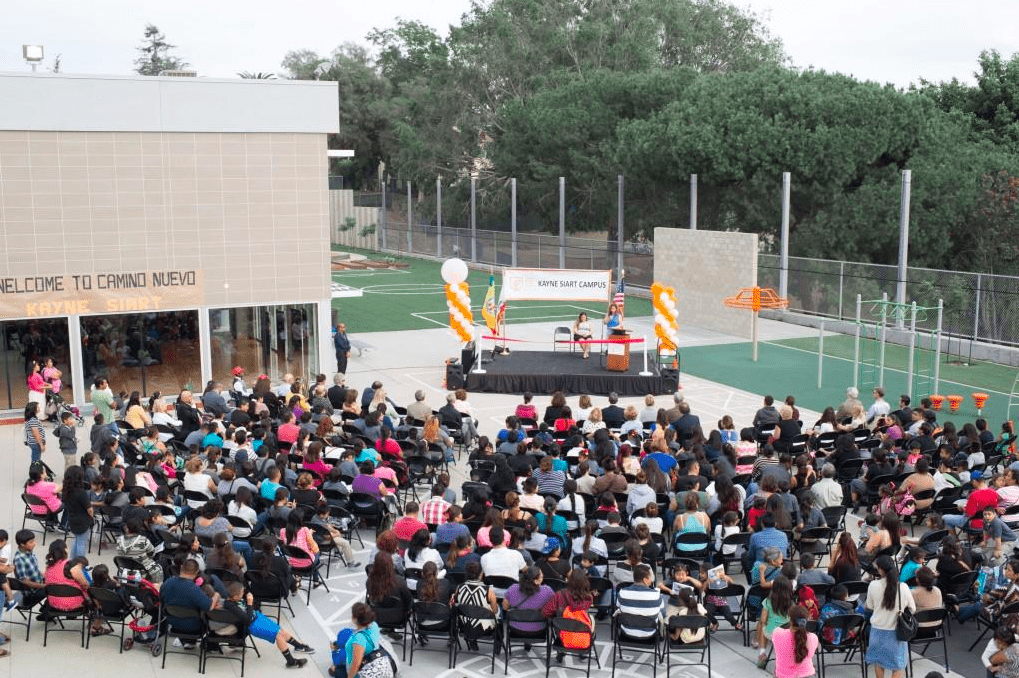 Students at Camino Nuevo did not have school March 13 when LAUSD schools transitioned to online learning, and this made it more difficult for teachers to communicate with their students.

Stoeckel has colleagues at other schools who had already talked about closing, so leading up to March 13, she tried to get a sense of whether her students would be adequately equipped to start online instruction.

“I took a poll of my students who had access to computers at home, and I knew that only two or three of my students wouldn’t be able to access online learning, so I put together packets for them to do for the next two weeks,” Stoeckel said.

Since LAUSD schools switched to remote learning starting the week of March 16, about 15,000 high school students have not done any school work, according to an update Buetner gave last week.

Each school is responding to the pandemic differently.

“Some schools like Camino are pulling all of their computers together,” Stoeckel said. “We [just] don’t have enough computers to give all of the students who need them. So we’re prioritizing juniors and seniors in our high schools.”

For her own class, only 20 out of 30 students have turned in work consistently, and with spring break next week, she is going to count their work up to this point as extra credit and officially start online learning April 13, one month after schools closed.

“It just concerns me because it feels like it’s a month where some kids have been learning and I’ve been giving them feedback and grades and stuff like that,” Stoeckel said. “But then the kids who just are flying under the radar, I just worry about them — and making sure that they’re ready for seventh grade.”

Like Sharp, this has also been a huge shift for Stoeckel — going from a busy classroom to being alone at home.

“The first week for sure, if not like the first couple weeks, it was just — it was weird,” Stoeckel said. “I was anxious, and I was depressed because what people don’t think of is, like, I went from being in front of 30 people — 50 people total, all day, for eight hours — to by myself,” Stoeckel said.

She said she misses just sitting with her students and talking with them.

Although she knows her students understand why they can’t be at school right now, it doesn’t make it any easier.

“I feel like it’s just a strange time to be a teacher,” Stoeckel said.

To Stoeckel, there is nothing like being in the classroom with students.

“I think nothing replaces having an in-person conversation with students,” Stoeckel said. “I spend a lot of time worrying about them and wondering if they’re OK how they’re doing with all of this.”

Passing Time in a Pandemic: Students Explore New Interests in the Midst of Quarantine 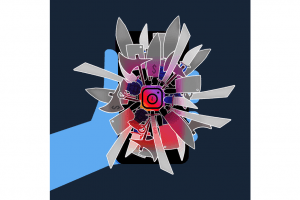