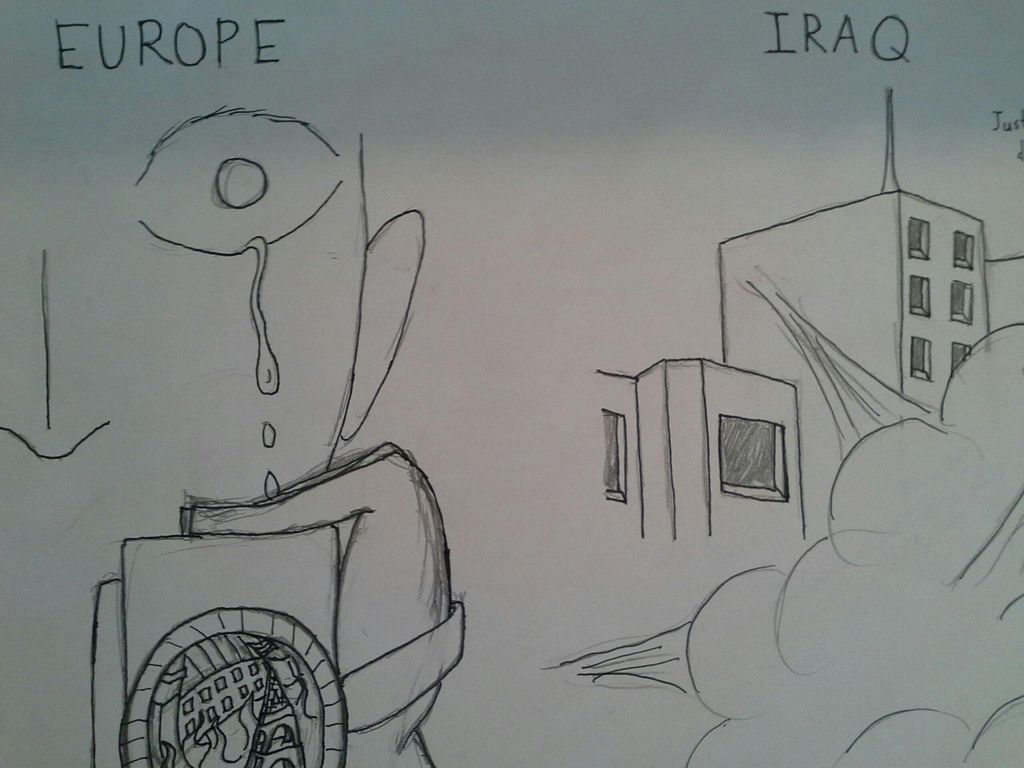 ISIS coordinated suicide bombings on March 22 across the city of Brussels in both an airport and metro station. The attack was a horrific injustice that claimed the lives of 35 people and injured 300 more, according to “Brussels attacks: Charges filed, a man freed and suspects on the run,” written by Catherine E. Shoichet for CCN on March 28, 2016.

The bombings were extensively reported on, coverage was updated rapidly and Facebook soon filled with black, yellow and red tinted photos as people changed their profile pictures to an overlay of the Belgian flag in solidarity with the victims. On top of the vast coverage of the bombings in Brussels, the attack was also brought to the forefront of Pepperdine’s consciousness because of the proximity of the attack to the abroad programs in Europe.

A couple days later, on March 25, ISIS claimed responsibility for a suicide bombing at a soccer stadium in Baghdad which took the lives of 41 people and injured 105 others, according to “ISIS Suicide Bomber Kills 41 at Soccer Game in Iraq” by Chas Danner for New York Magazine on March 26, 2016. Far fewer people heard about the attack in Iraq, and social media was practically silent. There was not an Iraqi flag overlay on Facebook. In fact, it was difficult to find an article with an updated death count. A simple search of the bombing brought up older articles, all with varying reports of how many people were harmed.

While it could be argued that at Pepperdine in particular, the attack in Brussels seemed more proximate to the student body since some of our peers were there, that does not excuse the lack of accessibility to knowledge of the horrific events in Iraq. Proximity to an event does not make it more valid or important. Furthermore, the lack of knowledge of the attack in Iraq is much more widespread than at simply just Pepperdine, and it indicates a larger problem with the coverage of world news.

It is an uncomfortable fact to face, but in America there is a dearth of coverage on terrorism in countries that are not Western. The Baghdad attack is not the first time that two acts of terrorism in a short period of time received disparate coverage. The cause, however, is not necessarily just Eurocentrism. Unfortunately, it can be much more dangerous for reporters to enter certain countries.

At least 72 people were killed in a bombing on a park in Pakistan on March 27, according to “At Least 72 Killed in Explosion in Pakistan,” by Saeed Shah and Qasim Nauman, published by The Wall Street Journal on March 28. This attack, like the one in Baghdad, has received much less media coverage than the attack on Brussels. However, it must be kept in mind that there are 34 cases of journalists being killed in Pakistan from 2008 through April 2014 because of their work, according to Amnesty International.

When there is less coverage of events in certain countries, whether from the danger of reporting or for other reasons, it is easy to adopt a skewed view of the world. With the way the media portrays world events, it is surprising to realize that ISIS isn’t even the deadliest terror group, but that Boko Haram was responsible for 6,664 deaths in 2014 alone, according to “Boko Haram Ranked Ahead of ISIS for Deadliest Terror Group,” by Dionne Searcey and Marc Santora, published by The New York Times on Nov. 18 in The New York Times.

World news coverage is not equal across national and regional boundaries, and no matter the reason, it is important to be able to realize the inadequacy of just checking the headlines to stay informed. As Pepperdine students, there is nothing wrong with showing solidarity with the people of Brussels. However, it is important to stay informed about all the places currently threatened, whether they are in Europe, the Middle East, Africa or elsewhere. A cursory skim of headlines is not enough to stay informed. An effort must be put in to stay aware. Our prayers, support and solidarity are needed in many places all around the world, not just one.