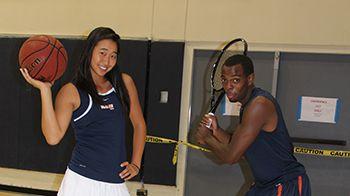 An athletic team is only as good as its athletes, and at a four-year college the pressure is even higher for coaches to literally and figuratively be on the ball about recruiting.

Case in point: at the time he was being interviewed, men’s basketball Head Coach Marty Wilson was en route to the airport in Texas. He was about to scout out a potential recruit at a high school basketball game.

Everyone in college, or having gone through it, has an idea of the mental turmoil one experiences in the application and decision process. It is much more difficult for athletes who have multiple variables to consider.

For freshman Yuki Chiang, one of the two freshmen on the women’s tennis team, an emotional roller coaster is an accurate description of her ordeal in getting to Pepperdine. With close affiliation to the University, as her mother is an alumna, Chiang always had her heart set on playing tennis in Malibu.

“[The] first thing that popped into my mind when I thought about college was Pepperdine,” Chiang said.

In search of a small school with good academics, a competitive tennis program and a good location, Pepperdine became Chiang’s sole focus and was the only school she applied to.

The road for Chiang to Pepperdine was far from smooth sailing. First she had to impress women’s tennis Head Coach Robert Escudero, and then, after receiving an offer, she had to raise her test scores to convince the admissions review board.

Chiang recounts the time, money and mental anguish that it took to earn the fateful phone call from Escudero about her acceptance.

“I had never stressed out as much I did. In tennis I know that if I work hard enough I can get the result I want, [but] in that year I didn’t know that. [I] spent so much money, worked so hard and I still didn’t know if it was enough,” Chiang said.

According to Chiang, the vote on her acceptance was split 4-4 on a nine-person review board, and the final decision came down to the last board member. In the end Chiang’s perseverance and dedication paid off.

Escudero describes what stood out about Chiang in the recruitment process, explaining that it was her desire and constant improvement that really won him over:

“She showed me that she has more in her than can be seen. Throughout the summer she continued to improve; she kept doing better and better, [and so far] she has shown that she is a great teammate and a great player for a coach — almost a coach’s perfect player,” Escudero said.

In a similar vein to Chiang’s conviction, the new point guard on the men’s basketball team, freshman Jeremy Major, also chose Pepperdine earlier on. Major committed to Pepperdine in January of his junior year, before the typical college recruitment process had fully started. He first heard about Pepperdine through recruitment in his junior year and initially had no intention of coming here.

A Southern California local from Pasadena and a graduate of Maranatha High School, Major said one of the most important factors in his decision for a college was location. Having been very close to his mother all his life, Major wanted the opportunity to stay close to home. Barely an hour’s drive away now, Major anticipates that his mom will be at every home game, if possible.

Ranked in ESPN’s top 30 seniors in the state/country, all-CIF three years in a row and the MVP of his league, Major had no lack of offers from universities across the country.

Describing what he was looking for in a college, Major emphasized location, academics, the quality of the coaches and the dynamics of the team. The latter two were particularly satisfying for him.

His first impression of Coach Wilson and men’s basketball Associate Head Coach Bryant Moore, who were key in recruiting Major to Pepperdine, was how genuine they were. Major has also since bonded with the team. Fellow freshman and roommate Lamond Murray and sophomores Stacy Davis and Atif Russell are now amongst his close friends whom he calls his “brothers on and off the court.”

Major acknowledges that Pepperdine over the past several years has not been as good of an institution for basketball as it used to be. He looks forward to being a part of changing that and having “both feet in,” as Wilson calls it.

“We have a young team, and [we will] obviously make some mistakes. [We’re] hoping to build each year, taking the steps now, and our future’s looking bright,” Major said.

Commenting on what made Major an attractive recruit, Wilson talks about Major’s athleticism as well as his personality, commitment, loyalty and powerful leadership skills, describing Major as a great fit for Pepperdine:

“He’s going to play a lot for us. I’ve already been able to rely on him, even as a freshman. We have a lot of youth, a lot of skill, a very good, unselfish group that wants to play together and that’s willing to work hard.” 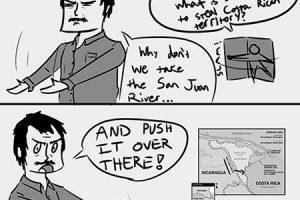 Art by Sacha Irick Why the “big bad wolf” isn’t really that bad at all Lately the world has been attacking the United...
Copyright 2013 Jupiter Premium Magazine Theme
Back to top